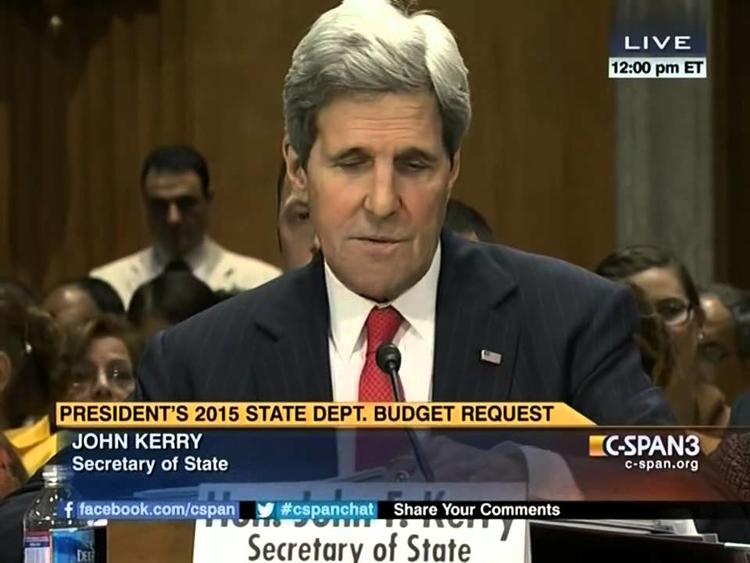 You heard it first here. I had argued on Sunday that that the actions and statements of the far rightwing Israeli Likud government had sunk the peace negotiations with Palestine.

Secretary of State John Kerry gave a similar narrative [my points 9 & 10] on Tuesday before the Senate Foreign Relations Committee for how the peace negotiations he had initiated between Palestine and Israel appear to have faltered, and it caused a stir. He said,

“In my judgment both leaders have made courageous and important decisions up until now. For Prime Minister Netanyahu to release prisoners is a painful, difficult political step to take, enormously hard, and the people of Israel have been incredibly supportive and patient in giving him the space in order to do that. In exchange for the deal being kept of the release of prisoners and not going to the U.N. Unfortunately, the prisoners weren’t released on the Saturday they were supposed to be released. And so day went by, day two went by day three went by and then in the afternoon when they were about to maybe get there, 700 settlement units were announced in Jerusalem. And poof! That was sort of the moment.”

Note that actually Kerry attributed the breakdown to two separate Israeli moves. One was to decline to release the remaining 25 or so Palestinian prisoners jailed before 1993, whose release had been agreed to in the Oslo Peace Accords (a pledge on which Israel reneged, as it did on the whole Oslo process), and which Israel had undertaken to free last August. The second was the announcement of 700 new squatter homes in Palestinian East Jerusalem by fanatical Israeli expansionist, Housing Minister Uri Ariel.

The State Department rushed to affirm that Kerry blamed both sides for the collapse of his talks, but he was pretty plain about what he thought actually happened.

The Palestinians had pledged to delay going to the UN and the International Criminal Court over illegal Israeli squatting on their land, in return for a firm pledge by Israel to release the 100 or Palestinians.

Economy Minister Naftali Bennett slammed Kerry for the admission, saying that Palestinians in the past had attempted to use violence to stop Israelis from putting their homes in East Jerusalem and surroundings, but had failed. Now, he said, such settlements are not ‘poof,’ they are identical to Zionism.

So Naftali Bennett thinks “Zionism” is identical to a set of war crimes in international law and requires disregarding the Geneva Convention of 1949 on Occupied Territories as well as disregarding a raft of United Nations Security Council resolutions.

It is difficult to see how any fair-minded person could avoid being “anti-Zionist” if this lawlessness, coercion and usurpation is what, as Bennett maintains, Zionism entails. (In fact, there are saner versions of Zionism, which is a form of nationalism like other nationalisms).

John Kerry: “I may Fail”