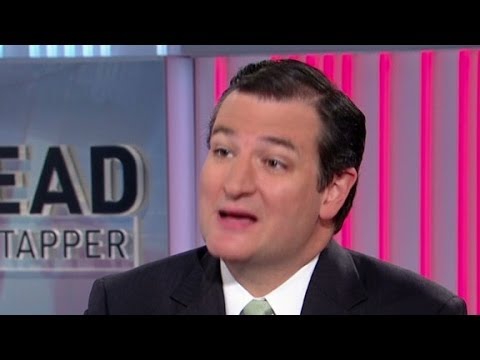 Sen. Ted Cruz criticized Jeb Bush for appearing to downplay the rule of law in arguing that undocumented immigration to the US is a crime of passion, resorted to out of an abundance of love for families in straitened circumstances. Cruz said that such an argument injures the sovereignty of the US and ignores the exploitation that undocumented workers are subjected to by coyotes or unscrupulous people-smugglers. Cruz implied that “Washington elites” feel Bush and some other candidates “won’t rock the boat.”

What is really going on here? The fact is that Latinos are now such a big part of the American electorate (10%) that no one can be president who does not get at least 44% of their votes. Remember that the two parties are typically relatively close in the popular vote, so it is 51% to 49% to win. A majority of Latinos can put the candidate over the top. Likewise, Latinos swung Nevada, Colorado and Florida to Barack Obama in 2012.

But the Republican Party has become the party of angry white men and white evangelicals, who do not want immigration reform and fear their jobs will be taken by immigrants or that the latter will menace their neighborhoods with crime, or that their “values” are threatened by alien immigrants (i.e. in the latter case, they are racists). Only 42% of conservatives support a path to citizenship for undocumented workers in the US, and only 51% of whites support that idea. The Republican Party is largely “white” in its base of support.

In short, a candidate who can win the GOP presidential primaries will find it very difficult to win the general election. Jeb Bush and his advisers are counting on his dynastic appeal to get him through the primaries if he runs, and he is hoping he can attract the kind of Latino vote his brother George W. did (44%, the magic number) in the general election. Jeb Bush’s wife is of Mexican heritage.

Cruz may hope that his Cuban heritage will give him appeal to Latinos even if he opposes immigration reform, so he is free to try to appeal to the angry white men inside the party. I doubt, however, that most Mexican-Americans or other Latino groups will vote for a Cuban-American who has a hard line against immigration reform. That is, class may well trump simple ethnicity within the Latino bloc.