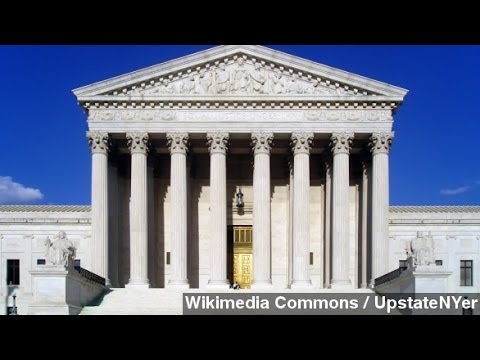 The Supreme Court on Tuesday affirmed that the Environmental Protection Agency has the prerogative to regulate air pollution that spills across state lines. The EPA wants to force 28 states to reduce emissions of sulfur dioxide and nitrogen oxides from their power plants. Sulfur dioxide causes acid rain and breathing problems. Nitrogen oxide causes ground-level ozone, which is a big problem in cities such as Los Angeles.

Even without those two toxic substances, coal plants are a major source of carbon dioxide emissions, which are causing climate disruption and global warming.

The coal industry already lost a Federal court case it brought against the Environmental Protection Agency, which is giving coal plant owners a year to clean up their act and stop mercury emissions. (Mercury is a nerve poison and can produce brain damage). The court held that the EPA is authorized by law to regulate such matters.

Coal power generation can now be replaced by a combination of wind and solar in many states. Natural gas in the US is now often produced by hydraulic fracturing, which is a big emitter of methane gas, an extreme hothouse gas, which should be forbidden lest we cook the planet.