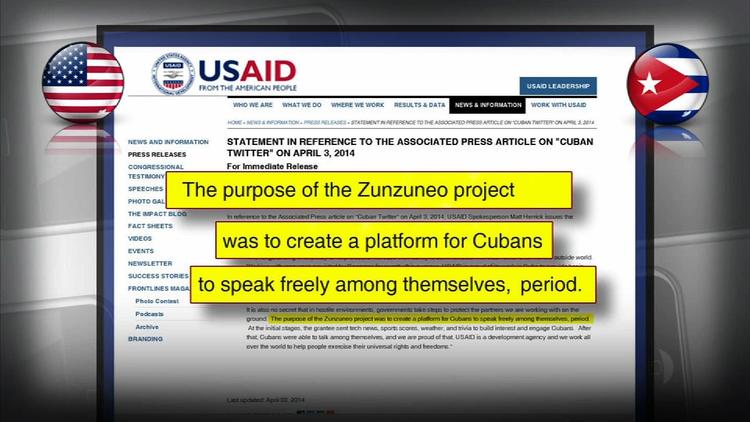 The US Agency for International Development established a microblogging platfrom similar to Twitter for Cubans. It used it to promote critical discussion of the government but also to gather private information of users. Covert operations are supposed to be approved by the White House but it is not clear this one was. The whole thing may have been illegal. Sen. Patrick Leahy said he knew nothing of the project and criticized the use of US AID as the agency to pursue it. He is right. Here’s what’s wrong with this picture:

1. The operation will make developing countries who need US economic aid chary about accepting it from USAID, since leaders will fear that the agency may be trying to overthrow them.

2. The US just gave fodder to conspiracy theories in places like Egypt, where the 2011 overthrow of dictator Hosni Mubarak is often blamed by the Egyptian Right wing on American covert intervention. Tayyip Erdogan in Turkey tried to ban Twitter over such suspicions of outside manipulation. The US is undermining pro-democracy movements among young people around the world.

3. Egypt, Russia and other authoritarian states have been prosecuting NGOs for accepting monetary aid from outside the country. This operation will confirm those countries in their suspicion of US government grants to rights groups, thus damaging the latter and strengthening paranoid policies in the Global South as well.

4. The US government had no business gathering personal data like cell phone numbers from its faux Twitter. The NSA has already deeply harmed the internet with its massive electronic surveillance, including of Americans residing in the US. The internet requires a certain amount of public trust to function and the US government is undermining it.

5. Cuba is not a significant challenger to the US at the moment compared to the spread of influence of al-Qaeda affiliates in northern Syria, center-west Iraq and Yemen. The US if anything is facilitating the extremist groups in Syria. These resources should have been directed at more dire security threats.