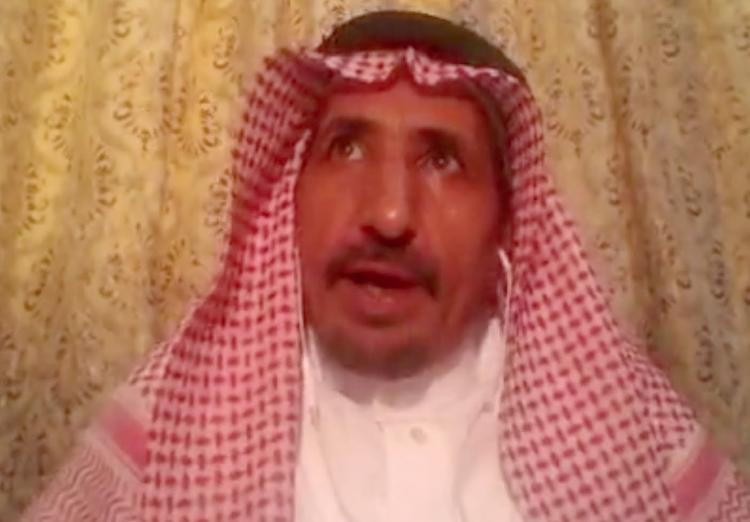 UPDATE: Samar Badawi, the wife of Waleed Abu al-Khair, said that authorities allowed him to speak to her by phone for one minute on April 17, 2014.

Saudi Arabia’s Specialized Criminal Court ordered Abu al-Khair’s detention when he attended a hearing in his case on April 15, 2014. Since his arrest the authorities have not allowed him to contact family members, who had no knowledge of his whereabouts for 24 hours. Abu al-Khair faces charges based solely on his peaceful human rights work, including “breaking allegiance with the ruler” and “making international organizations hostile to the kingdom.”

“Saudi authorities have repeatedly harassed Abu al-Khair for his human rights work, and now they’ve suddenly jailed him without letting him notify his family,” said Joe Stork, deputy Middle East director at Human Rights Watch. “The authorities should free Abu al-Khair immediately and drop the charges against him.”

On February 4, Abu al-Khair lost an appeal of a separate Jeddah Criminal Court conviction for signing statements critical of Saudi authorities, and received a prison sentence of three months.  It is unclear whether his detention is connected with the Jeddah conviction. Police in Jeddah arrested Abu al-Khair on October 2, 2013 and held him for one night for hosting a weekly discussion group for reformists, but prosecutors have yet to file criminal charges in that case.

Abu al-Khair attended the fifth session of his trial before the Specialized Criminal Court on the morning of April 15, travelling from his home in Jeddah to Riyadh. A lawyer, Abu al-Khair is representing himself during the proceeding and did not bring family members or trial monitors to the hearing. After several hours, Abu al-Khair’s organization, the Monitor of Human Rights in Saudi Arabia, released a Facebook statement stating that Abu al-Khair had gone missing and could not be reached by his mobile phone, which was switched off.

[Abu al-Khair is featured in this video about how social media is challenging the status quo in Saudi Arabia.]

On the morning of April 16, Samar Badawi, Abu al-Khair’s wife, travelled to Riyadh to search for him. She told Human Rights Watch that officials at the Specialized Criminal Court informed her that the court had ordered Abu al-Khair’s detention, and authorities had taken him to al-Ha`ir Prison south of Riyadh. Badawi travelled to the prison and confirmed with prison officials that Abu al-Khair was present, but was not allowed to speak with him. She told Human Rights Watch that neither court nor prison officials told her the basis of Abu al-Khair’s detention.

Abu al-Khair is known for his legal defense of other human rights activists, including Abd al-Rahman al-Shumairi, one of the so-called Jeddah reformers, a group of around a dozen men known for their public stances demanding human rights and political reform in Saudi Arabia. Authorities arrested them in February 2007, allegedly for gathering funds for terrorism.

Abu al-Khair is also the supervisor of the Facebook group “Monitor of Human Rights in Saudi Arabia,” whose website is blocked in the kingdom.

His detention comes amid an ongoing campaign to silence human rights defenders and civil society activists throughout the kingdom. In March 2013, a court sentenced Mohammed al-Qahtani and Abdullah al-Hamid, co-founders of the Saudi Civil and Political Rights Association (ACPRA), to 10- and 11-year prison terms respectively on vague charges such as “harming public order” and “setting up an unlicensed organization.” A court in the central town of Buriada convicted and sentenced to prison ACPRA members Omar al-Sa`id and Abd al-Kareem al-Khodr on similar charges in 2013. ACPRA member Fowzan al-Harbi is currently on trial.

Saudi authorities regularly pursue charges against human rights activists based on their peaceful exercise of freedom of expression, in violation of international human rights obligations. The Arab Charter on Human Rights, which Saudi Arabia has ratified, guarantees the right to freedom of opinion and expression under article 32. Under the United Nations General Assembly’s Declaration on the Rights of Human Rights Defenders, everyone has the right, individually and in association with others, to “impart or disseminate to others views, information and knowledge on all human rights and fundamental freedoms.”

“The jailing of peaceful activists shows that Saudi Arabia has no tolerance for those even speaking about human rights and political reform,” Stork said.