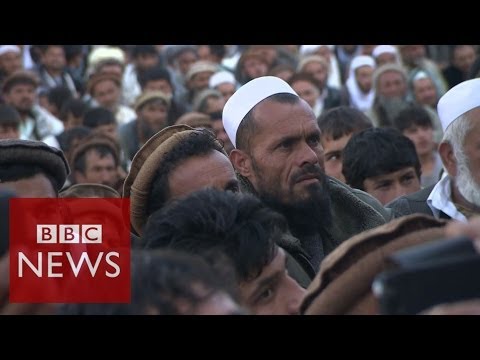 On April
5, the Afghan people will vote in the country’s presidential elections, only
the third in Afghanistan’s history. In addition to the important questions of
who is likely to win the race and what various outcomes will mean for the
future of the country, these elections represent something else – another
attempt at organizing free and fair elections in a weak, war-torn state.

Difficulties
abound, but based on experiences with the 2004 and 2009 presidential elections
in Afghanistan, the challenges that the country has to face to ensure success lie
in three intimately intertwined and basic issues: voting management,
country-wide participation and the perception of elections.

When the
international community and the post-Taliban interim Afghan government first
took up the task of holding general elections in Afghanistan in 2004-2005, one
major problem was immediately apparent, namely that in this conflict/post-conflict
state, which lacks an effective civil registry, the task of organizing and monitoring
voting would be extremely difficult. Somehow the challenge of not knowing how
many eligible voters there were per district or town, let alone being able to
verify the identity of voters (due to a poor ID card/passport system), had to
be circumvented. A decision was made to apply ad hoc solutions such as voter
registration cards and indelible ink (the latter was used to mark fingertips of
voters in order to prevent multiple voting).

The
application of these methods in Afghanistan is so far not without controversy.
The presidential elections of 2009 were marred by much disarray about fraud,
part of which was linked to the use of ink and voter registration cards. The
election process received a legitimacy blow with the news and evidence that the
supposedly indelible ink could be removed relatively easily and that many voter
registration cards ended up on black markets.

The lack
of civil registry and ID/passports continues to be a problem in Afghanistan. Despite
all reconstruction efforts and development money spent since 2001, Afghanistan
remains among the least developed countries that lack proper statistics. No
accurate population count has taken place, and millions of Afghans still do not
have identification documents. Indelible ink and voter cards will be used again
in these presidential elections, despite allegations that millions of
registration cards were circulating on black markets even before this year’s
campaigning began.

A second
issue that these elections have to grapple with is the challenge of ensuring
countrywide participation. Aside from the fact that people in different regions
of the country have to be motivated to participate, there is also an unalleviated security dimension. In 2009, corruption allegations had more to do with
so-called wholesale corruption (such as ballot stuffing) rather than retail
corruption (voting multiple times). The problem of ballot stuffing was
particularly acute in areas that were marked as too dangerous for observers to
visit. According to one source, of the 8,000 polling stations, more than 1,200
went unmonitored because of security concerns. Those areas were also
particularly unsafe for voters due to intimidation and abuse by the Taliban,
who fully reject elections and threaten anyone taking part.

Having
learned from that experience, during the parliamentary elections of 2010,
electoral officials in Afghanistan decided not to open about 900 polling
stations in the most dangerous parts of the country. For the upcoming
presidential elections, election officials are expected to open approximately
7,000 polling stations, while 414 will remain closed. The decision to close
hundreds of polling stations can be defended from a security standpoint, but
that decision has its ramifications in terms of the representation of voters
and countrywide legitimacy.

Approximately
half of all closed stations are in three provinces in the south and west of the
country: Helmand, Farah and Ghor. These places are likely to spiral further
into Taliban control as the government is pushed further away from the local
population there. The closing of stations not only disenfranchises hundreds of
thousands of people, but also sends a clear signal to the local people that
Kabul is rather powerless in these parts of the country. One has to hope that
the government will be able to provide security and protection to election
participants in the areas where polling stations will be open.

Finally,
an issue that is at least equally important and might demand some excruciating
trade-offs by national and international election observers is the perception
of the process. Whether elections are perceived to be relatively free and fair
is a crucial question in assessing the success or failure of these elections.
In particular, it is important for the Afghan population, more than the
international community, to have a sense that the process was (relatively)
proper.

The
previous presidential election ended prematurely when one of the two remaining
candidates withdrew from the second round; Dr. Abdullah Abdullah accused the
government of systematic fraud that favoured his opponent Hamid Karzai. Whilst
it is no secret that those elections were marred by corruption, the actual
scale and nature of fraud never became known. The organization that was in the
best position to carry out a full investigation into those allegations was the
United Nations (due to its access and mandate), yet it decided not to carry
one out. Even though there was much internal disagreement within the UN mission in Kabul about this priority, no UN report examining election fraud
allegations in the 2009 presidential elections was produced. It is believed
that the rationale behind this decision was the reluctance to cause further
political and public unrest around the elections.

With that
experience in mind, one major election challenge is likely to be deciding what the
most appropriate course of action is, should allegations and/or evidence of
mass election fraud re-surface. While it is highly undesirable that some
candidates unfairly manipulate the outcome of the elections, it is unclear what
exactly has to be done if systematic fraud is detected. With the kind of
fragile peace that exists in Afghanistan, tackling these issues directly and
forcefully could be difficult, not to mention instrumental in delegitimizing an
already weak government.

Ensuring
a peaceful transition of power is really the main priority in these elections.
At the same time, one does not want to become complicit in fraud by covering up
election misconduct or manipulation. Election observers and political actors on
the scene have to be careful about consequences of poorly managed elections but
also of poorly managed election perceptions.

Djeyhoun
Ostowar is a part-time doctoral student at the War Studies Department of King’s
College London and a Senior Fellow of Humanity
in Action. Ostowar holds an MPhil degree in International Relations from
the University of Oxford and an Honours BA from University College Roosevelt.