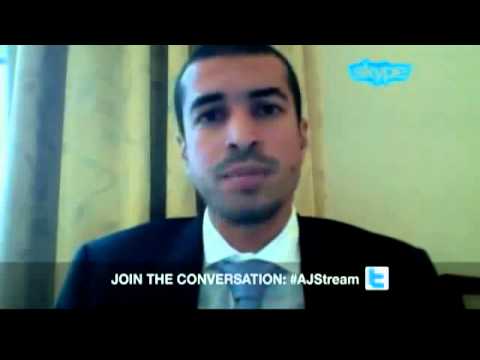 Ever since Bahrainis rose against the government in 2011, emboldened by the Arab Spring, to demand social and judicial reforms be implemented, the state has targeted the Shia community, using repression and oppression to silence calls for freedom and social justice. Threatened by Bahrain’s Shiite majority, the ruling family, who are themselves Sunni Muslims, have transposed their fear of change onto the people, keen to ignite anti-Shia sentiment as they believe only this strategy will allow them to maintain their grip on power.

What the regime has failed to understand is that activists are not seeking to use their faith as a springboard for political advancement. What they have tirelessly campaigned for, however, is complete social inclusion, beyond race, political affiliation or faith. Home to an estimated 361,696 Shia Muslims (which represents over 85% of Bahrain’s total population) the state simply cannot continue to hold an entire people under such shackles of fear. Persecuted by the security forces, vilified by the media, Bahrain’s Shiite community is awaiting vindication.

The human rights group, Shia Rights Watch, based in Washington, has called on the international community and all GCC countries to immediately intervene in Bahrain by demanding that Al Khalifa be made to answer to allegations of torture and human rights abuses. SRW said in a statement: “Bahrain Shia community has been made to live in fear since 2011. An entire people have been unlawfully…How many people will have to die before the world choses to take a stand against anti-Shiism?”

Opposition leaders are eager for comprehensive and meaningful dialogue with the government: “We appreciate the UN efforts to achieve international peace and security and respect for human rights. We are particularly grateful for the UN’s willingness to find a solution for the Bahraini crisis since its eruption in 2011. Today, the Authority is still unwilling to solve the political crisis. The Authority’s misuse of power is threatening the majority of citizens on political and sectarian grounds. We fear that Bahrain may turn into a regional sectarian battle ground due to the Authority’s practice of religious and political persecution wrapped in security agreements.”

Determined to shed light on the real crisis which has plagued Bahrain since 2011 when activists first confronted the regime by calling for reforms, opposition leaders shed light on the issue of anti-Shiism, Bahrain’s own dirty little secret. They noted in the letter, “The Bahraini Authority has imported security forces on a sectarian basis to repress the citizens demanding democratic transition. This has produced regional polarization through categorizing victims on each side by their sect…The systematic religious persecution practiced against Shia citizens, and non-Shia dissidents demanding reform, is a serious threat to regional peace and security and fuels sectarian conflict.”

Activists in Bahrain are said to be disappointed and somewhat bewildered that the international community has so far not taken any real action or even condemned the government for its barbaric methods against its own people. Regardless, the opposition has vowed to persevere in their calls for structural change regardless of the dangers. This is in keeping with their desire to see a responsive and vibrant democratic state where all individuals’ inherent human rights are respected.

For the past 7 years Catherine Shakdam worked as a political risk analyst for Wikistrat – a geostrategic analysis firm – and commentator for the Middle East with a special focus on Yemen. Her writings have appeared in The Russian International Affairs Council, Tehran Times, IRIB, Majalla, Press TV, Foreign Policy Association, Yemen Post, Yemen Today, The Oslo Times, YourMiddleEast, Guardian UK, the US Independent and many more.

from May 5: The Stream – Tensions Escalate in Bahrain