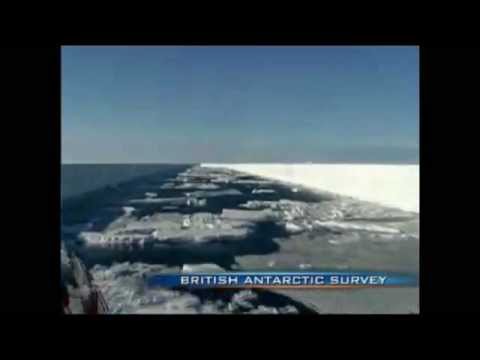 A small amount of ice in the East Antarctic holding back an area of marine ice like a "cork" is at risk from climate change, threatening unstoppable sea level rise that could go on for thousands of years, according to new research.

The findings from researchers at the Germany-based Potsdam Institute for Climate Impact Research (PIK) were published online Sunday in the journal Nature Climate Change.

The researchers used simulations to study an area previously thought to be more stable in the face of climate change, the Wilkes Basin in the East Antarctic.

The National Snow and Ice Data Center describes the Basin as "a large low-lying region where the ice sheet is up to 2.4 kilometers (1.5 miles) below sea level," and, as the PIK researchers write, it "holds the largest volume of marine ice that is fully connected by subglacial troughs."

All that ice is currently held back by a rim of coastal ice acting like a cork, the PIK team describes, but warming oceans could melt that cork.

"East Antarctica’s Wilkes Basin is like a bottle on a slant,” said lead-author Matthias Mengel in a statement. "Once uncorked, it empties out."

That could bring about a global sea-level rise of 3–4 meters [yards], they write.

Though the researchers' simulations showed that it would take five to ten thousand years for all of the ice in the region to be discharged, it is humanity's actions today on reining in greenhouse gases that threaten to set this unstoppable, earth-changing phenomenon in motion.

"By emitting more and more greenhouse gases we might trigger responses now that we may not be able to stop in the future," stated Mengel.