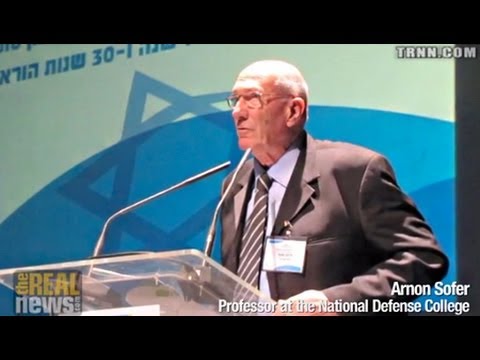 America’s top diplomat, Secretary of State John Kerry, has found himself in a pickle for having used the word “apartheid” when describing a possible future for Israel if it forever remains in occupation of the Palestinian West Bank. This is truly a tempest in teapot.

Kerry simply said what many Israelis say every day in Israel’s vibrant press: that permanent military occupation over the Palestinians in the West Bank will inevitably lead to a form of apartheid in all the lands Israel rules. Two former Israeli prime ministers, Ehud Barak of Labor and Ehud Olmert of Likud, have said the exact same thing as Secretary Kerry, as have countless Israeli scholars, politicians and ordinary citizens. President Jimmy Carter wrote a book making the same point. But Mr. Kerry may not have gone far enough in his analysis. No need to speak of future possibilities: Closer analysis would show that an apartheid regime is already in place in the West Bank.

What does the term apartheid mean when it is used in a serious, analytical way, as opposed to simply as a form of disparagement (kind of like how “fascism” has evolved from a specific political-economic system to merely an insult)? Apartheid refers to a situation where two or more groups of people live in the same geographic territory but for whom separate and highly discriminatory legal statuses apply. In the case of South Africa before 1994, apartheid meant that whites and non-whites living in the same geographic territory had vastly different legal status, meaning that rights traveled with an individual depending on his ethnic or racial group. Modern democracies apply the same rights to everyone within the same geographic territory — no matter their ethnic, racial, religious, etc., affiliation. And this was not a case of “separate but equal,” as non-whites were systematically discriminated against.

Israel’s lawyers have historically argued, correctly, that all military occupations are of necessity problematic in the application of equal laws within a territory and should not have the application of the word apartheid because of the temporary nature of the occupation. U.S. military occupations of Japan and Germany and of Iraq and Afghanistan all made discriminatory legal judgments, usually for the sake of security.

The distinction, the key issue, is the temporary nature of the occupation. In those American cases, the U.S. ended its status as a belligerent occupant of Japan, Germany and Iraq after a few years, and is well on its way out of Afghanistan as well. Israel argued for years that its belligerent occupation (as Israel’s High Court of Justice put it) of the West Bank was likewise temporary, pending the outcome of negotiations, and the discriminatory practices noted above should not be considered as a permanent status — and thus the word apartheid did not apply. This is a correct argument as long as Israel’s occupation of the West Bank is deemed temporary.

When does “temporary” give way to “permanent” to describe Israel’s occupation of the West Bank? Israel conquered the territory in 1967, a full 47 years ago this June. At what point does a reasonable person conclude that Israel’s grip on the West Bank has become permanent, with no reasonable likelihood of withdrawal to the 1967 border or something close to it? If we have passed the point of no return, as I think we have, then the term apartheid becomes an accurate description not only of the current reality in the West Bank, but also of its permanence. The only thing that would then change the apartheid label would be to make West Bank Palestinians full citizens of Israel, thus ensuring that all residents of the West Bank have an equal and non-discriminatory legal status.

John Kerry was completely accurate in raising the specter of apartheid in Israel’s future. He just didn’t go far enough in acknowledging that the concept of apartheid is already well-entrenched in Israel’s rule over West Bank Palestinians.

Glenn E. Robinson specializes in Middle East political issues at the Naval Postgraduate School in Monterey. He has lived in Israel and the West Bank, and did fieldwork in apartheid-era South Africa in 1986. The views expressed are his own.

Mirrored with the author’s permission from The Bakersfield Californian

TheRealNews interviewed Max Blumenthal last fall: “Architect of Apartheid in Israel: “If we don’t kill, we will cease to exist”