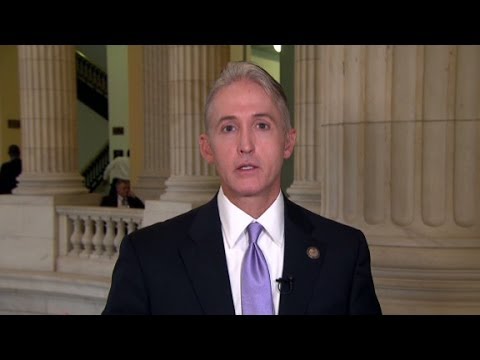 Since Obamacare is increasingly a wildly popular success, the GOP is flailing around looking for an issue, any issue to help fundraising for the fall congressional campaigns. In a vote that will live in infamy, the House GOP has decided to create a select committee to investigate the 2012 Benghazi consular attack yet again. They may as well exhume poor Ambassador Chris Stevens’ body and steal the gold from his teeth fillings.

Since they insist on continuing to purvey the same falsehoods about Benghazi (which I visited a few months before the tragic attack), I continue to post much the same refutation. Some of these points are being revised from an earlier posting.)

1. Republicans keep posturing that their questions about Benghazi are intended to bolster US security. In fact, they are harming it. Republican hearings in the House of Representative have disgracefully revealed the names of Libyans talking to the US consulate, thus endangering their lives and harming US efforts to understand the situation in the country, since who would risk talking to the embassy if they know about Darrell Issa’s big mouth? Moreover, the constant baseless Republican drumbeat about the Benghazi events has caused the State Department to pull dependents from Tunis and Tripoli and keep only a skeleton crew there. These steps have limited US diplomatic activity in two transitional countries of the Arab upheavals of 2011, and so damaged US interests. The real, actual Libya needs US aid and training but all the GOP wants to do is discourage career diplomats from having anything to do with it. This standoffishness on the actual Libya is a US security problem waiting to happen. Sen. John McCain knows better than to behave this way.

2. The GOP figures keep saying that it was obvious that there was no demonstration at the Benghazi consulate against the so-called “film,” the ‘Innocence of Muslims’ that attacked the Prophet Muhammad. But in fact Libyan security officials repeatedly told wire services on September 12 that there was such a demonstration, and that the attack issued from those quarters. An American resident in Benghazi at that time confirmed to me that there were such demonstrations that day. Likewise, Reuters correspondent Hadeel Shalchi, who was on the scene in Benghazi on September 11, 2012, wrote:

The ambassador, Christopher Stevens, and the other Americans were killed after Islamist gunmen attacked the U.S. consulate and a safe house refuge in Benghazi on Tuesday night. The attackers were part of a mob blaming America for a film they said insulted the Prophet Mohammad.

In December ’13 a long NYT article by David Kirkpatrick, based on months of research in Benghazi, which most of the House GOP couldn’t find on a map, confirmed that the militants who gathered in front of the consulate were motivated by anger over the film. Kirkpatrick did challenge the characterization of this gathering as a civil demonstration, saying it was a band of extremists. But my interlocutor in Benghazi did report anti-film demonstrations in Benghazi that day. The secular-minded revolutionary militia that guarded the US consulate for the Libyan government kept the demonstrations far enough away from the consulate gates that they would not have shown up in security videos.

3. What the House should really investigate is who really funded and encouraged the production of that get-up ‘film’ attacking Islam, “The Innocence of Muslims.” It was redubbed after being shot, such that the cast had no idea they were in a bigoted attack film. The makers of the film, including a far right wing American militia figure, sent it determinedly to Egyptian hard line Salafi Muslims until part of it was finally shown on a Salafi television channel. They were clearly trying as hard as they could to provoke attacks on US facilities. Isn’t this a sort of terrorism in itself? Was it a Republican Party black money group hoping to provoke a diplomatic hostage crisis that would damage President Obama’s chances of reelection? Why did GOP presidential candidate Mitt Romney keep comparing President Obama to former president Jimmy Carter in spring of 2012? Carter had been bedeviled by the Iran/ US embassy hostage crisis. Had Romney’s speech writers heard from the US Islamophobic network that there was likely to be embassy trouble that summer and that it might make Obama look weak? Why are GOP leaders so determined to deny that the film helped provoke the Benghazi attack? Are they afraid that sooner or later a link between GOP funders and the film will emerge, and they want to hold themselves harmless? Why do Muslim-hating political campaigns break out regularly every two years in the US, pushed by Republican candidates? Will there be another one in summer-fall of 2014?

4. Benghazi, a city of over a million, is not dominated by “al-Qaeda,” contrary to what Sen. Lindsey Graham of South Carolina has repeatedly said or implied. The city had successful municipal elections in May, just before I got there. The number one vote-getter was a woman professor of statistics at the university. While political Islam is a force in Benghazi, only some relatively small groups are militant, and it has to compete with nationalist, tribal and regional ideological currents. In Libya’s parliamentary elections of July, 2012, the Muslim Brotherhood did very poorly and nationalists came to power. Women won 20% of the seats! The elected Speaker of Parliament, Muhammad Magarief, called for a secular constitution for Libya and a separation of religion and state.

5. Contrary to repeated assertions that it was obvious that terrorist groups were rampaging around in the city, members of the Benghazi municipal council told then US ambassador Chris Stevens that security in the city was improving in summer, 2012.

In fact, one Senator John McCain said during a visit to Libya February 2012, ““We are very happy to be back here in Libya and to note the enormous progress and changes made in the past few months… We know that many challenges lie ahead… but we are encouraged by what we have seen.” Doesn’t sound to me like McCain was running around like Chicken Little warning that the sky was about to fall on US diplomats there. Want to know who else came along on that trip? Lindsey Graham, who likewise didn’t issue any dire warnings in its aftermath.

6. Contrary to the “Libya-is-riddled-with-al-Qaeda” meme of the GOP politicians, there is a strong civil society and tribal opposition to fundamentalist militias in Benghazi, of which Amb. Chris Stevens was well aware. Tripoli-based journalist Abd-al-Sattar Hatitah explained in the pages of the pan-Arab London daily al-Sharq al-Awsat [Sept. 30, 2012, trans. USG Open Source Center]:

“It appears that the simple rule Benghazi’s people thought of applying was based on other experiences in which the radical Islamists or militants in general managed to grow, prosper, and expand by seeking protection from the tribes, as happened in Afghanistan, Somalia, and Yemen. But the civil movements which became very active [in Benghazi] after the fall of Al-Qadhafi’s regime were the ones that formed alliances this time with the tribes, the notables, wise men councils, and civil society figures against the militants. This is akin to the “Sahwat” in Iraq. The alliance managed to expel the brigades from the town and encouraged the nascent Libyan authorities to tighten their restrictions on all armed manifestations…

He adds that [a meeting by secular notables with the tribes] was also attended by representatives from the army chiefs-of-staff and the Interior Ministry as well as a number of members from the National Congress (parliament). “All civil society organizations also took part with us. Everybody consented to issuing the statement against the presence of the [fundamentalist] brigades and we distributed 3,000 copies. “

After the attack on the US consulate, tens of thousands of people in Benghazi demonstrated against the violence and in favor of the US and Stevens. Then they attempted to sweep the fundamentalist militias from the city.

7. Al-Qaeda is not for the most part even a “thing” in Libya. The only formal al-Qaeda affiliate in the region is al-Qaeda in the Islamic Maghreb (AQIM), which is not a Libyan but an Algerian organization. Just calling all Salafi groups “al-Qaeda” is propaganda. They have to swear fealty to Ayman al-Zawahiri (or in the past, Usama Bin Laden) to be al-Qaeda. The main al-Qaeda connection in Benghazi is to Abu Yahya al-Libi, who was killed in northern Pakistan by a US drone strike in June. Some of his close relatives in Benghazi may have been angry about this (depending on how well they liked him), but they are not known to form a formal al-Qaeda cell. There are also young men from Dirna in the Benghazi area, some of whom fought against the US in Iraq. Their numbers are not large and, again, they don’t have al-Zawahiri’s phone number on auto-dial. Sen. McCain was a big supporter of the US intervention in Libya and seems to have been all right with Abdul Hakim Belhadj being his ally, even though in the zeroes Belhadj would have been labeled ‘al-Qaeda.’

8. Ansar al-Sharia (Helpers of Islamic Law) is just an informal grouping of a few hundred hard line fundamentalists in Benghazi, and may be a code word to refer to several small organizations. There are no known operational links between Ansar al-Sharia and al-Qaeda. It is a local thing in Benghazi. This point was confirmed by Kirkpatrick’s NYT report

9. Leaders of Ansar al-Sharia have denied that they directed their organization to attack the US consulate and have condemned the attack.

10. Lindsey Graham and others point to instances of political violence summer 2012 in Benghazi as obvious harbingers of the September 11 consulate attack. But it was a tiny fringe group, the Omar Abdel Rahman Brigades, that claimed responsibility for setting off a small pipe bomb in front of the gate of the US consulate last June. This is what the US statement said last June:

“There was an attack late last night on the United States office in Benghazi,” a US embassy official said, adding that only the gate was damaged and no one was hurt. The diplomat said a homemade bomb had been used in the attack on the office, set up after the 2011 uprising against Muammar Qadhafi and kept open to support the democratic transition “

You’d have to be a real scaredy cat to pack up and leave because of a thing like that, which is what Sen. Graham keeps saying should have been the response. Likewise the same small cell was responsible for attacks on the office of the Red Cross and on a convoy of the British consulate, which injured a consular employ. Security isn’t all that great in Benghazi, though actually I suspect the criminal murder rate is much lower than in any major American city. I walked around freely in Benghazi in early June, 2012, and couldn’t have disguised my being a Westerner if I had wanted to, and nobody looked at me sideways. A pipe bomb and a shooting, neither of them fatal, did not stand out as dire in a city full of armed militias, most of them grateful to the US and Britain for their help in the revolution. You can understand why the Red Cross packed it in after a couple of attacks, but the US government is not the Red Cross.