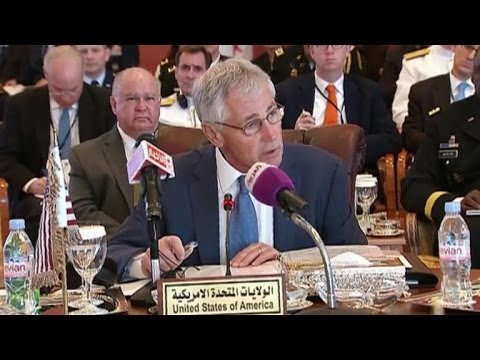 There are signs of a diplomatic thaw between Iran and the Arab oil monarchies of the Gulf. It has just been announced that the ruler of Kuwait, Sabah al-Ahmad Al-Sabah, will make a state visit to Iran. This news comes after it was confirmed that the Iranian foreign minister has been invited to Riyadh, Saudi Arabia.

A year ago, relations between Iran and the Arab oil monarchies of the Gulf were at a nadir. Iran supports the Shiite government of Iraq, supports the Bashar al-Assad Baath government in Syria, supports Shiite protesters in Bahrain, supports populist Muslim fundamentalists in Egypt, Tunisia and Libya, and supports Hizbullah in Lebanon.

Saudi Arabia and its allies support Iraqi Sunni Arabs, support the rebels trying to overthrow al-Assad, support the Sunni monarchy in Bahrain against the Shiite demonstrators, support secular and/or Salafi currents in North Africa against the Muslim Brotherhood, and support Saad al-Hariri (a Sunni) and the March 14 coalition in Syria against Hizbullah.

The Great Arab-Iran Cold War of the past 11 years was worsened by the Bush overthrow of Iraq’s Saddam Hussein (seen by Saudi Arabia as a bulwark against Iran, though Kuwaiti feelings on the matter were more complex). They were worsened by the Shiite take-over of Iraq in 2005, especially the Da’wa (Islamic Mission) Party. Nouri al-Maliki and the Da’wa had a grudge against Wahhabi Islam, the state religion of Saudi Arabia, which is vehemently anti-Shiite. Da’wa staged rallies against Wahhabism at Saudi embassies in Europe, embarrassing the Kingdom.

The split in Lebanon between Hizbullah-Aoun (March 8) and the Sunni-Other Christians alliance in 2005 was also polarizing. Saudi Arabia sees Hizbullah as a mere cat’s paw of Iran in the Arab world and as adventurist– blaming it for provoking the 2006 war with Israel.

The Arab Spring and its aftermath have also exacerbated tensions. The Shiite majority in Bahrain wants a better deal from the Sunni monarchy, but the Al-Khalifa adamantly refuse to consider it and attempted to crush the Shiite protesters. The Saudis and the UAE sent in troops to show support for the Sunni king.

The struggle in Syria turned into a civil war, with Kuwait and Saudi Arabia strongly supporting the rebels, and private billionaires in the two countries supporting the extremist factions among the rebels, i.e. al-Qaeda affiliates. Saudi Arabia was against the Egyptian revolution. But it is inconsistent and supported the revolutionaries in Libya and Syria. In Syria’s case, I think Riyadh thinks that if al-Assad could be overthrown, the Iranians would lose their contiguous bloc of allies stretching from the Iran-Iraq border all the way to the Mediterranean.

The government of president Hassan Rouhani, elected last summer, wants to improve diplomatic relations with the US, with Europe, and with its Arab neighbors. Rouhani’s people have apparently been trying hard to get a hearing in Riyadh.

We learned last week that Saudi Arabia has invited Mohammad Javad Zarif, the Iranian foreign minister, to the Saudi capital.

Why the apparent thaw and move to diplomacy?

1. Bandar Bin Sultan, the former Saudi Ambassador to the US and a hawk, was fired last month as Intelligence Minister, just before President Obama visited King Abdullah in Riyadh. His half-brother was later fired as deputy secretary of defense. Bandar is allegedly fanatically anti-Iran and really supportive of the Syrian revolutionaries.

2. The Bahrain Shiite movement seems unlikely to pose a threat to the Sunni monarchy.

3. Bashar al-Assad has for about a year been winning the Syria war, and the rebels may not seem a very attractive investment any more. Moreover, the most effective fighting forces have declared themselves a branch of al-Qaeda. Saudi Arabia is deathly afraid of the latter. Riyadh recently discovered a terrorist plot in which the major group fighting in Syria (the Islamic State of Iraq and the Levant) became a threat to their own Saudi backers. That episode may soured Riyadh on the most hawkish strategy in Syria. Indeed, you could imagine a Saudi-Iran alliance against al-Qaeda affiliates, now holding territory in northern Iraq and northern Syria.

4. The Obama administration is trying to “open” Iran the way Nixon opened China. Obama is trying to reassure King Abdullah that Iran cannot menace the Kingdom with nuke down the road because the enrichment facilities will be tightly inspect.

No doubt other things are going on that aren’t visible on the surface explaining the new GCC diplomacy with Iran. To the extent that a detente might help peace in Syria, Lebanon and Iraq, and justice in Bahrain, some sort of Riyadh-Tehran agreement would be good for the region.