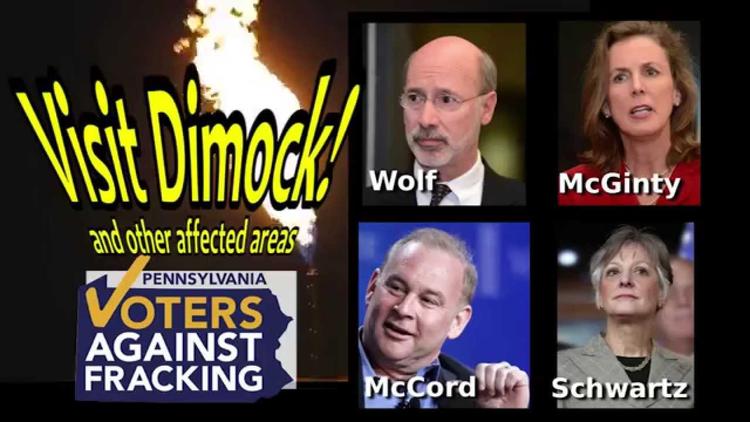 The 150 million Americans routinely exposed to toxic air as a result of oil and gas drilling need better protection from their government, demanded a coalition of 64 environmental and community groups, who on Tuesday filed a petition (pdf) asking the Environmental Protection Agency to set limits on the air pollutants emitted from these wells.

The explosion of oil and gas drilling—largely due to the expansion of hydraulic fracturing, or "fracking," drilling techniques—is putting more and more people at risk, the petition argues, as fossil fuel extraction is now encroaching on communities across Pennsylvania and western states where shale oil and gas are found.

"EPA needs to do its job and protect frontline victims of fracking by reducing the toxic fallout from the practice," said Jim Schermbeck of the Dallas-Ft. Worth-based clean air group Downwinders at Risk.

And despite evidence that at least 100,000 tons of hazardous pollutants—including benzene, formaldehyde, and naphthalene—are being emitted from these sites each year, these emissions have remained largely unchecked.

“More than 150 million Americans now live near oil and gas wells or above shale areas where companies are looking to drill or engage in hydraulic fracturing, and EPA needs to set standards that restrict the hazardous air pollutants they put into the air,” said Emma Cheuse, an attorney with Earthjustice, who filed the petition on behalf of the coalition, which includes Clean Air Council, Clean Air Taskforce, Downwinders at Risk, Environmental Defense Fund, Global Community Monitor, Natural Resources Defense Council, Physicians for Social Responsibility-Los Angeles, Sierra Club, and WildEarth Guardians.

The petition is calling to expand Section 112 of the Clean Air Act so that emission standards can be set on oil and gas production wells and associated equipment as well as to set national emission standards for hazardous air pollutant emissions.  “Oil and gas wells release chemicals linked to cancer, birth defects, and respiratory disease," Cheuse continued, "and the EPA should protect our communities, especially our children, from exposure to these hazards.”

Schermbeck added that "almost a decade of un- and under-regulated fracking has transformed North Texas into a sacrifice zone for the gas industry" with a "well-documented trail of illness and disease" throughout the Barnett Shale region.

Earlier this year, a joint investigation by the Center for Public Integrity, Inside Climate News, and the Weather Channel revealed the toxic impact that the fracking boom has had on the health and well-being of those living near the Eagle Ford Shale in southern Texas.

Through interviews with area residents, the investigation exposed the legacy of these drilling operations in rural America. As one resident who lives a mile within 17 oil wells, told the reporters, "This crap is killing me and my family."

Pro-fracking? But haven’t met the victims?