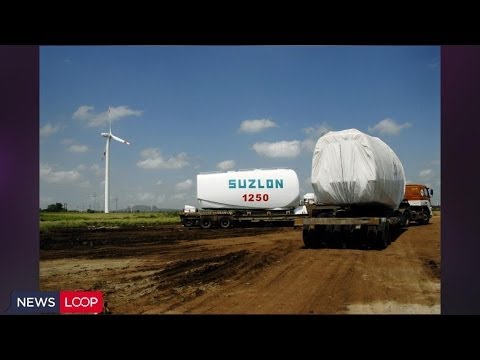 As the price of solar panels drops, they increasingly are being spontaneously bought and installed by villagers throughout the world, who are often ill-served, or not served at all, by the central power grid in their countries. Some remain off the grid once they have gone solar. Just as many countries in Africa skipped the stage of building copper wire telephone transmission lines all over the place, and instead went straight for cell phones, so they may also be able to avoid trying to deliver power through a central grid to everyone. So here are some promising signs:

The new BJP government in India plans to install 20 gigawatts of grid-connected solar power by 2022, and 2 gigawatts of distributed solar power. New PM Narendra Modi says he wants to bring electricity to 400 million poor Indians who lack it.

The Williamson Tea processing plant in Kenya has built a solar energy farm, which will supply 30% of the firm’s energy. Industry is often held back in the global South by intermittent electricity, which idles factories. Solar power can fix this problem.

Indeed, some analysts are saying that solar energy could provide the power to Africa needed for increased economic growth because of its increasing affordability.

Japan’s vegetable farmers are finding that they can put solar panels in their fields without hurting the growth of the crops, and then sell the electricity. They are bringing in 7 times from the solar panels what the land would produce in agricultural revenue. Because of the Fukushima nuclear disaster, Japan is electricity-hungry, and a new sort of solar farming is becoming lucrative among those in crowded Japan who have the space to erect the panels– the farmers.

Central America’s largest solar facility, in Guatamala, is still relatively small by world standards (5 megawatts). But it will power 24,000 homes and in a country like Guatamala, that is huge.

Given the power of Big Oil in North America and the utilities’ dilemma of how to incorporate solar into their business model, it may well be that the US is not where the solar revolution will occur first or most extensively. It may be the poor of the global south, hungry for electricity, which has been scarce in their countries, who lead this revolution.