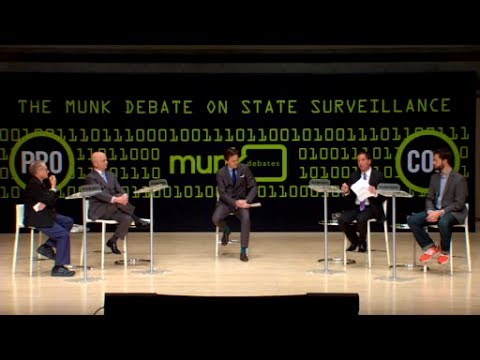 Greenwald vs NSA's Hayden: Glenn Wins in a Slam Dunk

Before the debate, the audience voted 33% in favor of the statement, "Be it resolved state surveillance is a legitimate defense of our freedoms," while 46% voted against. After the debate, 59 percent of the audience agreed with Greenwald and Ohanian.

Edward Snowden also made an appearance via video link at Toronto's Roy Thomson Hall during the semi-annual Munk debate.

"It's no longer based on the traditional practice of targeted taps based on some individual suspicion of wrongdoing. It covers phone calls, emails, texts, search history, what you buy, who your friends are, where you go, who you love."

Here is the Snowden video:

Greenwald opened the debate by condemning the NSA's own slogan, which he said appears repeatedly throughout its own documents: Collect it all.

"What is state surveillance? If it were about targeting in a discriminate way against those causing harm, there would be no debate," said Greenwald. "The actual system of state surveillance has almost nothing to do with that. What state surveillance actually is, is defended by the NSA's actual words, that phrase they use over and over again, 'collect it all.'"

Hayden and Dershowitz spent the rest of the hour and a half or so denying that the pervasive surveillance described by Snowden and Greenwald even exists and that the ongoing surveillance programs are necessary to prevent terrorism.

"Collect it all doesn't mean collect it all!" said Hayden, drawing laughs from the audience.

Greenwald is now a columnist for First Look Media.

The video of the debate is embedded below, but you have to skip ahead to 29 minutes.