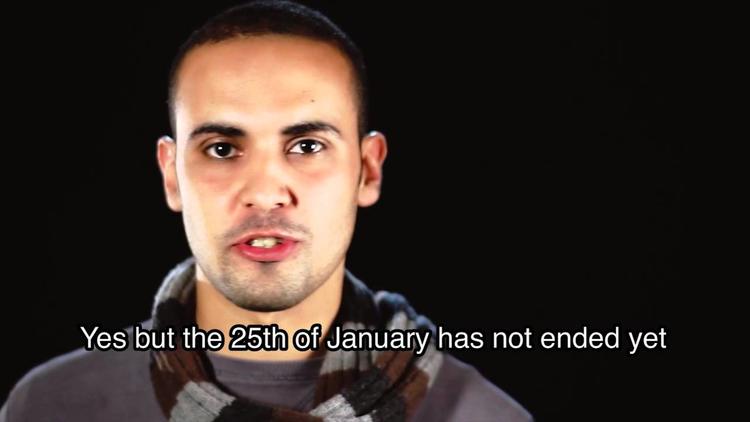 “You can’t go on stage and say this,” the state-owned theater director told me.

“How do you suggest I say it otherwise?” I replied.

“So when someone pinches my ass and another tells me ‘I want you to suck my dick’, you expect me to share my story on stage just by saying they did something inappropriate?”

“So it’s ok for me to hear it on the street but it’s not ok for you to hear me tell the story?”

I live in Cairo, where I am constantly warned against sharing stories that expose the ugly reality in my work with Egyptian women who are harassed, raped, abused and objectified.

There is premarital unprotected sex, and the reason it is unprotected is because society forbids any attempt to spread awareness of the consequences, for fear that this would be taken as a sign of approval for a ‘sinful’ act.

Sometimes it feels as though Egyptian society knows what is happening to women here, but it has collectively – and silently – agreed to not talk about it.  Or to talk about it and belittle it, to make it seem like a trivial issue that is secondary to the long line of ‘real’ priorities.

Something similar happened after the first days of Egypt’s revolution. People took to the streets on the 25th of January 2011, and again on the 28th, and stayed in Tahrir Square for 18 days demanding the fall of the regime.

When the regime did fall, different groups took to the streets for different causes. But when a group of women marched on International Women’s Day in 2011 to remind people that the Egyptian constitution still does not guarantee the rights of women, they were mocked and told to go home.

‘We have a revolution and a country to build now, Now is not the time for side issues. We have to remain united, and this is not a collective cause.’

Even though I have my own reservations about the discourse of feminist organizations in Egypt, I was appalled by what happened to them during that march. Not only were they mocked, but men in Tahrir square harassed and assaulted them.

Last April I took part in a panel discussion on “Art in Egypt,” when a journalist stood up and asked me if I intended to work on performances again that addressed collective priorities – like those I directed in 2011 about stories from the revolution – “rather than issues that do not necessarily concern the mass audience.”

By that he meant the stories of women.

Deep-rooted prejudice like this is why I established the “BuSSy project,” also known as the “BuSSy Monologues,” in 2006. We offer Egyptian women a free, open and uncensored space on stage to share stories from their daily lives, initially on the campus of the American University in Cairo (AUC)

A performance of true stories is produced during a series of workshops and interviews with women. Sometimes women share their own stories and at other times they step up to share stories of other women who prefer to remain anonymous.

Over the last eight years of the project I’ve witnessed countless stories that expose the patriarchal two-faced society I live in. Women have stepped onto the stage to share stories about brutal verbal and physical harassment on the street and behind closed doors. Others speak about the condescending treatment they get at work from their male bosses who use language like ‘babe’, ‘sugar pie,’ and the ultimate familiar question that is posed in unjustified late night phone calls: ‘What are you wearing?’

Women have shared brave testimonies about Female Genital Mutilation, and talked about the unrealistic standards of beauty that force many into long hours in the ‘torture chamber’ – a term used by one of our storytellers to describe the beauty salon. They have spoken about Egypt’s forever-trending topic of ‘arranged marriages,’ sharing stories of how they were forced or pressured by family or friends to be exhibited like retail products for potential grooms.

In Arabic, “BuSSy” means “look.” Those who speak some English also realize that it might be a play on words – as in “BuSSy” and “pussy” – which sometimes gets the project into trouble.

“Hmm, the owner of the venue said you can’t perform here because the name of the show is inappropriate,” one theatre coordinator told me.

But because I don’t want the project to be bad-mouthed or develop a reputation that has nothing to do with it’s actual content, I have tried to divert people’s attention by writing the name in Arabic letters. That hasn’t worked either.

The mere idea that these are real stories of real women raises eyebrows and brings out smirks.

In 2010, we decided to expand the project to incorporate stories from men, and to operate outside the AUC premises, but soon we were slapped in the face by the sad reality of ‘freedom of expression’ in Egypt. Yes, the scripts do contain stories that tackle sensitive topics, even taboos, but there isn’t a word or phrase that someone can point out as illegal or seditious.

We were already practicing a fair amount of self-censorship. Nevertheless, we were still turned down by any number of venues. “El Sakia”(one of Cairo’s renowned cultural venues) asked for a censorship permit, and then rejected us when we had one. Weeks later we were told by the coordinator of theater performances that El Sakia’s director had a lot of objections to our script, and found our name inappropriate.

Sending scripts to the State Censorship on Arts was a whole other experience – an old and bureaucratic non-functional government office with employees that have no experience of the Arts, and who file reports to the country’s State Security Department in the Ministry of the Interior. But they were competent enough to censor things like ‘I want to sleep with a girl,’ curtailing the sentence at a meaningless ‘I want to.’

In the end we performed on a stage in a Cairo Opera House coffee shop that we set up with a small budget taken from our salaries. It was the only space we could find.

The next day, after our first performance, we were informed that members of the State Censorship on Arts, the Tourism Police, State Security and the Behavioral Police (a police department in Egypt mainly concerned with prostitution and arresting couples who make out in public) had come to the theater and wanted to stop the show.

“Or else?” I asked the person who had offered us the space.

“You don’t want to know the or else part,” he replied.

As a result we had to mime half of the script because we couldn’t put the only person who supported us in trouble.

Despite this long sequence of disappointing events, a lot of people were left feeling more courageous as a result of the BuSSy Monologues. We are now more accepted, and we have a small circle of supporters who we call our family. We’ve stopped practicing self-censorship, and we refuse to deal with any theater that requires a state censorship permit or asks to read the script in order to make cuts.

It’s amazing to see both men and women in a male dominated society share similar stories of insecurity, which challenge the stereotype that all women are victims and all men are oppressors. The real oppressors are ignorance and backward traditions.

“I was never allowed to cry or show any signs for weakness.”

“They mocked me at school for not having grown hair on my chest till high school.”

“I refused to wear a swim suit because I was scared they’d make fun of my ass.”

“I know how they undress every woman they see, so every time I walk down a street with her I feel the urge to punch every passing male. It eats me up how they look at her.”

These are all lines taken from stories told by men about their experiences.

Relegating the right to exist safely and freely to a secondary or trivial concern is actually another form of oppression. A society that won’t allow you to live your life the way you want to will tell you that this freedom is unimportant.

But to me and others who work with BuSSy, stories express a collective need for liberation from all that is ignorant, oppressive and enforced.

Each story speaks for several hundred more that are unspoken. Every time someone goes on stage to share something that others label as taboo, they challenge the mental barriers of society, and pave the way for a place where openly talking about our issues is no longer considered a crime or a sin.

If that’s considered trivial, I don’t know why we took to the streets of Cairo in 2011.

Sondos Shabayek is the founder and director of Tahrir Monologues, a theatre project that presents true stories from Egypt’s revolution. She is also the director of the BuSSy Project, which enables women (and now men) to tell their own stories on stage.