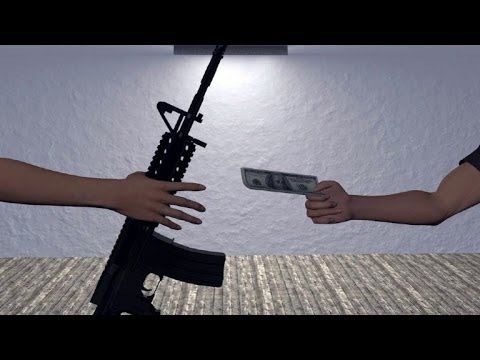 The mentally imbalanced individual who hunted down UC Santa Barbara students and knifed three and shot 6 of them to death, wounding with gunfire 7 more, on Saturday, used a semi-automatic handgun. The most popular such weapon is a Glock. It is not an automatic weapon, meaning you have to squeeze the trigger each time to fire. But it is much easier to get off many shots one after another than in the case of a traditional pistol. The magazine for the Glock 17 has 17 rounds; one can get a high capacity magazine of 33 rounds. High capacity magazines and some semi-automatic weapons were banned in the Clinton era. But the gun manufacturers have bought Congress, so that that ban could no longer be implemented.

Let us not pretend that this is about hunters and hunting, folks. Anyone who shoots deer with a Glock should be denied sex the rest of their lives the way the Santa Barbara shooter complained he was. Having a hand gun in the house also does not make anyone safer; family members shoot each other with them or commit suicide with them when temporarily depressed; and burglars wrestle them away and shoot the owners with their own weapon, or the owners end up being charged with murder for shooting an unarmed burglar. Plus people are not well. I figure at least 20 percent of the US population has mood disorders or other mental problems such that you really wouldn’t want to see a gun in their hands. Nor is it about the actual, historical, 2nd Amendment. Our current legislative program in the US is “a semi-automatic high capacity weapon in the hands of every mentally unstable person.” But since Congress is also determined to pump 50 billion metric tons of CO2 into the atmosphere in the next decade, which will pretty much sink us, the mania about everyone having guns is not the most dangerous hysteria currently gripping our country.

Number of suicides by Firearam in England and Wales, 2011: 84