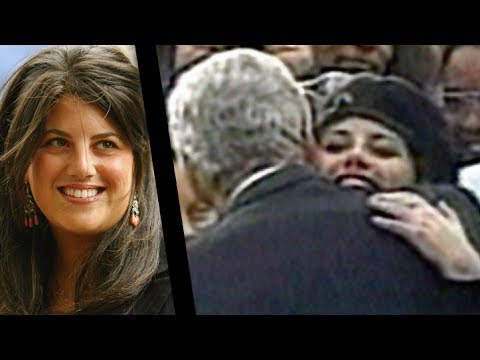 The reemergence in the news of Monica Lewinsky is also a reminder of one of the lowest deeds in modern politics, the impeachment of Bill Clinton by House Republicans in December of 1998.

What is too little noted is the effect of the GOP circus on our national security. The partisans howled that Clinton’s August 1998 Tomahawk missile strike on Usama Bin Ladenin Pakistan was mere “wagging the dog” (military action taken as a distraction from domestic political problems). The strikes came in the midst of the Republican witch hunt against Clinton for the affair. The inability of the administration to gain bipartisan support, or strong public support (given the braying of the Limbaughs and other carnival freak acts of the Right), for concerted action against al-Qaeda allowed the organization the breathing room to plan out the 2000 attack on the USS Cole off Aden in Yemen and then the September 11, 2001 assault on the United States. There was a time when members of one political party loved the interests of the country more than they hated the other party.

“CLINTON: What did I do? What did I do? I worked hard to try to kill him. I authorized a finding for the CIA to kill him. We contracted with people to kill him. I got closer to killing him than anybody has gotten since . . . I tried and I failed to get bin Laden. I regret it. But I did try. And I did everything I thought I responsibly could… The entire military was against sending Special Forces in to Afghanistan and refueling by helicopter. And no one thought we could do it otherwise, because we could not get the CIA and the FBI to certify that Al Qaida was responsible [for killing Americans] while I was president. ”

The Republican engineering of doubts about the administration’s motives in pursuing al-Qaeda forcefully demonstrably had a negative effect on the morale of the security establishment. Journalist Susan Page wrote in late fall, 2001, on the question of whether the Clinton team did all they could: , “Interviews with more than two dozen senior officials who worked in or with the Clinton administration on terrorist issues reveal an answer that lacks black-and-white clarity. The bottom line: The Clinton administration took significant steps against bin Laden but, reluctant to lose American lives and fearing a lack of public support, decided against the most aggressive responses.”

The Clinton counter-terrorism team, especially terrorism czar Richard Clarke, had fair information about the character of al-Qaeda. They suffered from lack of good intelligence on the ground in Qandahar and elsewhere (the Bush administration failed to find Bin Laden for 8 years despite having military occupied Afghanistan and penetrating Pakistan with intelligence operatives; imagine the dearth of intelligence in the 1990s). But you have to wonder whether they didn’t back off Tomahawk strikes and other direct action against the al-Qaeda leadership after the “wag the dog” charge gained traction. They knew that such counter-terrorism was risky and could go wrong. And they knew who exactly the “contract on America” GOP in the House would blame if anything went wrong.

The Republican Party’s partisan and venal purveying of a minor affair into a matter of state was not driven by morality or law. As comedian Jerry Seinfeld observed at the time, “Lying about sex? Everyone lies about sex. Without lying, there would be no sex.” Many of the Republican representatives who led the impeachment effort, including Newt Gingrich, had had well known affairs, which they had concealed from their publics.

The mystery is why anyone cared. The Puritans still haunt America. In contrast, French President Francois Hollande came to office having abandoned his wife (a former presidential candidate herself) for a girlfriend, whom he in turn later abandoned, once in the presidential palace, for a film star with whom he made assignations on a motorbike. His popularity ratings went up slightly when the matter became public.

The GOP tactic worked as politics. Clinton was enormously popular and would have been a formidable campaigner for Al Gore, who, however, was afraid to be seen with him on the campaign trail in 2000. So the vicious politics of reputation gave us a president who had been a notorious philanderer and alcoholic for 20 years, who demoted the terrorism czar from a cabinet position so that Clarke had trouble calling meetings on al-Qaeda in 2001, and who later deployed the tragedy of 9/11 as a pretext for invading and occupying Iraq, which had had nothing to do with it. Because the Republican Party is naturally a minority party in national election– a coalition of the 1% with farmers, some small town folks, and some white surburbanites, it feels forced to create scandals and talk about impeachment in order to level the playing field.

The current GOP witch hunt over the Benghazi attacks is also bad for US security. The State Department is being forced into a posture of risk avoidance rather than forceful diplomacy. The embassies in Libya and Tunisia have been manned by skeleton crews since 2012, contributing to the US inability to play a role in the aftermath of the Arab upheavals. The US embassy in Sanaa, Yemen, was closed last week after some al-Qaeda attack in the capital. The GOP’s hysteria about seeking to blame the administration is hurting our political reporting and ability to make and maintain contacts. It is deja vu all over again.