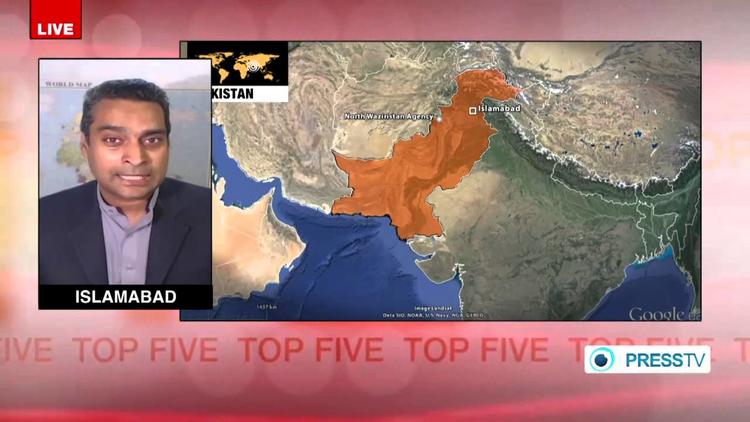 The Fox News commentators who say that the Muslim world is not doing enough to police its own extremist movements don’t actually seem to be reading the news. If anything in a number of countries they’ve gone overboard with a Bush style ‘war on terror.’ To wit:

1. On Wednesday, the commander of Libya’s Air Force joined with self-proclaimed general Khalifa Hifter in the latter’s campaign against religious extremist groups and against parties of political Islam, especially the Muslim Brotherhood. The Interior Ministry was also said to have swung to him for a while, but the deputy minister has denied this assertion. It is possible that a substantial group of police support Hifter’s “Dignity Campaign” against the dominance of fundamentalist militias and of a slight minority of parliamentarians who nevertheless have managed to take over the General National Council. Likewise Libya’s ambassador to the UN and the Culture Minister have declared for Hifter. The navy chief of staff, a Hifter supporter, survived an assassination attempt on Wednesday morning. Hifter denies receiving money from Egypt but says he does want to meet Abdelfattah al-Sisi, the general who made last summer’s coup against the Muslim Brotherhood. Hifter is agitating for the General National Council to be replaced by an interim judicial panel until new elections, now set for late July. Hifter does seem to be trying to make a secular-nationalist coup and says he wants to wipe out the Muslim Brotherhood. That is the polarizing rhetoric common in Egypt now, which refuses to see a difference between civil supporters of the dream and a terrorist group. Worse, Hifter may be a sort of nationalist extremist himself.

2. The government of Nawaz Sharif in Pakistan has launched air and ground campaigns against the Pakistani Taliban in the tribal belt near Afghanistan. Some 71 extremists were killed in these engagements, with four government soldiers dead. The Obama administration had been trying for years to get Pakistan to conduct a big campaign against its Muslim extremists. As the US prepares to leave Afghanistan mostly or altogether, Sharif may feel a new urgency in dealing with the problem. In Pakistan, unlike Libya, the government’s new seriousness in taking on extremists is not spilling over onto the Jama’at-i Islami, the major civil society grouping of Muslim fundamentalists. Rather it is targeting actual terrorists, the Movement of Pakistani Taliban, who have killed scores of innocents in bombings.

3. If Iraqi PM Nouri al-Maliki manages to return to power as prime minister, he may well launch a campaign against the Islamic State of Iraq and the Levant, which holds entire neighborhoods of major Sunni cities like Falluja and Ramadi. Al-Maliki was persuaded to hold off by local tribal elders, but the latter have not delivered. Without an election hanging over his head, and given the political weakness of the Sunni opposition, he might decide to try to crush the al-Qaeda affiliate.

4. Former general Abdel Fattah al-Sisi’s “war on terror,” by which he actually means a war on pluralism and especially on the Muslim Brotherhood, was vindicated at the polls. Expatriate Egyptians voted early and their votes have been tabulated. They overwhelming supported al-Sisi, giving him 94.5 percent of the vote. Al-Sisi, if he wins the presidency, is likely to continue his campaign against the Muslim Brotherhood. Al-Sisi’s campaign is the least honest of those covered here, since he surly knows that most Muslim Brotherhood members are not in fact terrorists. He has even made it illegal to interview a Brotherhood member directly and to say anything nice about the movement. If you want to drive people into being terrorists, you often can.

5. The Obama administration has sent 80 special operations troops along with drone support to the African country of Chad, allegedly to search for the hundreds of girls kidnapped by the extremist Boko Haram movement. Although it is true that Boko Haram operates in nearby countries as well, it doesn’t make sense to me that you would start with Chad. Does this have something to do with Libya, actually?