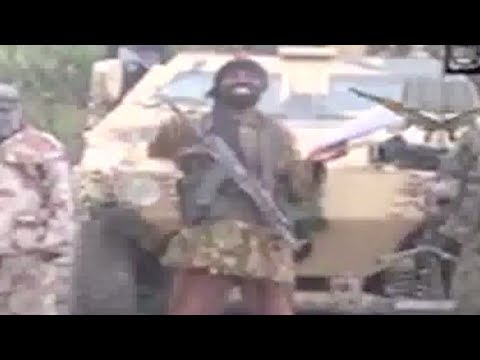 The horrific story of the kidnapping of nearly 300 girls from their school in Borno Province, northeastern Nigeria, by the Boko Haram terrorist group has again underlined the problem of violent fundamentalism in Africa. Reports say more kidnappings have been undertaken today.

Boko Haram, which was founded in 2002, has many resemblances to its Christian counterpart in northern Uganda, the Lord’s Resistance Army (LRA).

Both groups have a holier than thou attitude to fellow believers. Joseph Kony, an ex-Catholic leader of the extremist Christian Lord’s Resistance Army, says he wants to impose the biblical Ten Commandments in a literal way. Christopher Hitchens wrote of Kony as described by an ex-associate, saying Kony “has found Bible justifications for killing witches, for killing pigs because of the story of the Gadarene swine, and for killing people because god did the same with Noah’s flood and Sodom and Gomorrah.” Kony also upholds male dominance, urging polygamy; he has allegedly fathered dozens of children with several wives. Both are characterized by magical thinking. Kony teaches that wearing a Christian cross is protection from enemy bullets. Kony led an insurgency to overthrow the Ugandan government but failed, and was forced into exile in the Central African Republic.

Kony and his men kidnapped thousands, perhaps tens of thousands of children, inducting them into his paramilitary. At its height it was alleged that Kony had 104,000 soldiers, many or most of them involuntary child soldiers.

Kony wanted to overthrow the Ugandan, but its army defeated his child soldiers, and his army was scattered. He is now a fugitive with a smaller band, perhaps in the Congo. President Obama sent a small troop contingent to Uganda to help with mop-up operations against his movement.

Boko Haram is the Nigerian Muslim counterpart of the Ugandan Christian LRA. It was founded in 2002. It has sometimes been called a Nigerian Taliban. It wants to overthrow the Nigerian government. In the past few years its adherents have killed thousands. It has melded with local criminal gangs and sometimes does bank robberies. Its leader, Abubakr Shekau, speaks of imposing a literalist understanding of Muslim canon law or sharia. The movement reacted against the legacy of colonial education, forbidding Western-style schools.

Borno province where the kidnappings took place had been autonomous until 1967 and is not tightly integrated with the Nigerian state. It had been a set of medieval emirates and the emir families are still notables. It abuts the Cameroons, where Boko Haram also has bases.

In both movements, weak government played an important part. Such movements are quickly defeated in countries with good militaries. the important task of increasing governmental capacity has to be pursued by the UN and other multilateral organizations. In the modern world, for any large patch of it to be poorly governed is a potential threat to us all.

Likewise, both movements depend on status inflation. If a group could get extra status for some pious deed, these fundamentalist extremists would seek even more status by performing it hundreds of times. This striving for extra religious status underlined that most adherents were not from wealthy or educated families. But seeking status through extremist religion also often betrays the spirit of the religion itself. The Muslim tradition never forbade women to be educated, and Muslim scripture encourages both sexes to seek learning.

Both groups turned into insurgencies, seeking the overthrow of their government. Both prey on children in areas of weak government or conflict situations. The Lord’s Resistance Army routinely kidnapped and raped girls.

One difference between the two is that the LRA was hierarchical, with Kony clearly the central leader, and when he suffered reversals it deeply harmed his movement. Boko Haram in contrast is a set of loosely related cells without a central leadership, which in a way makes it more difficult to defeat.

Just as in the end Uganda and other regional states got their act together in confronting the LRA, Nigeria faces a crucial turning point in its postcolonial history. Can President Goodluck Jonathan and his military recover the girls and take on Boko Haram? The case of the LRA shows that united and concerted action by African governments can defeat such extremist movements without outside intervention, though the US and others did lend a small amount of support in recent times. The Economic Community of West African States (ECOWAS) has a military cooperative dimension. But it was late to the game in Mali, and it remains to be seen if it can help in dealing with Boko Haram. President Obama’s sending of some military advisors should be supplemental to an African military push. Otherwise, Africa had enough Western intervention in the 19th and 20th centuries to last for a while.

Time from a couple of years ago: “The Lord’s Resistance Army Hunts Children in Sudan”