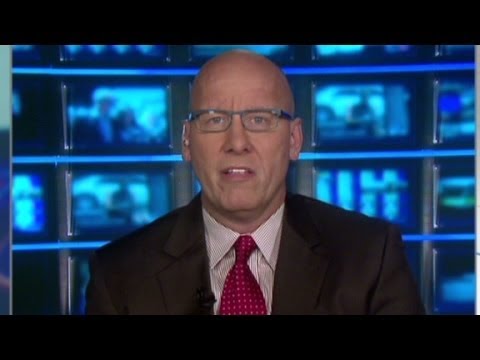 Economic conservatism contains an implicit hierarchy. The rich are better and more deserving than the poor of political influence because they are hardworking and wealth-creators and the actual tax-payers. That most of the rich are increasingly born with a silver spoon in their mouths and many haven’t done a day of honest physical labor is covered up. That many make their money in finance in ways that actually destroy jobs or ship them abroad is covered up. That the wealthy get the lion’s share of benefit from government, so that it is only just that they pay most of the taxes, is covered up. The working poor, who are poor because they aren’t paid a living wage (as with Scrooge Walmart), are covered up.

In contrast, cultural conservatives highlight identity issues, especially racial and gender hierarchy. Cultural conservatives implicitly believe that men are superior and should be in control, and are threatened by professional and by powerful women, as well as by developments (such as abortion and birth control) that free women from patriarchy and from religious control. Cultural conservatives say they are committed to democracy, but they are convinced that half the population is freeloaders who don’t really deserve the vote, and lately they’ve been trying to figure out a way to keep that half from voting.

There is an implicit racial hierarchy in cultural conservatism. Whites (increasingly including Jews and non-Latino Catholics) are at the top of this hierarchy and disproportionately wealthy; they are the ones alleged to have a powerful work ethic. African-Americans, Native Americans, Latinos and Asian-Americans are at the bottom. It isn’t acceptable for racial conservatives to voice these sentiments openly any more, but the sentiments are widespread and powerful, and communicated through racial codes known as dog whistles. Thus, minorities are disparaged for needing food stamps or welfare. A phrase such as “welfare queen” is racially loaded even though it lacks an explicit reference to race (in fact, half of the American poor are white and many European-Americans need public assistance at some point in their lives).

Since American discourse changed with the Civil Rights movement, when conservatives slip up and say what they actually privately think, they get into trouble. Thus, conservative radio and t.v. personality Don Imus, who was among the more powerful men in Washington, referred to African-American women basketball players as “nappy-headed ho’s.” He disparaged them as racially distinct because of their hair, and as morally inferior (implying they were from poverty-stricken backgrounds and forced into at least occasional prostitution.) Being rich and being moral and being white all go together in this primordial American conservatism. The women athletes in question were in fact mostly from middle class families and were outstanding students who made time and effort to excel in sports as well. They exemplified the values of hard work and entrepreneurial spirit that conservatism purports to uphold, but Imus put them down because their character was over-ruled by their (low) place in the gender and racial hierarchy of cultural conservatism.

Donald Sterling’s leaked comments and his interview with Anderson Cooper betray this conception of racial hierarchy, which is more widespread in the contemporary US than is usually admitted, but which is seldom publicly articulated.

He told his girlfriend V. Stiviano, after complaining about her posting photos with African-Americans like Magic Johnson to the internet,

“Donald Sterling: It’s the world! You go to Israel, the blacks are just treated like dogs.
V. Stiviano: So do you have to treat them like that too?
DS: The white Jews, there’s white Jews and black Jews, do you understand?
V: And are the black Jews less than the white Jews?
DS: A hundred percent, fifty, a hundred percent.
V: And is that right?
DS: It isn’t a question—we don’t evaluate what’s right and wrong, we live in a society. We live in a culture. We have to live within that culture.”

Although Sterling maintained that he was not making a value judgment in upholding the discrimination in Israel against Jews from Ethiopia, Yemen, and Morocco (and against non-Jewish black African immigrants, not to mention against Palestinians), he clearly was. He was saying that Israeli society is characterized by a racial hierarchy which is “natural” and must be accepted. Further, he was comparing that Israel racial hierarchy to the one in the United States and arguing that both are “natural” and must dictate behavior if one is to get along.

In his ill-considered interview with Anderson Cooper, Sterling again brought up Jews: “That’s one problem I have. Jews, when they get successful, they will help their people, and some of the African-Americans — maybe I’ll get in trouble again — they don’t want to help anybody…”

He condemned Magic Johnson for sleeping with too many women and contracting HIV (he incorrectly said “AIDS”) and for not helping his people. All of Sterling’s assertions about Magic are incorrect– he has a major charity. And, Sterling allegedly has been with many escorts himself. Cultural conservatism always involves a great deal of hypocrisy, such that breaches in conventional morality are mercilessly condemned in others but forgiveness is always sought for the conservative. As for Sterling’s assertion of the virtuousness of American Jews, in fact there are plenty of exploited working class Jews, and there are poor Jews, and it isn’t the fact that the wealthy in the community necessarily take care of their own. As comedian Lewis Black points out, “it’s not a team.” But the myth of Jewish communal solidarity is important for Sterling as a contrast to feckless minorities, in order to maintain his hierarchy. A similar myth of the virtuous, generous white wealthy elite exists in WASP circles.

The invocation of HIV is also part of this racial hierarchy. The lower races, Sterling is saying, cannot contain their appetites and so are exposed to debilitating disease. But HIV is a virus and does not care about morality or race, and 1.2 million Americans have it. We need to devote societal and government resources to defeating it for the sake of humankind, and out of empathy for all its victims, rather than using it to denigrate people.

As with American conservatism, so with Zionism, there are many strains. But a Zionism that is latently about racial hierarchy is an important such strand, and my suspicion is that it is among the attractions of it for “Christian Zionists” in the US south, not just its messianism.

The peculiar heartlessness of American cultural conservatives toward Palestinians in Gaza, who are being kept stateless and in a large concentration camp that is rapidly running out of potable water and other resources can only be understood by the implicit racial hierarchy of this ideology, which it shares with racist strands of Zionism. Palestinians in this telling are racially inferior, beset by raging passions, guilty of irrational violence, and therefore must be contained (or even deprived of food and weakened) by the superior “white” Israelis. That 70 percent of Gaza families were expelled from their homes with no compensation by Israel and herded into refugee camps and then surrounded and further besieged is never admitted. Racial essentialism depends on erasing context.