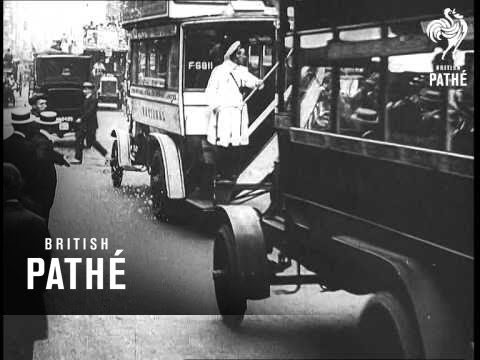 With one hundredth anniversary of the start of WWI fast approaching, the consequences of the war for Iran deserves attention.

When it comes to European role in shaping Middle East, the better-known story is what happened in the Arab parts of that region.

There the Anglo-French machinations planted the seeds of instability and conflict among the present day Arab states and between Arabs and Israelis. The British encouraged and assisted Arabs of the Ottoman Empire to rise against their Turkish masters who were allies of Germany and Austria, promising them in return their independence in a unified state. Simultaneously and in secret, the British were dividing the same territories between themselves and their wartime allies (The Sykes-Picot Agreement) and promising Palestine to European Zionists. After the end of the War, the British and the French established their control over these so-called Arab provinces of the Ottoman Empire. British and French diplomats drew boundaries of new centralized states of Iraq, Jordan, Lebanon, and Syria. For each, quasi-state institutions were established so these future states would act as clients of their former colonial masters after independence.

Less known is how the War changed the direction of Iran’s history. Iran suffered the ravages of the war as Ottoman and Russian forces fought each other on its territory. An estimated quarter of the population in the northwestern parts of the country perished as result of war related famines. In the years immediately following the end of the War, British intervention was to also change the direction of Iran’s history.

For nearly one hundred years before 1914 Iran had been a pawn in the great game of imperial rivalry between Russia and Britain. By the turn of the 20th Century, Iran had no effective central government and either the British or Russians controlled its most important economic activities. Then in 1907, the two imperial powers secretly divided Iran into their own zones of Influence.

The second was the Bolshevik takeover in Russia in 1917. The revolutionary government was uninterested in entering into balance of power understandings with other European powers. This was evident not only by its anti-capitalist ideology and propaganda but also by its publicizing the secret Sykes-Picot Agreement. In addition, the Soviet government quickly terminated concessions and treaties of the Tsarist regime with Iran and withdrew Russian troops. Nevertheless, the British were concerned with the possibility of Soviet takeover of Iran while simultaneously the withdrawal of the Soviet Union made them the only foreign power capable of imposing its will on weak Iranian state.

Thirdly, with the withdrawal of Russian presence, the liberal nationalists had found renewed hope for establishment of an independent and democratic state. Such development would have made British access to Iran’s oil subject to Iran’s domestic politics and Iran could no longer be relied on as a pro-British state willing to participate in any anti-communist alliances. At the regional level, Iran’s independence and democracy could act as a model for the neighboring Arab states the British and French were to set up in order to use them to foster their long-term interests.

After the War Britain moved quickly to establish direct control over Iran’s affairs. A treaty was signed with Iran’s government in 1919. The British would supply administrators for Iran’s bureaucracy. Iran’s Cossack Brigade, which was formed and lead by the Russians in late 1800s and then abandoned in 1917, would be armed by Britain and lead by British officers. Iran would pay for these through a grant of a British loan. The attentive public saw the treaty as making Iran into a British protectorate and opposed it energetically.

Faced with growing opposition, the British finally abandoned the treaty and opted for indirect control. Reza Khan Mirpanj, a rising officer in the Cossack Brigade, was encouraged to take over the Capital, Tehran In March of 1921. In the next three years, Reza Khan successively held positions of Minister of War and Prime Minster before forcing the Parliament to declare him monarch of the new Pahlavi dynasty. Reza Khan crowned himself Reza Shah in 1925.

For the next sixteen years, Reza Shah carried out policies very similar to those favored by the British and the French in parts of the Middle East under their control, namely modernization from above and suppression of political freedoms and ethnic rights. Bureaucracy, judicial system, armed forces, and education modernized. Industries created and communications improved. Simultaneously, power was centralized, popular and ethnic outbreaks crushed, political parties outlawed, freedom of the press repressed, and parliament became a rubber stamp of the Palace. Oil industry, the government’s primary source of revenue, in addition, remained in the hands of the British. A measure of Western satisfaction with Reza Shah was his appearance on the cover of the Time Magazine in 1938 and generally positive coverage of his rule.

As with the emerging Arab states, by the end of the 1930s, Iran had a government with a narrow base of popular support whose attentive public considered it foreign-imposed. The regime, therefore, reliant on its security forces for effective control and its primary source of revenue remained in the hands of a major foreign power. Furthermore, as in Iraq in 1941, when the government refused imperial demands, it was subjected to a new round of invasion and occupation. In 1941, citing Iran’s neutrality, Reza Shah refused British demands for expulsion of the sizable German economic personnel stationed in Iran. He also refused to allow resupply of Soviet Union through the Iranian territory. The British and Russians responded by invading Iran, removing the monarch from his thrown and sending him and his family to exile in South Africa.