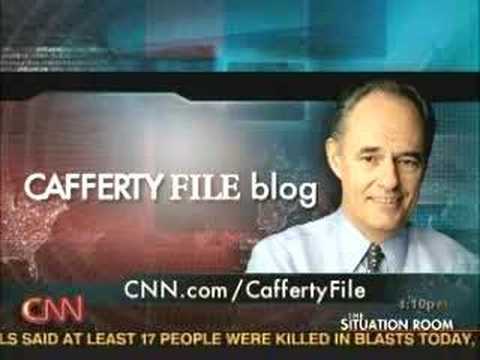 From a talk I gave at the University of Michigan in late 2002, publised at the beginning of 2003. It is often alleged by hawks that no one saw these things coming. Some of us did.

The regional costs of a US war on Iraq are potentially great: The war will inevitably be seen in the Arab world as a neo-colonial war. It will be depicted as a repeat of the French occupation of Algeria or the British in Egypt-or indeed, the British in Iraq. These were highly unpopular and humiliating episodes. The US, even if it has a quick military victory, is unlikely to win the war diplomatically in the Arab world. Pan-Arabism has been more aspiration than reality in the past century, but this US war against Iraq might well promote the formation of a stronger regional political bloc.

As a result of resentment against this neocolonialism, the likelihood is that al-Qaida and other terrorist organizations will find it easier to recruit angry young men in the region and in Europe for terrorist operations against the US and its interests. The final defeat of the Baath Party will be seen as a defeat of its ideals, which include secularism, improved rights for women and high modernism. Arabs in despair of these projects are likely to turn to radical Islam as an alternative outlet for their frustrations. The Sunnis of Iraq could well turn to groups like al-Qaida, having lost the ideals of the Baath. Iraqi Shi’ites might become easier to recruit into Khomeinism of the Iranian sort, and become a bulwark for the shaky regime in Shi’ite Iran.

A post-war Iraq may well be riven with factionalism that impedes the development of a well-ensconced new government. We have seen this sort of outcome in Afghanistan. Commentators often note the possibility for Sunni-Shi’ite divisions or Arab Kurdish ones. These are very real. If Islamic law is the basis of the new state, that begs the question of whether its Sunni or Shi’ite version will be implemented. It is seldom realized that the Kurds themselves fought a mini-civil war in 1994-1997 between two major political and tribal factions. Likewise the Shi’ites are deeply divided, by tribe, region and political ideology. Many lower-level Baath Party members are Shi’ite, but tens of thousands of Iraqi Shi’ites are in exile in Iran and want to come back under the banner of ayatollahs.

Internal factionalism is unlikely to reach the level of Yugoslavia after the fall of the communists, since US air power can be invoked to stop mass slaughter. But there could be a good deal of trouble in the country, and as the case of Afghanistan shows, the US cannot always stop faction fighting.

A new government in Iraq raises questions about its relationship to its neighbors. Turkey is strongly opposed to Iraqi Kurdish control of the oil fields of Kirkuk. The Kurds have all but announced that they will try to grab them when fighting breaks out. The Turks have said that in case this happens, Turkey may well invade Iraq to stop it. It is unacceptable to the Turkish government to have well-funded autonomous Kurds on their borders. They fear Kurdish nationalism, which might well tear eastern Turkey away from Ankara. Shi’ite Iran will certainly attempt to increase its influence among Iraqi Shi’ites once the Baath is defeated.

Shi’ite political parties may well turn to Tehran for funding. A US-occupied country where the Iranian ayatollahs have substantial influence is a disaster waiting to happen. An Iraq war may have a negative impact on the Israeli-Palestinian struggle. A democratic Iraq, if any such thing emerges from an American occupation, will not necessarily be less opposed to Israeli policies toward Palestinians and the creeping annexation of the West Bank. Iraqi individuals and political organizations, freed from Baath monopoly, might well support the Palestinians, including Palestinian guerrillas, at a higher level than does Saddam.

The chaos of war could allow for an outbreak of major violence between Palestinians and Israelis. The Baath may target Israel with scuds tipped with poison gas, e.g. Israeli retaliation will make the war look even more like a joint colonialist and Zionist effort among Arabs, and further inflame passions against the US in the region.

Those who support an Iraq war argue that the potential negative fall-out consists of improbable scenarios that are no more likely to come to fruition than did the dire forecasts about overthrown Arab regimes in 1990. They argue that if we can get a genuinely democratic, modern Iraq out of the war, its beneficial effects will radiate throughout the region. They may be right. But it is worth remembering that we were promised a democratic Kuwait in 1991 and a democratic, stable Afghanistan in 2002, and have yet to see either.

CNN: “Study: 935 False Statements Leading up to the War with Iraq”