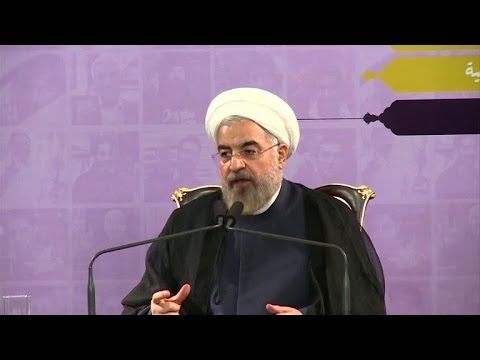 Saturday was a day of militia pushback against the Islamic State of Iraq and Syria [ISIS]. In a sign of growing polarization on both the Sunni and the Shiite sides, the best fighters on the Shiite side against Sunni al-Qaeda wannabes. When the worst elements of two communities go at one another, the communities themselves are gradually corrupted.

Iraqi army, security forces and militias pushed back on Saturday against the radical al-Qaeda wannabe, the hyper-Sunni Islamic State of Iraq and Syria (ISIS) around Baghdad. The radical Shiite militia, the League of the People of Truth, helped security forces take back the town of Muqdadiyah near Baghdad. Local tribal and town forces also pushed the ISIS invaders out of the small town of Ishaqi, and likewise confronted them and pushing them back in Udhaim.

At the same time, President Obama ordered an aircraft carrier and two warships into the Persian Gulf, readying the carrier as a platform for possible US airstrikes on Sunni extremist positions in northern Iraq. The Obama administration says that it wants to see the Iraqi political elite take practical steps toward more cohesion, before it will commit to intervene even by air.

Iran’s President Hassan Rouhani offered Iranian troops to Prime Minister Maliki, but he said he has not received an explicit request for help from Baghdad. He also admitted that if the US acted against the Sunni radicals, that might form a basis for security cooperation between Tehran and WAshington.

Prime Minister Nouri al-Maliki also called on his forces to make a stand at Samarra, a city lying just north of Baghdad. It is the site of a major Shiite co

One problem with al-Maliki unleashing militias like that of the League of the People of Truth is that they are known for their unscrupulous tactics and vicious brutality during the Sunni-Shiite civil war of 2006-2007 and after. It could be argued that they on the Shiite side are not much better than the Islamic State of Iraq and Syria on the Sunni side.

Meanwhile, Kurdistan militias were fighting with ISIS radicals just west of the city of Kirkuk, most of which Kurdish militiamen had taken over a few days ago.

The Kurdistan paramilitary, the Peshmergas (those who stand before death) also took over Tuz Khurmato, a town largely of Shiite Turkmen, near to Kirkuk, and pushed to the outskirts of two largely Sunni town in the area.

So far, in Kirkuk and Muqdadiyah, the most effective response to the radicals of ISIS has come from militias, not from the Iraqi national army. And that isn’t a good sign for the future.

AFP: “Iran offers help to US if it acts against Iraq militants”