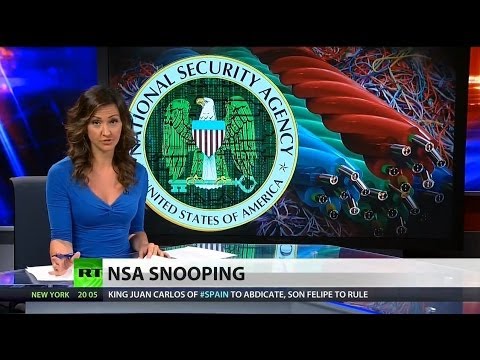 By Cindy Cohn and Nadia Kayyali

Over the past year, as the Snowden revelations have rolled out, the government and its apologists have developed a set of talking points about mass spying that the public has now heard over and over again. From the President, to Hilary Clinton to Rep. Mike Rogers, Sen. Dianne Feinstein and many others, the arguments are often eerily similar.

But as we approach the one year anniversary, it’s time to call out the key claims that have been thoroughly debunked and insist that the NSA apologists retire them.

So if you hear any one of these in the future, you can tell yourself straight up: “this person isn’t credible,” and look elsewhere for current information about the NSA spying. And if these are still in your talking points (you know who you are) it’s time to retire them if you want to remain credible. And next time, the talking points should stand the test of time.

1.  The NSA has Stopped 54 Terrorist Attacks with Mass Spying

NSA defenders have thrown out many claims about how NSA surveillance has protected us from terrorists, including repeatedly declaring that it has thwarted 54 plots.  Rep. Mike Rogers says it often. Only weeks after the first Snowden leak, US President Barack Obama claimed: “We know of at least 50 threats that have been averted” because of the NSA’s spy powers. Former NSA Director Gen. Keith Alexander also repeatedly claimed that those programs thwarted 54 different attacks.

Others, including former Vice President Dick Cheney have claimed that had the bulk spying programs in place, the government could have stopped the 9/11 bombings, specifically noting that the government needed the program to locate Khalid al Mihdhar, a hijacker who was living in San Diego.

"Would you agree that the 54 cases that keep getting cited by the administration were not all plots, and of the 54, only 13 had some nexus to the U.S.?" Leahy said at the hearing. "Would you agree with that, yes or no?"

But that didn’t stop the apologists. We keep hearing the“54 plots” line to this day.

As for 9/11, sadly, the same is true.  The government did not need additional mass collection capabilities, like the mass phone records programs, to find al Mihdhar in San Diego.  As ProPublica noted, quoting Bob Graham, the former chair of the Senate Intelligence Committee:

U.S. intelligence agencies knew the identity of the hijacker in question, Saudi national Khalid al Mihdhar, long before 9/11 and had the ability find him, but they failed to do so.

"There were plenty of opportunities without having to rely on this metadata system for the FBI and intelligence agencies to have located Mihdhar," says former Senator Bob Graham, the Florida Democrat who extensively investigated 9/11 as chairman of the Senate’s intelligence committee.

Moreover, Peter Bergen and a team at the New America Foundation dug into the government’s claims about plots in America, including studying over 225 individuals recruited by al Qaeda and similar groups in the United States and charged with terrorism,  and concluded:

When backed into a corner, the government’s apologists cite the capture of Zazi, the so-called New York subway bomber. However, in that case, the Associated Press reported that the government could have easily stopped the plot without the NSA program, under authorities that comply with the Constitution. Sens. Ron Wyden and Mark Udall have been saying this for a long time.

Both of the President’s hand-picked advisors on mass surveillance concur about the telephone records collection. The President’s Review Board issued a report in which it stated “the information contributed to terrorist investigations by the use of section 215 telephony meta-data was not essential to preventing attacks,” The Privacy and Civil Liberties Oversight Board (PCLOB) also issued a report in which it stated, “we have not identified a single instance involving a threat to the United States in which [bulk collection under Section 215 of the Patriot Act] made a concrete difference in the outcome of a counterterrorism investigation.”

And in an amicus brief in EFF’s case First Unitarian Church of Los Angeles v. the NSA case, Sens. Ron Wyden, Mark Udall, and Martin Heinrich stated that, while the administration has claimed that bulk collection is necessary to prevent terrorism, they “have reviewed the bulk-collection program extensively, and none of the claims appears to hold up to scrutiny.”

The argument goes like this: Metadata can’t be privacy invasive, isn’t very useful and therefore its collection isn’t dangerous—so the Constitution shouldn’t protect it.  Even the President said, “what the intelligence community is doing is looking at phone numbers and durations of calls. They are not looking at people’s names, and they’re not looking at content”—as if that means there is no privacy protection for this information.

As former director of the NSA and CIA Michael Hayden recently admitted: “We kill people based on metadata.”  And former NSA General Counsel Stu Baker said: “metadata absolutely tells you everything about somebody’s life. If you have enough metadata, you don’t really need content.”

In fact, a Stanford study this year demonstrated exactly what you can reconstruct using metadata: “We were able to infer medical conditions, firearm ownership, and more, using solely phone metadata.” Metadata can show what your religion is, if you went to get an abortion, and other incredibly private details of your life.

3.  There Have Been No Abuses of Power

President Obama stated in an interview that “there are no allegations, and I am very confident —knowing the NSA and how they operate — that purposefully somebody is out there trying to abuse this program…” And General Alexander stated in a speech that “We get all these allegations of [abuses of power] but when people check… they find zero times that that's happened. And that's no bullshit. Those are facts.”

We already have evidence of abuses of power. We know that NSA analysts were using their surveillance powers to track their ex-wives and husbands, and other love interests. They even had a name for it, LOVEINT. The FISA court has also cited the NSA for violating or ignoring court orders for years at a time. And those are just self-reported abuses – the only oversight that occurs is that the NSA investigates itself and reports on the honor system to Congress or the FISC about what it finds. A real independent investigation might reveal even more. Unfortunately, until we get something like a new Church Committee, we are unlikely to see such details.

We keep hearing the same thing: Surveillance is a “critical tool in protecting the nation from terror threats.” When we reform the NSA, it must be done in a way that “protect[s] the operational capability of a critical counterterrorism tool.” The implication is that the stopping terrorist attacks is the government’s only goal.

We know that NSA surveillance is not used just for stopping terrorists and it’s not even just used for national security.

The Intercept recently revealed leaks detailing the NSA’s role in the “war on drugs,”—in particular, a 2004 memo detailing how the NSA has redefined narcotics trafficking as a national security issue. We also know that the NSA feeds data to the DEA, where it ends up playing a part in ordinary law enforcement investigations. And internationally, the NSA engages in economic espionage and diplomatic spying, something detailed in Glenn Greenwald’s recent book No Place to Hide.

We’ve repeatedly heard from the President and from NSA defenders like Sen. Dianne Feinstein and Rep. Mike Rogers that Congress knows all about NSA spying. Right after the first Snowden leak, President Obama said: “your duly elected representatives have been consistently informed on exactly what we’re doing.” We’ve also heard that a court has approved these programs, so we shouldn’t be concerned.

EFF and others have long documented that Congress has an incredibly hard time getting information about NSA spying. And it’s not just Congress. We learned a few months ago that the Department of Defense's deputy Inspector General, in charge of Intelligence and Special Program Assessments, was not aware of the call detail collection program.

What’s more, the secretive Foreign Intelligence Surveillance Court (FISC) is completely incomparable to an ordinary adversarial court. It makes decisions in a vacuum, and it doesn’t always have complete information, much less a second adversarial voice or technical help. Its chief judge has said that it’s not equipped to conduct oversight. EFF recently had to tell the court that its Jewel v. NSA case even existed – the government had apparently decided that it didn’t have to. We also know that the FISC isn’t much of a block, since in 11 years “the court has denied just 10 applications, and modified several dozen, while approving more than 15,000.”

So why are we giving up our rights?

It's time for NSA and its supporters to admit what we all know is true: what is at stake in this debate is the simple ability for any of us—in the US or around the world—to be able to use the Internet without fear of surveillance. They continue to be willing to overstate their case in order to scare us into allowing them to continue to  “collect it all.”  But the American people are getting wise and the media are increasingly double-checking their claims. As a result, more Americans than ever now say that the NSA has gone too far and those tired old stories are starting to wear thin.

That’s why it’s time to tell Congress that these excuses won’t work anymore. Right now, Congress is considering legislation that could be a first step to reining in NSA mass spying. But there’s a contentious political battle taking place on Capitol Hill, with NSA defenders pushing a weaker version of the reform bill while civil liberties groups campaign for powerful reform. Please add your voice and call on the Senate to pass real NSA reform.

Cindy Cohn is legal director for the Electronic Frontier Foundation (EFF), as well as its general counsel, coordinating over 40 national class action lawsuits against the telecommunications carriers and the government seeking to stop warrantless NSA surveillance

Nadia Kayyali is a member of the activism team at the Electronic Frontier Foundation.

RT: “NSA scours web for images to use in facial recognition program”