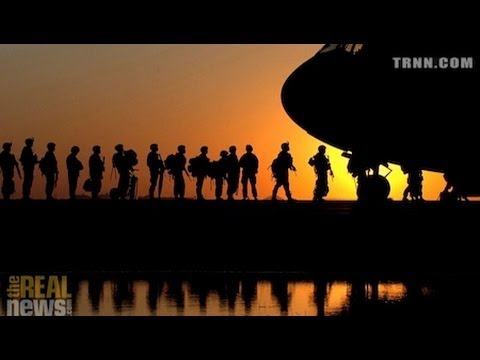 New York Times public editor Margaret Sullivan did a quick study and found that critics of the paper of record over its preference for Iraq War hawks as sources and commentators in the past two weeks are justified in their feeling that Iraq War critics have been slighted. This lack of balance grates in part because in 2002-2003 then editor in chief Bill Keller showed himself gullible in swallowing the lies of the Bush war machine, e.g. hyping aluminum tubing that could not in fact be used for nuclear centrifuges and committing other elementary errors that could have been avoided by simply checking with the IAEA and other real experts.

By the way, we need to put away this “hawk” versus “dove” imagery. Who wants to be a “dove”? How about we replace it with “hyena” vs. “rhino”? Hyenas attack the weak and eat carrion; rhinos are peaceful vegetarians unless you rile them up, when they are good at defending themselves

So here is a list of people that the NYT could ask to write op-eds on the current crisis who might not buy into the inside-the-Beltway perennial conviction that “We can fix this, we must intervene, preferably militarily!”

1. Brent Scowcroft, George H.W. Bush’s National Security Advisor, who warned in an op-ed in August of 2002 against the building war against Iraq. He is 89, and still speaking publicly.

2. Clare Short. Now an independent, she was a long time Labour Party politician who resigned from the cabinet of Tony Blair in May of 2003 over the illegality of his planned Iraq War.

3. Joseph Wilson VI. The last acting ambassador to Iraq before the Gulf War, he was asked by the Bush administration to go to Niger in West Africa and investigate the bona fides of the infamous forgery produced by a former Italian and French intelligence operative alleging that Iraq had bought yellow cake uranium from Niger. Wilson found that the officials listed on the document had been out of office for ten years on its supposed date, and that the nuclear industry was tightly under the control of the French, and that the whole thing was completely implausible. His after-trip report appears to have been buried by the Neocons. When Wilson annoyedly wrote an op-ed laying all this out after the invasion and the failure to find WMD in Iraq, then Vice President Dick Cheney ordered his staff to punish Wilson.

4. Valerie Plame. One way the Bushies tried to punish Wilson was to try very hard to out his wife, a NOC or undercover CIA field officer, Valerie Plame. She was working against Iranian nuclear proliferation. Apparently Cheney, Scooter Libby, and the rest of that freak show thought that Plame and the CIA were against the Iraq War and were using Wilson to undermine the administration, and that if they outed Plame it would make it clear to those inside the Beltway that Wilson had an agenda and could not be taken at face value. Although Cheney’s own crew were not the ones who succeeded in getting Plame’s cover blown, it was the papers they left around as part of their effort that caught Richard Armitage’s eye, so they were still responsible for it. And they all called reporters all day long trying to make it happen.

5. John H. Brown , a career Foreign Service Officer, resigned from the State Department on March 12, 2003, to protest the plans to aggressively launch a war on Iraq. He went on to head a project and a newsletter on public diplomacy. Knowledgeable, experienced and worldly people like Brown who put their career and their lives on the line for principle deserve to be treated as “wise men” and “wise women” by the American press, rather than being consigned to obscurity because they no longer are close to power.

6. John W. Dower, Emeritus Professor at MIT. When the Neocons kept repeating the idiotic assertion that American-occupied Iraq would be just like American-occupied Japan and would work out just as well, Dower, a prize-winning historian of Japan in the post-war period, wrote an influential op-ed pointing out that Iraq today is not very much like Japan then. As it turns out, also the intelligence and competency of the top officers of the US government had rather declined drastically in the interim, as well.

7. John Mearsheimer, eminent political scientist at the University of Chicago and a whole gaggle of other such experts (some of whom voted for or advised Bush senior) tried to head that thing off at the pass. Let’s go back to them now, since, like, they were right.

8. Barbara Boxer , a sitting senator who voted against the war.

9. Raed Jarrar, Iraqi activist and anti-war voice. Because he actually knows something about the actually existing Iraq.

10. In January-March 2003, some 36 million persons around the world took part in 3,000 protests against the US plan to fall on Iraq. Pretty much any of those 36 million have more sense than any of the Neocons or other Washington hawks. You could ask one of them.