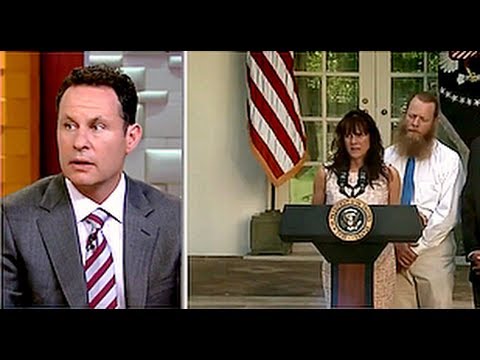 The United States has been continually at war since October of 2001. In many of the succeeding years, until Dec. 31 2011, The US was at war in both Iraq and and in Afghanistan.

Wars fulfill multiple functions for the US elite. They justify vast expenditures that benefit the political clients of the president. They throw tax-payer money to a small group of arms manufacturers. They can revive faded fortunes. In the last decade the Republican Party, more cautious about shooting wars in the 1950s and 1960s, became the war party.

The problem for the happy warriors among the conservatives is that they can’t stop Obama from winding down America’s decade of war. They continually carp that Obama should have kept troops in Iraq past 2011, while carefully avoiding any admission that it was George W. Bush who failed to achieve a Status of Forces Agreement with the Iraqi parliament, which was unlikely to grant one to Obama, either. Without a UN authorization, and without a SOFA, US forces fighting in Iraq would have been open to prosecution both abroad and in Iraq.

They are further unhappy that Obama has announced that as of January, 2017, there will be no US troops in Afghanistan. For the first time in over a decade and a half, the US will not be at war.

The end of the Afghanistan War makes it impossible for the US to go on holding prisoners from that country’s Taliban regime of the 1990s, like the five former officials released on Sunday to Qatar. These individuals faced no trials either in the US or internationally. There were no grounds on which to continue to hold them. Letting them go 18 months early to retrieve the last US soldier held in enemy hands was not a difficult decision, given their imminent release in any case.

The five former officials of the Islamic Emirate of Afghanistan were not terrorists. They were state actors. The US civil code defines terrorists as non-state actors. State actors can be war criminals, in which case the US could refer them through the UN Security Council to the International Criminal Court. But it makes nonsense of language and law to brand them ‘terrorists.’ After World War II, tens of thousands of German Nazis and Japanese militarists taken prisoner during the war were repatriated by the allies. Where they dragged their feet, using the POWs for slave labor, the Red Cross complained that they were violating their 1929 Red Cross obligations. The US released many persons initially held as Class A war criminals, such as Nobusuke Kishi (the “Showa-era Devil”), without trial. He later became prime minister of post-war Japan.

Obama clearly saw this prisoner swap in the light of the imminent end of hostilities in Afghanistan, as an early implementation of steps that would have to be taken swiftly in 2017 anyway, to meet US treaty obligations under international law. Those politicians demanding that officials of the former Islamic Emirate of Afghanistan remain in Guantanamo forever with no charges filed against them and after hostilities have ceased are asking for a Star Chamber, for something that is un-American and which is illegal in US law.

The Republican Party, with the exception of its Libertarian wing, has become so wedded to perpetual war that it has been thrown into a fit of hysteria by this release of former Afghan officials. The hysteria has even led to the ridiculing of Bergdahl’s father for having a beard, which its anchor likened to Taliban beards. Categorizing American critics of a war as the enemy is the most wretched sort of demagoguery; Henry David Thoreau went to jail rather than pay a poll tax for Polk’s Mexican War; was Thoreau a stealth Mexican? GOP leaders are having war withdrawal. That is the real reason for the firestorm of protest they have raised, none of it based on law or high-minded principles. Indeed, one of the functions of war for the GOP has been to allow them to sidestep that pesky rule of law thing (admittedly, not a temptation the Obama administration has entirely avoided, either).

We have been treated to fearmongering and alarmism of the sort the Bush-Cheney administration routinely engaged in throughout their 8 years, in an attempt to reduce the courageous American public to a quivering mass of submissive fear. If terrorism is the attempt to terrify people into submission for political purposes, it was Bush-Cheney who engaged in it.

The former Afghanistan government officials who have been released are not exactly spring chickens. The idea of them on the battlefield, while not impossible, is not a foregone conclusion. They are hated in Afghanistan itself. Releasing them to Qatar’s supervision is better than simply letting them go, as the president in office in 2017 would have to do.

The GOP has to get over it. We won’t be at war much longer. And if their platform is again in 2016, as it was in 2012, that the US should have retained a division each in Iraq and Afghanistan and should intervene militarily in Syria and other conflicts as well, I think they will find that the public is just as unenthusiastic about that platform two and a half years from now as it was a year and a half ago.