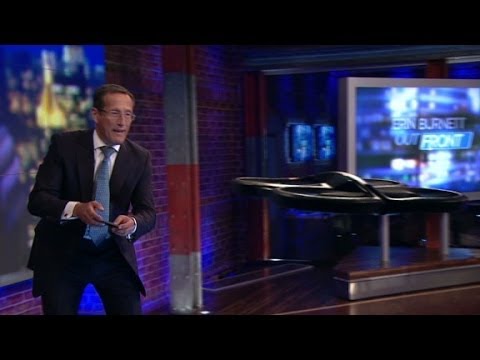 The FAA doesn’t think much of Jeff Bezos’ idea to deliver packages to Amazon.com customers using drones. Yesterday the agency issued a proposed ruling that defines such deliveries as part of a “business purpose” and not a recreational or hobby activity. Well, d’uh! TechCrunch reports that the agency said in a footnote to its proposed rule:

If an individual offers free shipping in association with a purchase or other offer, FAA would construe the shipping to be in furtherance of a business purpose, and thus, the operation would not fall within the statutory requirement of recreation or hobby purpose.

Amazon, of course, vows to fight the FAA on this. It is already moving forward with its drone delivery plans via a wholly owned subsidiary called Prime Air. The idea is that customers would place an order online, the nearest Amazon warehouse would load the merchandise aboard a Prime Air drone and within minutes it would be winging its way directly to the customer’s front door. Delivery times measured in hours rather than days should be possible if Bezos’ vision ever becomes reality.

Which may be never. The FAA has authorized test facilities in six states – Alaska, Virginia, New York, Texas, Nevada, and North Dakota – to explore how drones can be integrated into civilian air space currently occupied by commercial and private aircraft, police and fire aircraft, emergency medical flights, news and traffic reporters and others. The idea of itty bitty drones like those depicted in the movie Minority Report flitting around in between all those regular aircraft makes some people more than a little queasy. They worry about mid air collisions between conventional aircraft and pint size drones that are difficult to see. As the government gains experience from the test facilities, it plans to put together a nationwide drone policy by 2020.

But Amazon is not a company that is accustomed to waiting. It will certainly challenge this latest move by the FAA, building on a judge’s ruling in March of this year that struck down a proposed FAA fine against the operator of a radio controlled model airplane who mounted a camera to the fuselage and used it to make videos that he later sold for commercial purposes. At issue was the definition of what a model aircraft is, exactly, and in that case the court sided with the hobbyist. Amazon is trying hard to convince regulators that is it just going to operate its drones as a hobby. I don’t think that argument is gonna fly!

The controversy will keep legions of lawyers busy splitting hairs and parsing paragraphs for years. In the meantime, the dream of having a little drone bring a hot dog and a Bud Light to your seat at your local sports arena is probably not going to become a reality any time soon.