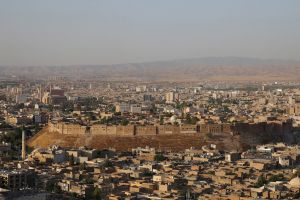 ERBIL, Iraq — Five days after fleeing Mosul in northern Iraq, Ahmed says he’s now more nervous than ever. But it’s not the Al Qaeda-inspired extremists who took over his hometown that have him worried. No, he’s scared of what his own military might…