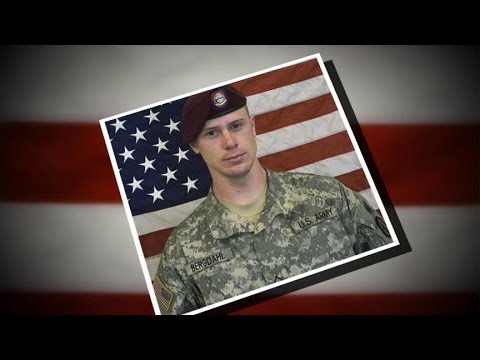 The GOP talking points in response to the release of Sgt. Bowe Bergdahl in a trade for five former officials of the 1990s Islamic Emirate of Afghanistan (Taliban) focused on a few basic premises. !. You don’t negotiate with terrorists; 2. such a swap would encourage terrorists to capture Americans; 3. these officials are the worst the worst.

Tagging movements as “terrorist” and then refusing to deal with them is frankly stupid. The Taliban in Afghanistan are not a small terrorist group like, say, the Italian Red Brigades of the 1970s and 1980s. They are guerrillas belonging to a movement that at one point had captured the state and run it. The Taliban are now a guerrilla group, holding territory.

The US has all along negotiated with the guerrillas it has fought on the battlefield. William Howard Taft (later president) in the Philippines was all for negotiation with Filipinos who rejected US rule, and he created “attraction zones” to win them over. At the conclusion of the Aguinaldo resistance to US occupation in 1902, Teddy Roosevelt declared a general amnesty for the resistance fighters. These resistance fighters had committed some atrocities, including on captured US troops, but Roosevelt just let them walk free. Talk softly, carry a big stick, and let all the terrorists go, seems to have been his motto.

The US negotiated with the Viet Cong in South Vietnam, who were very much analogous to the Taliban and whom the US would now certainly term “terrorists.” In 1973, the US used intermediaries to negotiate with the Viet Cong for release of captured US soldiers at Loc Ninh. Americans on the political right made a huge issue about 1300 US soldiers never having been released by the Viet Cong (only about 400 were), and the shame that these men were left on the battlefield by the Nixon and Ford administrations. Conservatives seem to want to have it both ways. If you negotiate the release of US captives with the enemy you are “negotiating with terrorists.” If you don’t, then you have left soldiers behind on the battlefield. The fact is that the only way to have freed them was to have offered something for them in detailed negotiations. As for the Viet Cong “terrorists,” many of them are in government now and the US has cordial relations with them.

In the 1980s radical Shiites in Lebanon took American hostages. In order to free them, the Reagan administration not only negotiated with Iran’s Ayatollah Khomeini but actually stole T.O.W. anti-aircraft munitions from Pentagon warehouses and shipped them to Tehran, receiving the money for them in black bank accounts and sending it to right wing death squads in Nicaragua. Khomeini and his government were listed as terrorists by the State Department at the time, and selling weapons to Iran was highly illegal. Not only that, but the US was allied with Iraq at the time, so Reagan screwed over Baghdad this way. Reagan did it, in part to free US hostages in Lebanon (Iran put pressure on its clients for their release).

As for encouraging groups to take US hostages, if the GOP really is so worried about this outcome they should stop putting the idea in the minds of terrorists by trumpeting it all over the news media. There was no rash of hostage-taking of Americans after Reagan bribed Iran to have them released, so the expectation is ahistorical.

The Israelis did a prisoner swap, at 1000 to one, for Gilad Shalit, and it hasn’t caused more Israelis to be captured. Why do right wing Americans only hold up Israel as a model when it acts unwisely, rather than when it (as it often does) acts pragmatically?

In fact, groups like the Taliban are always trying to take US personnel captive. Every day all day. This agreement changes nothing. The reason they only had one American in captivity was not the US policy of not negotiating. It is because guerrilla groups find it difficult to kidnap people from hardened bases and other such relatively secure facilities.

Finally, as for the 5 Taliban officials being the worst of the worst, that is probably true. However, there are other worst of the worst out there– big Afghan warlords of the 1990s with massive amounts of blood on their hands– whom the US has left alone to operate freely in Afghanistan. Gen. Rashid Dostam was even a vice presidential candidate, and Abu Sayyaf serves in parliament. Look them up. US politicians appear not so interested in who committed massacres but in whether they are presently cooperative with the Karzai government.

ABC: “Bowe Bergdahl Freed From Taliban After 5 Years in Captivity”