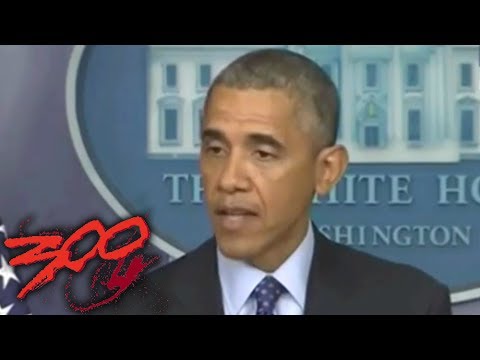 There are only three things wrong with the idea of sending combat troops to Iraq at this time, as a range of hawks from Bill Kristol to Sen. John McCain has suggested. It is foolish obedience to bad allies. It abandons President Obama’s wise doctrine of self-limited commitment. And it prematurely commits us to one side of what may become a region-wide war.

Beyond doubt, the current Sunni uprising is the fruit of abuses by Iraq’s President Malaki. Equally beyond doubt, he has done this despite years of earnest US warnings that exactly this would happen. Now, instead of demanding he rectify his misrule, we are supposed to kill and die to support it?

We have been here before. In Vietnam, we armed and trained the troops of President Diem to fight Communism. He sent them to kick in the doors of temples, declaring war on Buddhism…in Asia. When monks publicly burned themselves in protest, Diem’s sister-in-law famously dismissed them as “barbeques.” Diem confronted President Kennedy with a choice between “losing Vietnam” or supporting a self-destructive tyrant. Kennedy chose, instead, a coup against Diem. It didn’t help.

Obama has done better. In Afghanistan, President Karzai trashed progress toward democracy by hijacking his first re-election. Obama neither quit nor submitted to the “me or the Taliban” extortion. He set a self-imposed time limit, promising Karzai complete abandonment if he failed to reform. That worked better.

Self-limited commitment gives US power the flexibility to craft actions to fit real world needs. It finally tears the US out of the isolationism/empire dilemma that our most troublesome friends have exploited all to long, and all too well.

Practical flexibility is what we need to match clarity of principle in the Middle East right now. In principle, we genuinely support moderation and coexistence in the region. Even if this fails today, we may be remembered for it when bloody exhaustion sets in some years down the road. As a practical matter, committing American blood would increase the polarization, and harness us to one side or the other long before the shape of the regional alignments is truly clear.

And which side should we choose? The Malaki regime is Shia dominated and allied with Iran. Fighting for Malaki (instead of twisting his arm if he wants even limited support) means fighting on the side of Iran and their allies, Syria’s Assad regime. The Sunni uprising is still diverse but ISIS, the militant core, is an al Qaeda inspired group. It is also on the same side that we are in Syria.

No. If we can get moderation and negotiation, we should not miss the chance. If we cannot, we should keep the flexibility to tilt as we see fit, depending on the context, for as long as we are able to sustain our options. Now is the time to work for the best, be prepared for the worst, and ignore the advocates of impulsive war.

Scott Corey earned a PhD in Political Science from UC Berkeley. His dissertation was on the subject of revolution and political violence. He now works at a human services agency in California’s Sierra Nevada region.