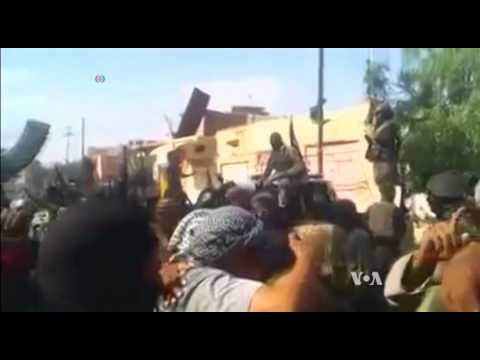 The crisis induced by ISIL’s advances in Iraq presents tremendous opportunities for the United States, and the U.S. government should move quickly to take full advantage.
ISIL represent the worst of the worst forces involved in the Iraqi imbroglio. Its members’ values are totally at odds with those of an enormous percentage of Iraqis, including those of their fellow Sunnis. Sunni forces who cooperated with the US to help defeat al-Qaeda are now rallying to Prime Minister’s Maliki government to take on ISIL. The ISIL should be defeated; and from all appearances, those involved in the recent advances in Iraq could be routed by a coordination of US air strikes and Iraqi forces, preferably from the regular army.

Defeat of the ISIL in Iraq will be salutary in and of itself, but will also send positive signals to a number of countries in the region:

In Iran, Pres. Hassan Rouhani, a moderate, has been seeking an improvement of relations with the United States. Iranians Shi’ites obviously have no interest in seeing ISIL’s Sunni extremists consolidate control in Iraq, and would be greatly beholden to the US government for taking action against ISIL. This would prove beneficial in making advances in the realm of discussions about Iran’s nuclear pursuits, but it would also reinforce the already strong, pro-American sentiments held by most Iranian citizens. In multiple discussions with Iranians in Paris, it has clear to me that the 1979 Islamic revolution in Iran is “dead” in the minds of most Iranian citizens, and this is manifested in many forms of private and public behavior. Looked at from a different angle, one can say that most Iranians’ values are more consonant with Americans’ values, certainly more so than what one finds in much of the Arabian peninsula, and especially among power holders there. The size, wealth and relative stability of Iran, combined with the sentiments of a huge percentage of its citizenry, make it a nation that should be brought back into a closer, cooperative relationship with the United States. An incisive response to the Iraq crisis will accelerate change in this direction.

The Saudis, Kuwaitis, and other Gulf governments must understand that times change, that reactionary conservative values cannot be maintained forever. More progressive values are easily found among their own citizens and in the religion of Islam itself, and would be bolstered by concrete American action against Sunnis religious extremists. An overture to Iran will send this message in a very clear manner. This does not mean that the Saudis and other conservative Gulf countries should be abandoned, rather that a line against Islamist extremism, a line that they themselves have officially endorsed, should be drawn, and that the American government should continue to stress its desire to maintain its relationship with a future-oriented, progressive-minded Saudi leadership. A succession simply cannot be too far off in the future of the country, so the opportunity exists to help steer the next generation of Saudi leaders in a sound direction.

In Israel, the orientation of the current Israeli leadership is also dubious. The Israeli electorate continues to shift in a rightward direction, so that even the hard right Prime Minister Netanyahu is under growing pressure not from the Left, but from extreme right wing elements. An American rapprochement with Iran is not what Mr. Netanyahu and company have in mind. They have long preferred to see the US attack Iran in the hope of eliminating a nuclear threat from that country, but perhaps even more so because this would return US-Iranian relations to the deep freezer for many years if not decades to come. If Israelis are genuinely concerned about an Iranian nuclear threat, that threat has a much greater likelihood of being defused via an American rapprochement with Iran than through a military strike against that country, whether by the United States and/or Israel. While the current Israeli government, therefore, would likely disapprove of such a rapprochement, Israelis in general cannot be opposed to a US effort to diminish the power of radical Sunni extremists in the region.

US support to Iraq to combat the ISIL’s advances need not involve US ground forces, and will prove beneficial to establishing a new power balance in the region. Improved relations with Iran could also have a positive knock-on effect vis-à-vis the situation in Syria, as well as in Lebanon. There is every reason to expect that our European allies and pro-democracy people around the world would take heart in such developments.
I realize that many actors with dubious track records have been mobilized in support of the Iraq regular forces. That is unfortunate, but in the end, support for the elected government trumps taking a back seat and watching unelected, unrepresentative, and totally nefarious forces from carrying the day.

I am a longtime scholar of the Middle East, a University of Michigan Ph.D., Professor at Simmons College in Boston, and have been a visiting professor at Harvard University, Wellesley College, and The Fletcher School of Law and Diplomacy. I am writing you from Paris, where I am completing a 4.5 months Fulbright fellowship on French foreign policy in the Middle East.