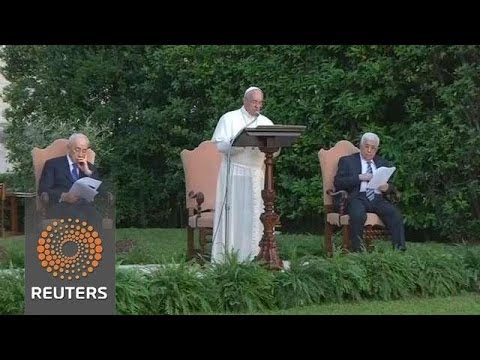 The Catholic News Service reports the spiritual side of the event in more depth: “Pope, Peres, Abbas pray at Vatican”

AFP reported on the background to this meeting:

Pope Francis on Sunday hosts an unprecedented peace prayer meeting with Israeli President Shimon Peres and Palestinian leader Mahmud Abbas in a symbolic gesture to foster dialogue but unlikely to have any immediate effect. Tensions are running high…