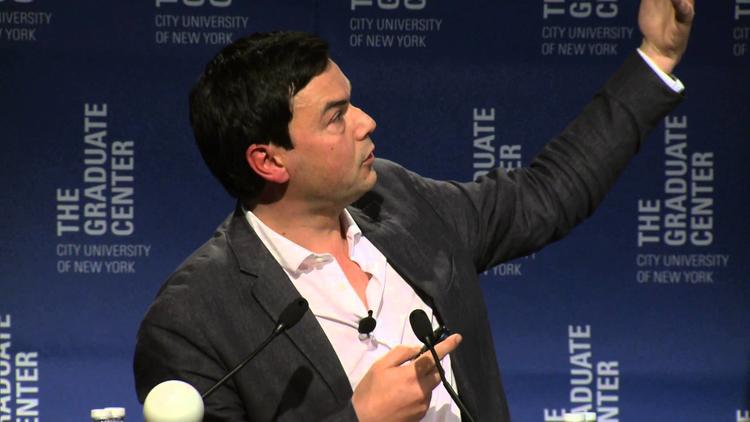 The economic and political focus is increasingly on the inequality of income and wealth as they both rise in Europe and the US. At a conference on Inclusive Capitalism held near the end of May at London’s Guildhall, Christine Lagarde, the head of the International Monetary Fund (IMF), claimed that rising inequality posed a threat to growth and financial stability and that governments need to narrow the gaps through imposing more progressive taxes.

When even the right-wing IMF criticises rising inequality, then perhaps it is no surprise that the publishing world should witness the huge success of a book on inequality written by Thomas Piketty, professor at the Paris School of Economics. What might be more surprising is that one crucial effect of his work might be nothing to with inequality or capital whatsoever, but could instead help to refocus how we study economics and arrive at less biased conclusions.

Piketty’s basic argument is simple. He argues that over the past four decades the growth of incomes in the rich countries of Europe and the US has averaged 1% or 2% a year whereas the return on wealth or capital has been running at more than 4% a year. Under such conditions, wealth concentration grows as does political tension. We are, he says, returning to a sort of Downton Abbey world of the late 19th and early 20th century; a “patrimonial” capitalism in which inherited wealth dominates and a world in which the economy is characterised, not by talented individuals, but by family dynasties making up only 1% of the population. To join this exclusive club it is more sensible to marry into wealth than to work for it. It might be said that skiving and seducing are now better than striving (whatever Britain’s prime minister might say).

Piketty’s contribution has been to look at the pattern of wealth and income inequality in capitalist economies over at least the past 100 years. He, with the aid of a number of colleagues, has assembled a huge collection of statistics on income and wealth distribution in some 20 countries.

What comes out of this is his claim that over the past century in Europe and more particularly in the US, the share of income going to the richest 1% has followed a U-shaped arc. In 1910 the richest 1% received around a fifth of total income in both Britain and the United States. By 1950 that share had been cut by at least half, but since 1980 the share of this 1% has surged so much that in the US that it’s back to where it was a century ago. The same pattern has been followed by the distribution of wealth.

This U-shaped arc is the opposite of what was supposed to happen according to Simon Kuznets, a Belarusian-American economist who, in the 1950s, forecast an inverted U-curve for income distribution as an economy grows. In other words, according to Kuznets, as economies mature they are supposed to be more equal. According to Piketty, the opposite is happening with Europe and the US, heading back towards a Dickensian world of inequality.

To avoid this, corrective steps are needed. Piketty favours a graduated wealth tax, imposed globally, an income tax of 80% on those with the highest salaries and an enforced transparency for all bank transactions.

Piketty’s book has been broadly supported by economists in the centre of the political spectrum. Paul Krugman (the Nobel Prize-winning US economist based at Princeton University and the op-ed columnist for the New York Times) has praised it profusely. There have been attacks from both the political left and the right but particularly from the right. The Wall Street Journal has been apoplectic and the London-based Financial Times has been none too pleased.

In these circles of the political right, arguments about the distribution of income and wealth invariably follow two routes. One is to deny that the rich are doing exceptionally well. The other is to claim that the rich deserve their soaring incomes and wealth and are really job creators not predators.

The first of these counterattacks was launched by Chris Giles, the FT’s economics editor. He argued that Piketty was wrong to claim that inequality has grown over the past 40 years in Europe and the US. Statistics on income and wealth distribution are problematic. But, in my experience, income and wealth equality is generally over-stated rather than under-stated in rich countries – and this is true of the UK . It is to Piketty’s credit that he has shown all the statistics that he has used and he has said that: “I have no doubt that my historical data series can be improved and will be improved in the future”.

In the meantime the general conclusion about the attack on Piketty by the FT seems to be summed up by the centre-right Economist magazine, namely that “the analysis does not seem to support many of the allegations made by the FT or the conclusion that the book’s argument is wrong”.

Thus, the counterattack seems to fail. Inequality does seem to have increased over the past 40 years in Europe and the US. What about the second defence? Do the rich deserve their soaring incomes and wealth? Piketty argues “no” because the marginal productivity of managers is unmeasurable and economic performance has not improved since the 1960s while the pay of top managers has exploded.

A critical assessment from the left has come from David Harvey, a Marxist professor at the City University of New York. Harvey criticises his book on a number of grounds. Here I have the space to focus on just one, namely Piketty’s failure to make the link between the increase in inequality, the financial crisis in 2008 and the recession that followed. Harvey argues that a rise in inequality increases the likelihood of slow growth as demand dries up and under-consumption takes hold.

Interestingly, Harvey’s focus on the link between inequality and slow growth brings us back to the IMF in which a recent study by a number of economists finds that countries with high levels of inequality have suffered lower growth than nations that have distributed incomes more evenly.

Despite his misgivings, Harvey does praise Piketty’s collection of statistics and it is here that we might find a final, and possibly enduring legacy from Piketty’s work.

Krugman has said Piketty’s work will “change both the way we think about society and the way we do economics”. Perhaps. If the latter is true, it will be a breath of fresh air to those groups of students who have protested recently about the non-empirical, neo-liberal bias in the teaching of economics in British universities. It might be too much to hope that we can entirely detach macroeconomics from ideology, but the weight of authority brought by Piketty’s – and his colleagues’ – reliance on deep data analysis might at least offer us a blueprint for a better way of debating the dismal science.

Chris Edwards does not work for, consult to, own shares in or receive funding from any company or organisation that would benefit from this article, and has no relevant affiliations.