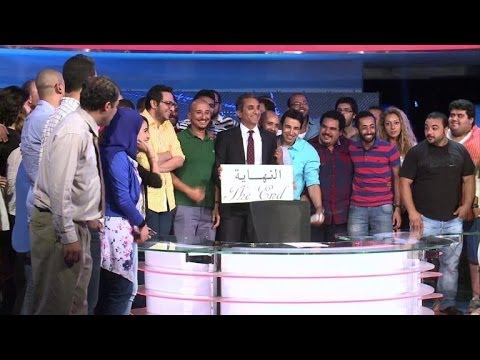 So, no regime then? Jon Stewart was on al-Barnamag [“The Program”] last year this time and remarked of the then Muslim Brotherhood government’s prosecution of his Egyptian counterpart, Bassem Youssef, for political libel of President Muhammad Morsi, “If your regime can’t handle a joke, you don’t have a regime.” AFP reports:

Egyptian satirist Bassem Youssef said on Monday he has cancelled his television show which mocked ex-army chief and president-in-waiting Abdel Fattah al-Sisi because of “enormous” pressure. The heart surgeon turned comedian, often compared to US satirist…