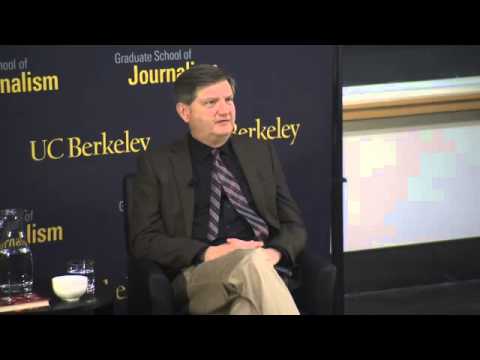 The Supreme Court today rejected New York Times reporter James Risen’s appeal of a 4th Circuit decision that ruled the government can compel him to reveal his source under oath. The case, one of the most important for reporter’s privilege in decades, means that Risen has exhausted his appeals and must now either testify in the leak trial of former CIA officer Jeffrey Sterling, or face jail time for being in contempt of court. Risen has admirably vowed to go to prison rather than comply.

This is the latest victory of the Obama administration in their crackdown on sources, and in turn, investigative journalism. As the New York Times again reminded us today, they have “pursued leaks aggressively, bringing criminal charges in eight cases, compared with three under all previous administrations combined.”

Make no mistake, this case is a direct attack on the press. The Justice Department has recently tightened its “guidelines” for subpoenaing reporters (which have no enforcement mechanism) and the Obama administration claims it supports a tepid journalist shield law, but this was the case where they could have shown they meant what they said about protecting journalists’ rights. Instead, they argued to the court that reporter’s privilege does not exist all, even comparing journalists who invoke the privilege to criminals who have recieved drugs.

By going after Risen, the Obama administration has done more damage to reporter’s privilege than any other case in forty years, including the Valerie Plame leak investigation that ensnared Judy Miller during the Bush administration. The Fourth Circuit is where many national security reporters live and work, and by eviscerating the privilege there, the government has made national security reporting that much harder in an age where there has already been an explosion in use of surveillance to root out sources of journalists.

While the fight for reporter’s privilege will certainly continue, and is by no means dead in much of the country, this case is another reminder that reporters can no longer rely on the legal process to protect their sources. Surveillance has become the government’s go-to tool for rooting out a record number of sources and chilling all kinds of investigative journalism. Out of the eight source prosecutions under the Obama administration, the Sterling case is the only one where a reporter was called to testify. As an unnamed national security official reportedly once said a year ago, “the Risen subpoena is one of the last you’ll see. We don’t need to ask who you’re talking to. We know.”

It’s now incumbent upon reporters to use technology to help protect their sources from the first moment they start communicating with them. Encryption—whether it’s used with email, chat, or phone calls—is now a vital tool that can no longer be looked at as a luxury or speciality. Whistleblower submission systems, like our SecureDrop project or Globaleaks, should become the norm rather than the exception.

Despite the damage its already done to reporter’s privilege on the whole, the government can and should prevent Risen from going to jail by declining to call him to testify in the Sterling trial. Since the Attorney General has repeatedly stated that no reporter will go to jail for doing his or her job, that seems like the least they can do.

As a small tribute to Risen, today is a fitting day to re-read the book chapter that the government has subpoenaed him over. He exposed a disasterous operation by the CIA, where they literally handed over designs to a nuclear bomb to Iran. It is a truly riveting read and the public is better served by knowing what happened.

Mirrored from Freedom of the Press Foundation

Unfortunately, it appears that the Supreme Court has decided not to hear reporter James Risen’s appeal in the case in which he has been subpoenaed to testify, concerning CIA leaks. Risen had refused to testify, claiming that as a reporter he was entitled…