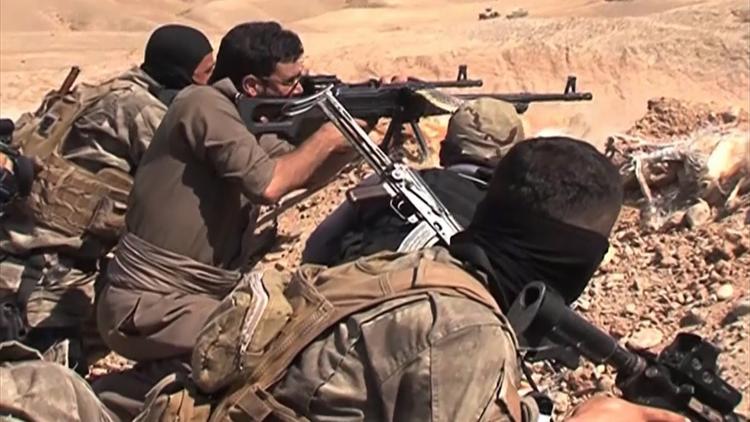 The virtual collapse of the Iraqi army and its inability to take back any territory from Sunni forces coordinated by the Islamic State of Iraq and Syria brings into question our earlier insouciance about the oil impact of ISIS advances. The Kirkuk fields in the north produce only about 670,000 barrels a day. Up to 300,000 of that production can be exported through the pipeline to Ceyhan in Turkey. These days, the pipeline is only handling about 120,000 barrels a day from Iraqi Kurdistan.

The Kirkuk fields contribute only a fraction of Iraq’s 3.3 million barrel a day production. Most of it is in the south around Basra.

Until the Ceyhan pipeline was reopened in May after sabotage closed it, all Iraq’s oil exports of 2.5 million barrels a day were going out through Basra in the south.

But if city after city is falling to ISIS, and they have even captured the Jordanian border towns, you have to ask yourself if they can really be kept out of Basra in the south. Seven years ago, it was common for militias to smuggle as much as $5 billion a year of Basra refined petroleum products. ISIS may want in on that bonanza, and it has the bomb-making expertise to blackmail the industry into giving them a share.

An even more frightening possibility. What if ISIS becomes popular in Saudi Arabia itself? If Saudi production were disrupted, gasoline prices would head toward the moon.

As it is, Brent Crude on the London exchange reached over $115 a barrel last week, and had fallen to $114 or yesterday. A decade ago it wasn’t unheard of for a barrel to be sold at $15 a barrel, about a tenth of what it is now, though the price was more usually around $30.

During the past ten years, American drivers have seen their gasoline bill go up tremendously– though not as much as it by all rights should have– and stay there. Because of Iraq unrest, it will likely average as much as $3.70 later this summer nationwide (because of state taxes and varying profit taking by stations, the price is different from state to state).

The hype around hydraulic fracturing of petroleum in North Dakota cannot obscure that newly found US fields are small by world standards, and are shallow and doomed to run dry by the early 2020s. US fracked oil is almost irrelevant when the world is producing 91 million barrels a day and appears to want 100 barrels a day.

The US is not energy independent and is unlikely to become so. It uses 18.7 million barrels a day of petroleum, with a shortfall of around 5.7 mn b/d. That shortfall will shrink slightly through 2022 when it will likely start growing again because the fracked oil fields are shallow and will quickly get used up.

Moreover, the new US production is small enough in world terms that it doesn’t bring the prices down, given growing Asian demand. Despite small differences between the West Texas Crude and Brent exchanges (with a typical spread of $10 or 10% of the price), the petroleum market is pretty much a single market worldwide. Thus, US prices move up when there are shortages in countries from which it does not import. It is like everyone sitting in a backyard pool full of oil. If the level of liquid falls, it falls for everyone, and supply and demand determine the price.

People with long commutes are going to feel the extra cost this summer.

Americans need, where they can, to move closer to their work. A lot of young people have moved downtown and use public transport because of the high gasoline prices. That is why we didn’t go back up to using 21 mn barrels a day of petroleum when the economy began recovering. All cities need to look at Portland’s transportation program.

For those who drive, Americans who own their own home are crazy not to buy an electric vehicle or a plug-in hybrid.

I put solar panels on my house last December. In May they provided virtually all of the 600 kilowatt hours of electricity my home uses every month. I had no electricity bill. This month my utility is sending me $26 because I generated more than I used. Given the $7500 Federal tax break and the bonus I got from my utility, probably 40% of the cost of the panels was defrayed.

And a got a Chevy Volt, which is a plug-in hybrid (it goes to gasoline when the battery runs dry). Here’s what that looks like:

Juan’s Chevy Volt statistics in May:

My car used about 82.5 kilowatt hours of electricity in May, accounting for 13% of my house’s consumption. (Actually Ann Arbor lets you charge for free in city parking lots, so probably 30 or so KwH was just given to me by the city).

Since sunshine is free, I drove 273 miles for nothing, which would have cost me, at $3.70 a gallon and an ordinary gas mileage of say 30 miles per gallon, about $40. (I don’t work 9-5, so most often I charge the car in the daytime from sunlight, avoiding Michigan’s dirty coal dependence).

Between having little or no electric bill and a very small gasoline bill, I’ll pay off the panels in 6 years or so. Assuming that I would have bought a car like a Volt (it is a *nice* car and they’ve dropped it to $32,000) anyway, I’m way ahead economically and not dependent on foreign oil or its instabilities at all.

A bonus, which is the really important thing. Between the car and the panels I have avoided about 2 tons of carbon dioxide pollution so far this year. Each American on average produces 16 tons of CO2 each year, though just driving and powering one’s home is much less than that (the extra comes from the factories that make the things we buy). I have taken a big step toward a net zero carbon style of life. (It does of course cost carbon to produce the panels and the car, but that will be paid off fairly quickly). The US produces 5 bn metric tons of CO2 every year. We need that to be zero ASAP.

I know not everyone can afford the panels or the car. But actually if those who can afford them buy them, it reduces the cost for everyone else down the road. By Swanson’s law, “the price of solar photovoltaic modules tends to drop 20% for every doubling of cumulative shipped volume”. Also, in states like California or Colorado, companies will rent you the panels for an up front cost of only $1000.

After 6 years or so, the savings will be cream. So even if you didn’t believe in global warming, if you plan to be in your house for a decade or more you’re crazy not to do what I did. The cost of solar panels has come way down quickly. Plus, it saves you having to worry about the Middle East oil fields.