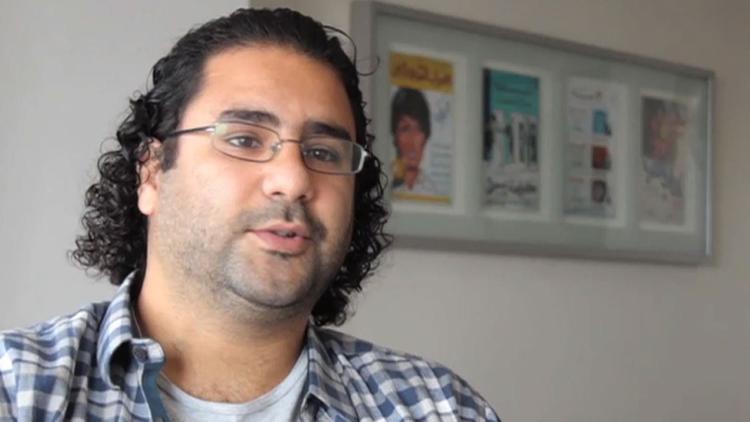 “Have you pronounced blessings on the Prophet today?” These words alarmed the Egyptian regime and impelled it to announce a war on the posters carrying them. Last week, whenever you go around the streets of Cairo and some other governorates, you could hardly miss seeing these posters. With almost the same writing style, the posters went viral on cars, taxis, shops and the entrances of residential buildings. Soon, the media launched its campaign and called on the authorities to take a quick response to this mushrooming phenomenon. On his part, the Ministry of Interior’s spokesperson roamed the different media channels announcing the crusade against these posters and whoever behind them.

As the habit with the Egyptian public sphere, several analysts competed to explain the motives and intentions behind such posters. Some analysts linked this phenomenon to the recent call by an important Salafi sheikh – Muhamed Hussien Yaaqub – on Islamists to go back to their call for Allah’s sake and leave the political life. He stressed that the original mission of Da’wa (calling people to the faith) was lost in the pursuit of power and indulgence in politics. In this way, some sees the spread of these posters as a positive response to this call by the Islamic youth especially that the Muslim holy month of Ramadan is approaching.

A second group put forward a conspiracy theory. On one hand, some observers saw it as an attempt by Islamists, the Muslim Brotherhood in particular, to make a comeback in the street after the failure of their political project under Morsi. For this explanation, the phenomenon resembles the spread in the 1990s of the poster carrying the slogan “Islam is the solution” promoted by the group at election times. Therefore, the argument goes, it should be prohibited as it manipulates religion to serve political purposes. It seems, however, that the main danger here is the possibility of establishing any association between the spread of the posters and the popularity of the Muslim Brotherhood. This association, if constructed, would has negative implications on the legitimacy of the current regime.

Harping on the tunes of conspiracy theory, others perceived the poster as an evil threat to societal peace by sowing the seeds of sectarianism and division among Egyptians. The Egyptian Copts were among those who loudly voiced their objection to such practices. Some of them – the Coptic Activist Naguib Gibrael—- submitted a formal complaint to the Minister of Interiors stressing that Egyptian should have bypassed the sectarian division after June 30 (in reference to the massive demonstrations that paved the way to the ousted of the elected President by the army on July 3, 2013).

Apparently, the official view corresponded with these claims. This is why the spokesperson of the Ministry of Interior rushed to publish an official video on the Ministry’s Facebook page and made several phone interventions in different talk shows stressing that the police would conduct an intensive campaign to remove the posters. He justified such an act on the basis that the traffic law prohibits putting any posters or banners violating the general morals or expressing any religious or sectarian symbols. On his part, the minister of Endowment described the posters as “the act of the evil” and an attempt to spread division and chaos (fitna).

Regardless of who stands behind these posters, the incident reveals two defining elements in the governing policies of the current regime. The first element is the uncompromised control over the public space. Since the July 3 coup, the regime had done everything it could to bring things as close as possible to the pre-25 January situation. The fight over the public space is one of the most contested arenas. The symbolism of the revolution emanated from occupying public space: Tahrir. The square became a contested space between the regime (represented in its security forces) and the demonstrators. While the protestors were marching towards Tahrir, security forces were forcefully pushing them back. The revolution was partially a conflict over who owns the public space.

With the July 3 coup, the regime has employed several strategies to restore its dominance over the public space. These strategies started with imposing a curfew immediately after the coup, and lately culminated in issuing, and adamantly applying, the (anti) protest law. Sufficiently here to mention that one of Egypt’s most famous youth activists – Alaa Abdel Fattah – was sentenced last week to 15 years in prison for ‘violating’ the protest law. This is probably to send the message that the era of demonstrations has gone and the new/old regime has zero tolerance policy towards it.

The regime’s response to the poster is, thus, not surprising. The wide spread of the poster simply threatens the regime’s dominance over the public space. This is no longer acceptable in the ‘New Egypt’. Since al-Sisi had officially sworn as the new President, it became clear how determined he is in making the state’s comeback widely observable and felt by the citizens. The first day after officially assuming responsibility, al-Sisi’s government launched intensive campaigns to strictly apply the traffic laws and ending the street vendors’ occupation of the streets and famous squares. The regime’s domination of the public space and subjecting it to its orders is simply conceived as an inseparable part of the state’s prestige (Haybat al-Dawla). For al-Sisi and his protégé, the state’s prestige lies in imposing its iron fist and fully controlling the different aspects of public life. This is why revolution for them was synonymous to chaos and the collapse of the state because it empowered citizens vis-à-vis the state. For the regime, public spaces is perceived as sources of threat and they have to continuously work on monitoring and controlling them in order to maintain power and “order”.

A second defining factor is related to the expression and practice of religion, Islam in particular. For anti-coup voices, it is useful to frame the incident as a clear manifestation of the regime’s fight against Islam. This explanation is just a shallow one. In all his public talks and interviews, al-Sisi was keen on presenting himself as a pious person who saved Islam as much as he saved Egypt by ousting Muhammad Morsi. Religion was also present in the scene orchestrated by al-Sisi from the very beginning. Having the Grand Shiekh of al-Azhar next to the Head of the Egyptian Orthodox Church while al-Sisi was deposing Morsi was important in imbuing legitimacy to an illegitimate act. The fight is simply not against Islam or religiosity per se.

It is more about who has the right to talk in the name of Islam in public spaces. More specifically, the battle revolves around who has the right to employ religion for political reasons. The way al-Sisi perceives the roles of the head of the state supports this explanation. In his interview with Skynews Arabic, al-Sisi strongly stressed that “there is no longer something called religious leadership. The head of the state is the one who is responsible for religion, morals and principles.” The recent decisions by the Ministry of Endowment further elucidates this perception. The ministry decided that no one would take the pulpit and give sermons unless the ministry authorizes him. Last Friday, hundreds of mosques were closed for the Friday prayers because they do not have a certified imam from the authorities. In other mosques, the prayers were conducted without an imam by listening to the sermon in the radio.

This was actually the third major step taken by the regime since the coup to contain the religious discourse and bring it under total control. The first decision came immediately after the coup banning any mosque whose size was less than 80 meters from holding the Friday prayers. This was probably to decrease the number of mosques to be able later to provide them with authorized imams.

The second decision was imposing a unified Friday sermon in all the mosques. This simply means that all the people will get the same message that the regime would like to disseminate. The Friday prayer, in particular, was a main target. This is probably due to its noticeable effect during the January 25 revolution where big demonstrations used to take place after the prayers as people were already in the streets. In this manner, the “mobilizing” Islam is the one that is under attack not the “pacifist” version promoted by the state. Claiming that overthrowing Morsi was to separate religion from politics was just a wishful thinking. Employing religion will remain part of the political discourse in Egypt. The only change is that that it would be the exclusive domain of the state.

In this way, the fight over the public space continues in Egypt. Religion is, obviously, an important tool in this battle. If the regime prevails in this battle, it will be time to pay farewell to our revolution.

Marwa Fikry Abdel Samei is Assistant Professor of Political Science in the Faculty of Economics and Political Science at Cairo University. She completed a PhD at Northeastern University on mass media and public diplomacy in the contemporary Arab world. Recent publications focus on rise of Islamists after the Arab Spring.