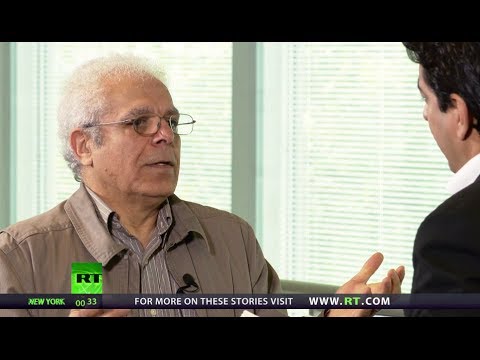 Iraqi Prime Minister Nouri al-Maliki on Thursday told BBC Arabic that he was buying used fighter jets from the Russian Federation and from Belorussia. He said it had been a huge mistake to depend on the US for arms purchases, since the US arms pipeline is extremely slow and F-16 fighter jets ordered some time ago still have not arrived.

Al-Maliki was likely also reacting to the attempt of US President Barack Obama to strong arm him into resigning from his office in favor of a national salvation government.

Al-Maliki is widely blamed for the debacle of the past few weeks, in which he has lost a third of his country to the Islamic State of Iraq and Syria. Al-Maliki’s stubborn sectarianism and inability to work with Sunni Arabs pushed them over the edge.

Al-Maliki’s narrative is rather different. He maintains that his troops in the north and west lacked close air support because of American foot-dragging on weapons already paid for. Al-Maliki maintains that the jets can be in Iraq withing 3 days, and can be deployed in bombing raids on ISIS positions in the north.

Al-Maliki also portrays the idea of a unity government as anti-democratic, since it sets aside such issues as which party won the most seats.

Determined to stay as prime minister for another four years, al-Maliki is seeking to accomplish several things at once. He wants to do an end run around Obama so as to avoid succumbing to American pressure to resign. He wants to impress Iraqi parliamentarians with his external contacts such as Russian President Vladimir Putin, so that they might support a third term for him. And practically speaking he wants to adopt the Syrian Baath’s model of dealing with ISIS, which is to bomb them intensively, both aerially and by artillery, even at the risk of extensively damaging the local urban environment and killing and making refugees of millions. That he is even talking about this strategy publicly is probably meant as a threat with which to menace Mosul.

Al-Maliki has changed geopolitical positions quite a lot in a decade. He had been bureau chief of the covert Da’wa Party in Damascus in the 1980s and 1990s and formed a deep dislike of the Syrian regime. When he first became prime minister in 2006, al-Maliki blamed all the bombings and violence in Baghdad on the Syrian government. Then after the Syrian attempted revolution and accomplished civil war, al-Maliki switched around and began supporting Bashar al-Assad, in fear of ISIS moving back from conquests in Syria to Iraq (he was prescient).

As for Russia, its predecessor the Soviet Union had been the patron of the Iraqi Baath Party in the 1970s and forward. The Kennedy and Johnson administrations had conspired with the Baath Party. In return for building it up, the Baath would crush the Iraqi communist party, of which American officials were universally afraid.

But after the Baath failed coup of 1963, it bided its time and in 1968 made a definitive coup. From the early 70s the Baath government allied with the Soviets rather than with the US (joining Syria, Libya, the PLO and others in the Steadfastness Front in the face of Israeli expansionism).

The Soviet patronage of Baathist Iraqis lasted until the Gulf War in 1990-91. Soviet premier Mikhail Gorbachev tried to mediate a bit, but in the end acquiesced in Bush senior’s war on Iraq.

Just as Putin has recovered the Syrian government as a client, so Putin seems to want to recover Iraq.

Putin is in a good position to pick up Iraq. Putin is consistent, hating the ISIS in Syria as much or more than the one in Iraq. Russia has fighter jets and helicopter gunships of sufficient firepower to hold ISIS at bay. Geopolitically, Russia is relatively close to Iran (Maliki’s backer as of 2010), as well as to al-Maliki’s ally, Bashar al-Assad.

Al-Maliki’s apparent desire to mimic the Syrian Baath Party’s tactics is misguided. The Syrian regime’s extensive shelling of Homs has reduced it to rubble. Al-Maliki told the BBC he had not asked Syria to bomb the ISIS positions at the Qa’im border crossing, but added that it was perfectly all right with him for foreign nations to bomb his own. The Yeltsin approach to Chechnya comes to mind.