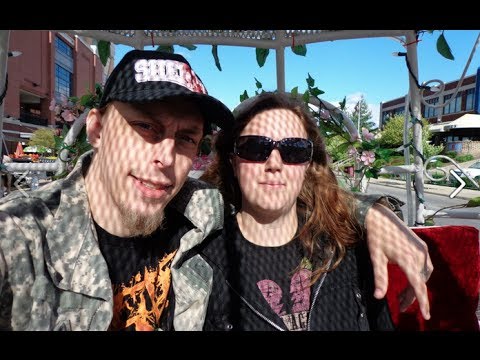 Our capitalist class may be becoming an absolute danger to ordinary Americans. By promoting a doctrine of absolute right to gun ownership (which rather helps gun manufacturers) and at the same time encouraging people to hate the Federal government and resent paying taxes, they are creating a whole class of alienated far right shooters.

The American far Right, with its white supremacism, fascination with guns and explosives, profound hatred for the Federal government, poses the biggest terrorism threat in the country by far. Worse, they receive support from right wing media in the US because they hate taxes just the way the ultra-conservative media moguls do. Although their attacks are ideological, directed at civilian victims and violent, they are seldom categorized as ‘terrorists.’ Rather what they do is “mass shootings.” In the meantime, plots hatched by Muslims in the US during the past few years appear almost always to be a form of entrapment by the FBI.

The right wing noise machine has even deflected blame from itself for whipping up anti-government sentiment by falsely alleging that most mass shooters are Democrats!

The Cliven Bundy stand-off with the Bureau of Land Management, in which Sean Hannity and other Fox luminaries strongly took Bundy’s side, brought out the crazies. At least one of the mass shootings in recent days has a connection to the Bundy incident and possibly more (Dennis Marx, like many militiamen who came to support Bundy, was a so-called ‘Sovereign Citizen.”

1. Aaron Ybarra, the alleged shooter who killed on a small Christian college campus in Seattle, had a history of obsession with the Columbine school mass shooting. Although he is being depicted as simply crazed, in fact most reports say he had hoped to kill a lot of people before committing suicide. A fixation on Columbine would tend to suggest an anti-Establishment ideology rather than making the person a random shooter.

2. Dennis Marx, who planned a big hostage-taking and mass shooting at a courthouse in Georgia, was a member of the ‘Sovereign Citizen’ movement that sees the Federal government as illegitimate.

3. Jerad and Amanda Miller identified with Cliven Bundy’s claim that he did not have to pay his taxes and fees to an illegitimate Federal government. They saw the government as oppressive and Nazi-like. They hated police so much that they shot two policemen in the back of the head while they were on a break eating pizza. The policemen had children, one a baby.

The latter 2 attempts at mass shootings recall Wade Michael Page in the far right ideology that animated them.

One difference between any old mass shooting and an act of terrorism is that the shooter has an ideology when it is terrorism. At least 2 of these 3 were ideological, and maybe all three. That we have enough knowledge of them to speak of white terrorism is not in doubt. But we won’t.