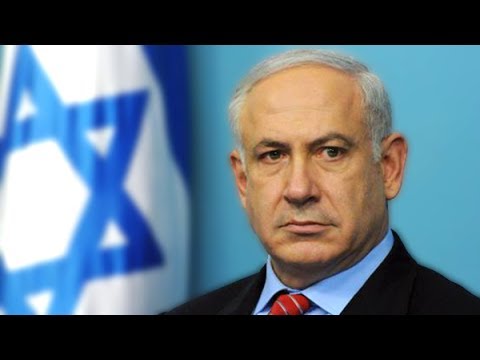 If there was any doubt about which side came out stronger from the failed Kerry peace initiative, it’s been put to rest by events since. Neither side wanted to be the first to disrupt the talks and be blamed for their demise. Once Netanyahu reneged on releasing the last contingent of Palestinian prisoners, under an agreement he made with Senator Kerry as incentive for Palestinian participation, Abbass fought tit-for-tat. First, he filed petitions for recognition with fifteen new international agencies. When Bibi called foul and still refused to hand over the prisoners, Abbas announced an agreement between Fatah and Hamas to reconcile.

Prime Minister Netanyahu should have known something was up. PM Netanyahu surely recognized trouble for Israel after a “senior US negotiator” (later revealed to be Martin Indyk) gave an interview to popular Israeli journalist Nahum Barnea that ran in Israel’s largest Hebrew-language daily. In it he said:

“There are a lot of reasons for the peace effort’s failure, but people in Israel shouldn’t ignore the bitter truth – the primary sabotage came from the settlements. The Palestinians don’t believe that Israel really intends to let them found a state when, at the same time, it is building settlements on the territory meant for that state. We’re talking about the announcement of 14,000 housing units, no less. Only now, after talks blew up, did we learn that this is also about expropriating land on a large scale. That does not reconcile with the agreement.”

In quick succession, chief Israeli negotiator Tzipi Livni held an unauthorized meeting in London with Palestinian President Mahmoud Abbas; the US and most of the world announced it would deal with a new technocratic government in Palestine so long as it adhered to Quartet principles; and yesterday Finance Minister Yair Lapid gave PM Netanyahu a six month deadline to make peace with the Palestinians and to stop building outside the near-Jerusalem settlements..

The abrupt break-up of the peace talks was the best thing to happen for Palestinians in years. Twenty years after the Oslo process turned into the ‘walking dead]’, Israel itself drove the final stake through its heart by stone-walling and refusing to negotiate seriously and constantly trying to back Abbas into the corner he now occupies.

NETANYAHU ATTACKED FROM BOTH LEFT AND RIGHT

According to most accounts, Netanyahu sees the handwriting on the wall as clearly as Daniel. He ‘supports’ a two-state solution as essential to Israel remaining democratic and Jewish into the future.. Along with his cohorts on the Israeli right, however, he envisions a rump Palestinian state, one not only demilitarized but accepting IDF troops stationed in the Jordan Valley for ten-plus years, sliced up by an eery and imposing barrier wall and a ‘border’ defined not by the pre-war 1967 boundaries but by decades of Israeli usurpation and settlement of Palestinian land.

Big on bluster and having no strategic options of his own to offer, Netanyahu is out on a limb with nothing but air under his feet. Instead, he face almost universal condemnation of the occupation, more economic pressure from Europe, a growing BDS movement and dissatisfaction in the business community. Famous for indecision, he’s overreached and drawn the ire of both left, right and centrist Israeli politicians

“Extreme right-wing forces are pushing us toward the delusional idea of annexation…but we will not allow this to happen. Yesh Atid will not only bolt from the government, it will bring it down… There’s no reason to continue building settlements in areas that won’t remain inside Israel’s border in any future accord, and there’s no reason to invest billions in infrastructure that we would eventually give the Palestinians as a gift… “

Perhaps alluding to the 2002 Arab Peace Agreement, recently reaffirmed by the Arab League, he added:

“{Israel} needs to come to the next round of peace talks with detailed maps, prepared by us, that express a side national consensus. These maps would allow us to formulate a three-part move that, at the end of which, we will be completely separated from the Palestininans and reach a wide-reaching accord with the moderate Arab states.”

Lapid called on Netanyahu to reach a treaty with Palestinians within the next six months, pointedly before new Palestinian elections take place.

“”What happened yesterday, when four senior ministers gave public addresses one after the other with each proposing a different political solution, was a grotesque performance,..one minister spoke of annexation, another minister spoke of deliberation, a woman minister spoke of segmentation, and the last spoke of stagnation. That is not a government policy. We need to cut down and adopt a single political plan to bind all parts of the coalition.”

Freed from the confines of the US framework for negotiations, the Palestinian President Abbas rapidly built on his diplomatic strategy and reconciliation talks. President Abbas had already stated that Israel must freeze all settlement building for three months and agree to first negotiate borders before the Palestinians would return to the talks. Lapid’s plan dovetails with Abbas’ pledge.

The two wings of Netanuahu’s coalition are closing in on him with Lapid. Conditions are being set for the possible collapse of Netanyahu’s fragmented coalition. If the right wing falls off, The Labor Party has pledged to join a new coalition with a peace agenda. Still, the right will do everything in its power to maintain control. A month ago, Israelis ‘in the know’ were saying Netanyahu was secure. But Israeli politics is fierce and unpredictable. Nothing stays the same for long.

Both sides will go back now and try to put their houses in order for the next round, perhaps initiated by the two parties themselves.

Carlyn Meyer, former editor of the blog Read Between the Lines writes on politics from her home in Chicago.

The Young Turks: “It’s Great News, So Why Is Israel Upset?”