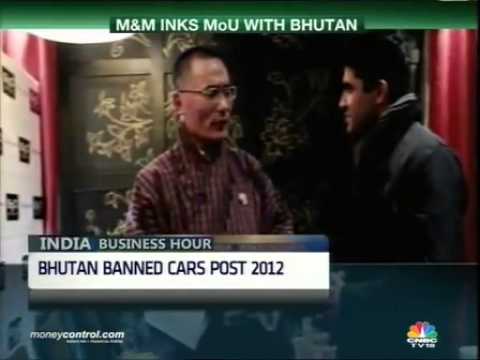 Situated on the southern slopes of the Eastern Himalayan mountains, the Kingdom of Bhutan has fewer people than the state of Rhode Island and even fewer cars on its poorly-paved roads. But after several visits between Bhutan officials and executives for Nissan and Mitsubishi, an ambitious plan to replace all of Bhutan’s cars with EVs has been hatched, reports Autoblog Green.

Initially, a meeting between Bhutan’s Prime Minister and Nissan CEO Carlos Ghosn, with the two discussing the possibility of bringing 2,000 electric vehicles to the capital of Thimphu. From there the plans only grew, with Prime Minister Tobgay recent visit to Japan. While there, he asked executives at Nissan and Mitsubishi to help him replace every car on the capital’s roads with EVs.

Furthermore, these EVs would be powered by green, sustainable hydropower, which Bhutan operates 100% on. It actually produces so much excess power that 95% of it is exported to neighboring India. Bhutan had been trading this excess energy for petrol to power vehicles, but now that energy could be directed right back to residents’ homes. Could Bhutan be the first nation to go 100% electric?

Christopher DeMorro: A writer and gearhead who loves all things automotive, from hybrids to HEMIs, Chris can be found wrenching or writing- or esle, he’s running, because he’s one of those crazy people who gets enjoyment from running insane distances.

This work is licensed under a Creative Commons Attribution-Share Alike 3.0 License.
—–