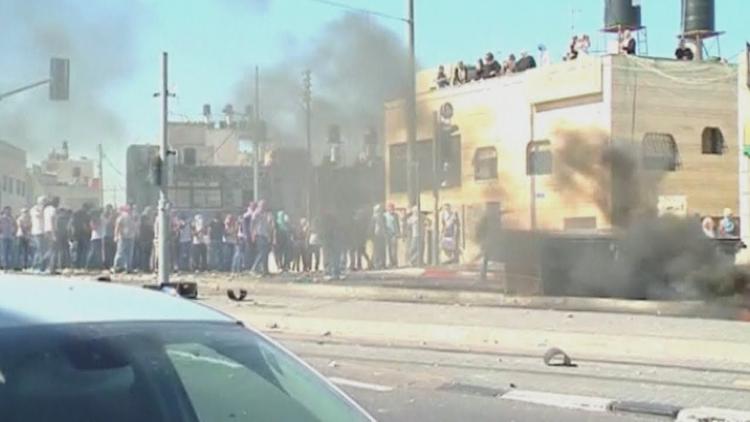 Americans are commemorating the Fourth of July today, the anniversary of the Declaration of Independence.

The grievances that the four million inhabitants of British North America had in 1776 were not felt by them to be narrow or specific but rather universal, and so too was the remedy. They laid against the government of King George III that it was not serving the interests of its North American subjects.

“We hold these truths to be self-evident, that all men are created equal, that they are endowed by their Creator with certain unalienable Rights, that among these are Life, Liberty and the pursuit of Happiness.–That to secure these rights, Governments are instituted among Men, deriving their just powers from the consent of the governed, –That whenever any Form of Government becomes destructive of these ends, it is the Right of the People to alter or to abolish it, and to institute new Government, laying its foundation on such principles and organizing its powers in such form, as to them shall seem most likely to effect their Safety and Happiness.”

All human beings are created equal, the founders of the United States believed.

That means that Palestinians, as human beings, are also created equal. The text says “all.”

Moreover, the Palestinians by virtue of being “men” (i.e. human beings) have been endowed by God with the rights of life, liberty and the pursuit of happiness.

The Palestinians do not have any of these rights, whether God wants them to or not. They were successively ethnically cleansed from their homeland of Palestine by militant Jewish settlers. (There were no Jews in Palestine to speak of as recently as 1800; Bonaparte found about 3,000 I think; Palestine was inhabited by Muslim and Christian Palestinians and as late as 1939 the British mandatory authorities envisaged a Palestinian state in 1949). Some 750,000 were expelled with no compensation and their land and property usurped in 1948. More tens of thousands were displaced in 1967. Their numbers have grown. Some 20 percent of Israel is remnants of the original Palestinian inhabitants, some 1.6 million persons. They are second class citizens in many ways.

But the some 4 million Palestinians who live in the West Bank and Gaza, and the several hundred thousand living in Lebanese refugee camps, are living lives the opposite of the ones Jefferson declared natural. They are stateless. In the West Bank they live under Israeli military rule; there are a few civil institutions, but all of these can be over-ruled by the whim of the Israeli army. Palestinians do not control their land, water or air. In Gaza, the Israelis have put them under siege, including the children and non-combatants in general. They aren’t allowed to export virtually anything they produce. They have no port or airport (both bombed by Israel). They suffer from massive unemployment and even malnutrition. The Israelis have placed the Palestinians of Gaza in a huge open-air concentration camp. With American and European help.

In the phrase of Warren Burger, the stateless have no right to have rights. They do not have the right to life, or liberty, or the pursuit of happiness. They may be killed with impunity (the Israeli army has killed 9 Palestinians, including children, in its crackdown on the West Bank over the horrific kidnapping and killing of three Israeli youth. The horrid character of the crime does not authorize Israel to engage in collective punishment nor Israelis to act as vigilantes and deprive other people of life or liberty.)

So the Palestinians do not have a right to life. They have no liberty at all as the US founding generation conceived it. And they certainly have no right to pursue happiness. Their lives are constrained and made difficult by deliberate actions of Israeli officials and officers and armed squatters on their land who torment them.

The Declaration of Independence insists that people have a right to elect their government. But Palestinians cannot elect the Israeli government, which actually rules them (and they cannot elect the Lebanese or Syrian governments either, where there are significant Palestinian refugee populations). The elections held after the Oslo process have been undone by deliberate Israeli intransigence. When Palestinians vote for the Palestine Authority, in any case, they are not actually getting representation that matters. Unelected forces in Israel still control their land, air and sea.

When Palestinians elected a Hamas government in 2006, the Israelis disrupted it and fomented a PLO coup against it. The Americans in 1776 said of King George, “He has dissolved Representative Houses repeatedly, for opposing with manly firmness his invasions on the rights of the people.” Palestinian parliamentarians have been arrested in large numbers by Israeli soldiers on the West Bank. Some are now again kidnapped.

The early Americans were angry that King George III took away land at will, which is something the Israelis routinely do to the Palestinians. They also minded that he appointed the court judges. The Palestinians have no courts in which to adjudicate their claims, being forced to litigate in front of unsympathetic Israeli judges.

Did the Americans mind that the king was “cutting off our Trade with all parts of the world?” Israelis are doing that to the Palestinians. Were they angry at him “for depriving us in many cases, of the benefits of Trial by Jury”? The Israelis arrest and hold people for a very long time without any judicial process.

The remedy the early Americans applied to these problems, of rising up against foreign occupying troops, is not available to Palestinians. The Israelis are too strong, too well armed, and too backed to the hilt by the US Congress, many members of which have more or less been bribed by pro-Israel donors. Opposing the Israeli occupation is routinely equated in the US to “terrorism,” even though Palestinians are the aggrieved party. But in any case, the Declaration of Independence does not say all men are created equal except those that have some violent people among them. And King George III saw the American revolutionaries as terrorists, too.

The horrible thing is that US diplomacy and US taxpayers’ money is going toward keeping the Palestinians stateless and without rights. Americans are doing to a helpless people exactly the kinds of things they wouldn’t put up with from King George III for themselves.

ITN: “Clashes in Jerusalem after Palestinian teen abducted and killed”