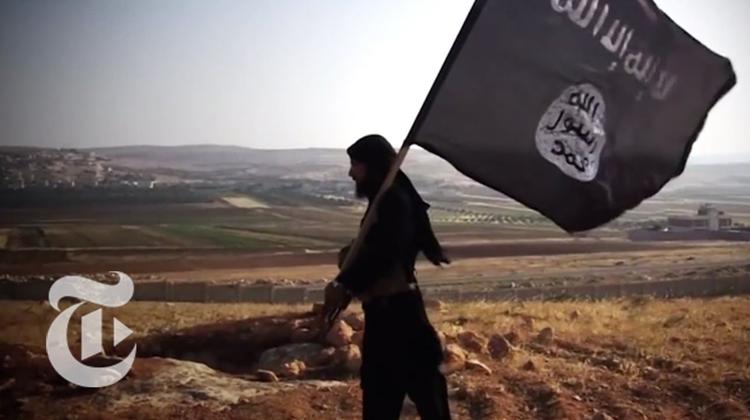 Abu Bakr al-Baghdadi’s proclamation of himself as “caliph” is rather like the Grand Wizard of the Ku Klux Klan declaring himself the Holy Roman emperor. A small criminal/ terrorist group making claim on an archaic institution is more worthy of ridicule than awe. Having offended educated Muslims around the world, the extremely violent psychopath and serial mass murderer, whose real name is Ibrahim al-Badri, went on Tuesday to call on Muslims to immigrate into his so-called ‘Islamic State’ in northern Syria and northern Iraq. He also declared a holy struggle (jihad) against his enemies during the fasting month of Ramadan.

At the same time, the anti-Assad opposition in Syria issued a joint statement from its “Religious Law Bureau,” saying that al-Baghdadi’s declaration of a caliphate is illegitimate both according to Islamic law and according to simple reason. In Syria, al-Baghdadi has killed his putative allies against Bashar al-Assad with such vicious abandon that even core al-Qaeda threw him out of their movement.

The religious affairs bureaus of the opposition groups said that “the prerequisites for the caliphate do not exist in our own time.” They said it was particularly invalid with regard to the Islamic State of Iraq and Syria.” They said that al-Baghdadi’s declaration of the caliphate was an attempt to escape from his crimes and to endow his violent activities with an Islamic patina, especially his war on his opponents and on those who refuse to pledge fealty to him.

Al-Baghdadi’s call for immigrant Muslims refers to some medieval jurisprudents who forbade Muslims to live under non-Muslim rule and who urged them to emigrate to a Muslim-ruled kingdom. He is implying that Middle Eastern states are actually non-Muslim, and as such are apostates who should be killed. The “true” Muslims should therefore leave their homelands and come to live under ISIS.

In fact, the some 75 million Indian Muslims in British India in 1900 declined to emigrate even though they were ruled by the British non-Muslims. Muslim clerics mostly ruled that since Britain allowed them to practice their religion, it was licit for them to live and work there. Of course many Muslims served Hindu rajas of the princely states, as well. There was one sad episode in British India in 1920, where a hysteria spread that Muslims should not be living under foreign Christian rule, and some of them emigrated to Kabul in Afghanistan. They hadn’t made proper preparations, and there were not exactly a lot of jobs in Kabul for foreigners, so the whole thing quickly collapsed. Most straggled back, broke and traumatized. A few, ironically, ended up in Soviet Central Asia. The great clergymen condemned the movement as ignorant of Islamic law. Al-Baghdadi is attempting to provoke a similar hysteria.

As for jihad or holy struggle, al-Baghdadi is not recognized as having the prerogative to issue such a command. Classical Sunni law invested such a call in the duly constituted government. Current radical movements in Middle Eastern Islam see jihad or holy struggle as an individual duty (fard `ayn) on all Muslims. This is a heresy from the point of view of the Sunni tradition.

But the classical Muslim tradition does not recognize vigilantes, only the “people who bind and loose” as having such authority.