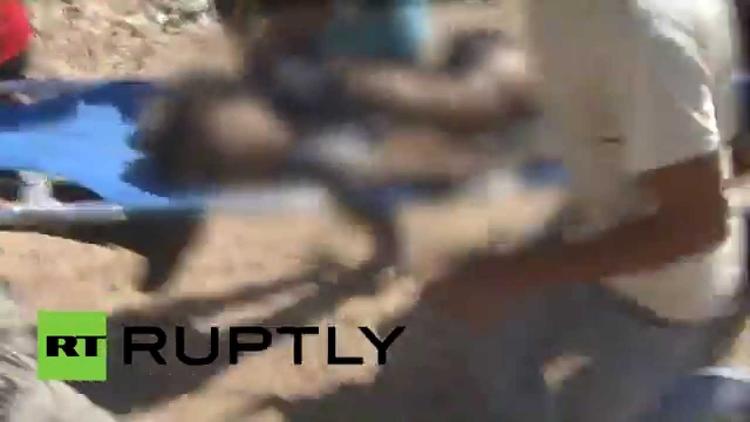 NBC.com caught the Israeli shelling of children on the beach on film. Apparently some of the children had been playing soccer with the journalists before the barrages began! There was no warning (contrary to what Euronews suggested) and there were no military targets on the beach. There were just little boys who tried to run away and who appear to have been deliberated targeted for a second strike by an Israeli gunboat.

NBC journalists and editors appear to be angry about this incident, since, unusually for American television news, they dared be quite frank in their language about Israeli culpability. Veteran correspondent Richard Engels pointed out that despite Hamas’s largely ineffectual rockets, it is the Palestinians of Gaza who are bearing the brunt of Israeli bombardment, since they have no shelter and nowhere to go.

“It was broad daylight. There was no warning . It wasn’t the precision war Israel says it is fighting… Israel claimed that it was firing at Hamas militants at the port. But the dead were four young boys.” That is, NBC just called the Israeli military bald-faced liars, because there were no Hamas militants on that beach, just children playing.

What can we conclude from this sickening attack?

1. Israel actually has quite bad intelligence about Gaza. The Israeli navy thought it was bombarding militants when it was actually just shelling a civilian beach with little children running around on it.

2. Israel doesn’t know exactly what it is shelling. The Israelis clearly saw the four little boys running away, and deliberately fired another shell at them, killing them. The gunner surely thought he had Hamas in his sights. In fact, they were just little boys, deliberately targeted and killed as they were trying to get away.

3. Israel’s so-called warnings to Palestinians to leave are absurd, because the civilians have no place to go in tiny Gaza.

4. This is not a precision war on Israel’s part. The Israeli officers outside Gaza are just hitting any old target and then declaring it a Hamas depot.

5. Israel’s response to the incident, that it will conduct an investigation, is pure propaganda. The Israeli government almost never finds against itself. The passive aggressive phraseology is a dead giveaway.

The shelling of boys on a beach is symbolic of the aggressive paranoia of the Likud government.

Update: The Egyptian-American NBC correspondent who did the beach report, Ayman Mohyeldin, was pulled from Gaza by NBC, sparking protests within the organization and a leak of its politics to Glenn Greenwald.