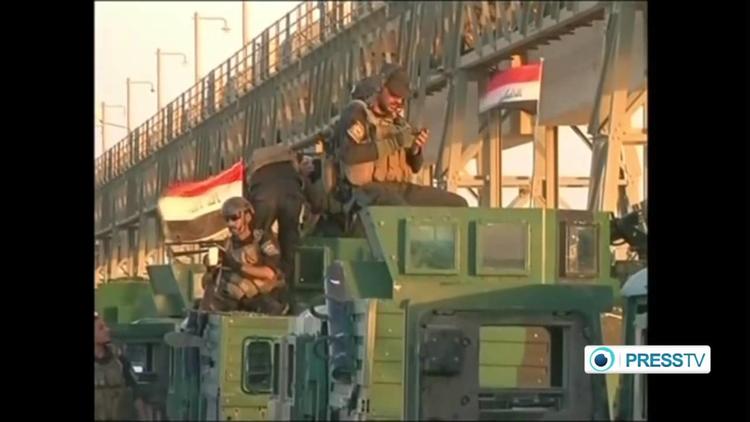 For the first time in nearly 2000 years, there are virtually no Christians in the city of Mosul in northern Iraq. The community is reported to have fled en masse after the so-called “Islamic State” (IS) of radical fundamentalists warned them that they faced the choice of converting to Islam, paying a poll tax, fleeing the city, or… the sword. The incorrectly named “Islamic State,” which is a kind of criminal cartel, said that if they chose to depart, the Christians of Mosul would only be allowed to leave with the clothes on their backs, and their homes and property would be confiscated by IS. There were an estimated 3,000 Christians in Mosul, a city of about 2 million.

IS allegedly set fire to an ancient church in Mosul that goes back to the early centuries of Christianity, though some reports dispute this allegation.

Christianity may have spread to the Jews of Babylon in the time of St. Peter. Penny Young writes:

“It is thought that the Christian population of Iraq is one of the oldest in the world. In his book By the Waters of Babylon (1972) James Wellard hypothesizes that when St Peter referred to ‘the Church at Babylon’, he may have been referring to an actual Jewish Christian community in the region of the Mesopotamian city, similar to other Nazarene communities which were springing up all over the Roman Empire to the west. The word ‘church’ was figurative. The earliest dated church building to have been found in the world so far is at Dura Europos in Syria on the Euphrates close to today’s border with Iraq. The murals were painted between 232 and 256 ad, three quarters of a century before Constantine recog­nized Christianity.”

Iraq was ruled by Iran (the Parthians and then the Sasanians) during the first six centuries of Christianity, and the religion became widespread in Mesopotamia, perhaps even a majority. After Arab Muslims conquered both Iraq and Iran in the 600s AD, most of the people of both gradually converted to Islam over the next four or five centuries. But in Iraq a large Christian population survived. The 1987 census gave 1.4 million Iraqi Christians out of a then population, probably, of 19 million. By 2003 the Christians were estimated at 800,000, with over half a million having emigrated during the years of harsh US/ UN sanctions, or having not been able to afford to have children. The US military occupation of Iraq gave Christianity a bad name and Iraqi Christians were most unfairly targeted as somehow American clients. Over half of the remaining Christians were said to have left by 2008, leaving about 300,000 or so. Now it appears that the remaining 300,000 are being ethnically cleansed in the north of Iraq, where most Christians had lived.

Mosul’s fleeing Christians have largely gone to Dohuk or Irbil in Kurdistan, and Kurdish officials have urged Kurds to give them refuge. Shiite shrines and institutions in the holy cities of Najaf and Karbala have also offered to shelter the displaced Christians. Tens of thousands of Iraqi Christians had earlier gone to Syria and Lebanon, though it seems likely that they will try to get to Europe.

Christians are not the only group at risk. There are many small unorthodox Shiite communities in northern Iraq, and they are recipients of the same threats being directed against the Christians. There are also Mandaean Gnostics. In the period of the American occupation, the predecessors of IS such as al-Qaeda in Mesopotamia, had routinely target Christians and heterodox Shiites for bombings and attacks.

Likewise, women are suffering, since the radical fundamentalists want to impose a kind of house arrest (“seclusion”) on them. On Sunday, IS executed a woman in their stronghold of Raqqa in Syria by stoning her for alleged adultery.

In the meantime, IS may be throwing its weight around without really controlling Mosul, where the Men of the Naqshbandi Sufi Order are allegedly reasserting themselves. IS fighters have gone south to Tikrit, now the front between the Baghdad government and IS territory. The Iraqi Army has apparently suffered humiliating checks at the hands of IS.

It seems like that IS will continue to play an out-sized role in Mosul and elsewhere until the Baghdad government and the Iraqi army get their act together.

Press TV: “Christians are hurriedly fleeing from the city of Mosul following an ultimatum issued by ISIL”