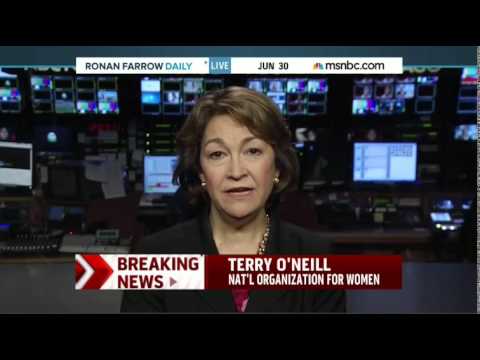 On Monday the Supreme Court handed down its ruling on the Hobby Lobby case. They ruled in a 5-4 decision that corporations who have religious objections to birth control no longer have to pay for insurance coverage of those contraceptives, as mandated under Obamacare. This decision actually marks the first time that the court has ever declared that for-profit corporations can hold religious views under federal law. But it is certainly not the first time that this court has made it clear that they believe that corporations are people.

While this ruling is disappointing to Liberals and those on the side of Pro-Choice, it is important to notice that this ruling only affects a small number of people and businesses. The decision written by Samuel Alito, specified that it only applied to closely-held corporations who have 50% or more of the company owned by 5 people or fewer.

There are a few things that I find very interesting about this case and ruling. For one, I worry that this case opens the door to all sorts of other cases based on religious grounds. I mean, what if Hobby Lobby, or another corporation who fits into this category decides that because their religious beliefs tell them that homosexuality is wrong, they will no longer offer insurance that covers HIV treatment?

And another concern I have is that this entire ruling is based on non-science. Hobby Lobby didn’t want to cover certain types of contraceptives. To be more specific, they objected to any drugs or devices that they believe cause abortion. They didn’t want to offer any birth control that would affect an already fertilized egg. And they specifically called out the morning after pill.

Of course, the problem with this is that SCIENCE shows us that the morning after pill actually does NOT cause abortions. Apparently all of the women on the Supreme Court understand this concept. But once again the old Conservative men on the court have shown that they would rather base their rulings on hearsay and rumors.

Another thing that I believe will prove interesting with this is how it will affect Democratic turnout in November. This certainly works as a great rallying call for the left. And Congressional Dems are already promising to find a way to make sure that ALL women have access to contraception.

You know, the really ironic part of this story is that Hobby Lobby and Conservatives claim that they were fighting this mandate because they are so against abortion. But without affordable access to contraception, there will surely be more abortions. I’m not sure that they thought this one all the way through…..

This work by Liberals Unite is licensed under a Creative Commons Attribution 3.0 Unported