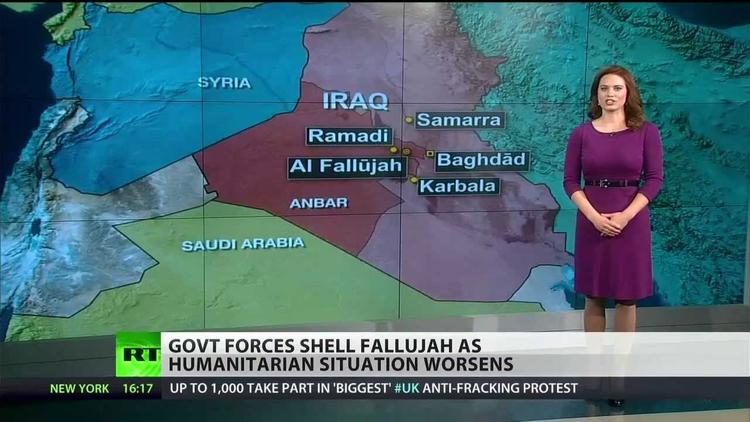 There are such things as small terrorist groups that do a lot of harm and lack any significant social or political support. It may well be that such groups can be defeated by counter-terrorism operations.

Other so-called terrorist groups are more organic, growing out of the profound suffering and grievances of a whole population. Such groups may deploy terror (attacks by non-state actors on non-combatants), but they aren’t actually just terrorist groups. They are insurgencies. Only about 20% of insurgencies end by the decisive military defeat of the insurgents on the part of the government. Most are ended through a negotiated settlement.

In spring of 2004, some Blackwater mercenaries were hotrodding it through the Sunni Arab city of Falluja just west of Baghdad. They were attacked by an angry crowd, killed, and their bodies desecrated. Three of the four were Americans.

Newsweek reported at the time that George W. Bush took the attack as an affront to the US and said “heads must roll.” He set in motion a siege and invasion of Falluja. But in April 2004 the US lost control of southern Iraq because of the Mahdi Army uprising, and Bush was trying to transition to a civilian Iraq government instead of the failed American viceroy, Paul “Jerry” Bremer. Several members of the Iraqi governing council that was advising Bremer on the transition threatened to resign if Falluja were invaded. So Bush backed off.

But after Bush won reelection against John Kerry, he immediately returned to the plan to invade Falluja. The administration charged that Abu Musaab al-Zarqawi, leader of al-Qaeda in Mesopotamia, was based in Falluja and that large numbers of the car bombings in Baghdad were planned and carried out from there. In November of 2004, the US surrounded and then invaded Falluja. The US military destroyed the city, leaving many buildings in rubble. The population either ran away to refugee camps or stayed to risk death. The death toll will never be known.

All the Sunni Arabs in Iraq were furious about the US invasion and razing of Falluja. They announced that they would not participate in the January, 2005, elections. And that began the alienation of the Sunni Arabs from the new Iraqi government, which came to be dominated by fundamentalist Shiites and separatist Kurds.

After Falluja was invaded and partially destroyed, the car bombings went on just as before. It was not in fact indispensable to the resistance to US occupation. Indeed, Zarqawi was killed in late spring of 2006, a year and a half later, and that made no difference to the rate of violence, either.

The US misunderstood the Sunni resistance as narrow, as consisting of a few small terrorist groups. Washington thought it knew where they were based (Falluja) and was convinced that invading that city would allow them to inflict substantial attrition on the military and organizational capacity of al-Qaeda in Mesopotamia. US security analysts wrote me at the time saying that killing leaders was crucial, because leadership skills are rare and leaders are hard to replace.

In January of 2014, early this year, Falluja fell to the successor of al-Qaeda in Mesopotamia, the Islamic State of Syria and Iraq. The Sunni Arab population of the city had been done out by a all those years of American occupation and then the high-handed Shiite dominance of PM Nouri al-Maliki. So the 2004 invasion of Falluja not only did not root out “terrorism,” it paved the way very possibly for Iraq to lose Falluja and other major Iraq Sunni Arab population centers.

Likewise, the Israeli military profoundly misunderstands Hamas. It is ridiculous to dismiss it as a terrorist organization. it is broadly based and has an important political wing.

For this reason, the Israel ground invasion of northern Gaza will be no more successful than the US invasion of Falluja. The Israelis cannot actually destroy Hamas or its capabilities as long as significant numbers of Palestinians in Gaza support it. That support is political, having to do with the organization’s role in at least trying to stand up to Israeli oppression, occupation and blockade.

Oppression and occupation produce resistance. Until the oppression and the occupation are addressed, the mere inflicting of attrition on the military capabilities of the resistance will not snuff it out. Other leaders will take the place of those killed.

If Israel really wanted peace or relief from Hamas rockets, its leaders would pursue peace negotiations in good faith with Hamas (which has on more than one occasion reliably honored truces). Otherwise, invading Gaza will have all the same effects, good and bad (but mostly bad) that the US invasion of Falluja had on Iraq.

Falluja via RT from last March