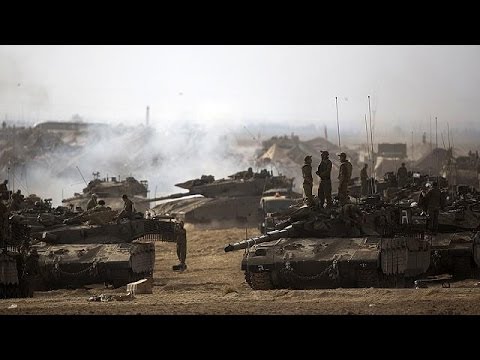 Prosecutor: “Justices of the International Criminal Court, I shall demonstrate to you that this man (points at detained Israeli PM Binyamin Netanyahu in orange jump suit and manacles at accused table) is guilty of serious breaches of international law and not just of war crimes but of a pattern of systematic war crimes over time. As you know, such a pattern amounts to crimes against humanity. He is also guilty of the crime of Apartheid, which is itself a crime against humanity according to the United Nations.”

Prosecutor: “The first charge is the systematic and prolonged violation of the 1949 Geneva Convention on the treatment of populations in times of war and in militarily occupied territories. According to article 49,

Justices of the ICC, I maintain to you that Israel occupied the West Bank in 1967 and that it is an occupied territory under the definition of the law. I maintain to you that Israel illegally annexed part of the West Bank to its artificial “district of Jerusalem,” itself a violation of the United Nations charter that forbids acquisition of territory by military conquest, and to which Israel is signatory. Thereafter, Israel flooded 300,000 Israelis from its own civilian population into this district, surrounding Arab East Jerusalem and isolating it from the Palestinian population of the West Bank.

I further maintain to you that Israel has settled over 400,000 Israelis from its own population in what is left of the West Bank. This is a total of 700,000 or more persons from Israeli proper settled in Occupied Palestine. Mr. Netanyahu has accelerated this squatting, and sees it increasing by 50% over the next few years. Worse, these settlers are often armed and commit violence against the native Palestinians, with the connivance of Mr. Netanyahu.”

Justice looks at Netanyahu: “How do you plead to the charge?”

Netanyahu: “Judea and Samaria are an inalienable part of Israel and not occupied territories.”

Justice: “Mr. Netanyahu, you are to plead guilty or not guilty. The status of the West Bank as an occupied territory is not in question here; it is universally recognized as such in international law.”

Netanyahu: “The terrorists will not be allowed to pose an existential threat to the state of Israel.”

Justice: “Guilty or not guilty to the charge of violating article 49, Mr. Netanyahu. Terrorism charges may be brought against Hamas leaders if you like, but they are not pertinent to your violation of article 49. As you should have learned in kindergarten, two wrongs don’t make a right.”

Defense attorney for Netanyahu whispers in his ear, then turns to Justices. “Your honors, my client pleads not guilty by virtue of Iran’s nuclear bomb.”

Justice: “Iran does not have a nuclear bomb; and if it did it would be irrelevant to the charge against you. If you insist on these histrionics, Mr. Netanyahu, I will have you gagged.”

Prosecutor: “Your honors, the West Bank, home to 2.6 million Palestinians, has become an Apartheid situation under Israeli rule. Mr. Netanyahu has denied the Palestinians the right to a nationality, and says he will forever do so. He has built large numbers of apartment complexes for illegal Israeli squatters on Palestinian land, from which all Palestinians are excluded. This pattern of systematic residential discrimination is typical of Apartheid. He has built highways that Palestinians may not drive on. He has established checkpoints that limit Palestinian mobility in the Palestinian West Bank. He has instituted a pass system identical to that of old Apartheid South Africa. He has had wells dug into aquifers for illegal Israeli squatters, lowering their level and causing Palestinian wells to run dry, in hopes of chasing Palestinians out of the West Bank. This situation meets most of the elements in the Rome Statute’s definition of Apartheid, II, C:

The Palestinian West Bank under Israeli military occupation is the very face of Apartheid, your honors.”

Justice to Netanyahu: “How do you plead to the crime against humanity of Apartheid?”

Netanyahu: “Israeli security can only be guaranteed if we control the borders with Jordan.”

Justice slaps forehead. “Clerk, enter a plea of “not guilty” for Mr. Netanyahu. And schedule him for jail time for contempt of court until he apologizes for wasting our time with propaganda.”

Netanyahu defense attorney: “Your honors, we request dismissal of all these charges.”

Justice: “On what grounds, counselor?”

Justice (to clerk): “Double the jail time for contempt of court.”

Prosecutor: “Your honors, the current Israeli attack on the Gaza Strip, which Israel occupied in 1967 and which it continues to surround and blockade today, has involved numerous strikes on medical facilities, including an old people’s home and health care clinic and a medical center for the disabled. At the disabled center, two challenged persons were killed and more were wounded.

“This is a direct violation of Article 18, ‘Civilian hospitals organized to give care to the wounded and sick, the infirm and maternity cases, may in no circumstances be the object of attack but shall at all times be respected and protected by the Parties to the conflict.’ ”

Justice to Netanyahu: “How do you plead?”

Netanyahu: “It is very unfortunate that Hamas hides its rockets in hospitals.”

Justice: “Do you have any proof of that allegation?”

Netanyahu: “All Arabs are terrorists, so obviously the handicapped ones are, as well.”

Justice (to Prosecutor): “Do you have more charges, counselor?”

Netanyahu stands and gives long muffled speech that cannot be understood because of the gag.