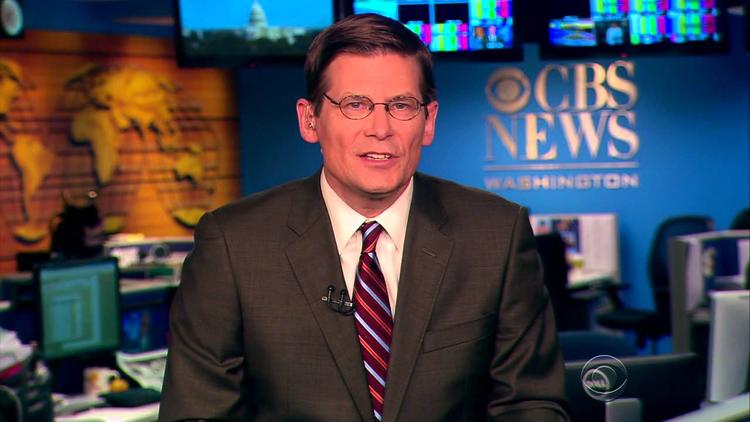 There was no mention of Iraqi Prime Minister Nouri al-Maliki in Abu Bakr al-Baghdadi’s speech. However, he did make a statement that Gulf leaders should not take lightly. He said: “I do not promise you prosperity and security the way kings and leaders promise their followers and subjects…” This criticism of kings and rulers translated immediately into a suicide attack carried out by terrorists in a Saudi government building in Sharurah along the borders with Yemen.

The Islamic State in Iraq and Syria’s (ISIS) war led by Baghdadi does not spare anyone, from Maliki to the Gulf leaders to Lebanon, Syria, Jordan, Iran and the world. Perhaps that is why he delivered a sermon dealing with international issues, avoiding domestic Iraqi issues and speaking about victories “all over the world.”

This is the first observation. What else?

– Baghdadi’s appearance in one of the most important mosques in the city of Mosul is a painful blow to the United States, its president, its security apparatus, and NATO. The US has designated Baghdadi a terrorist since May 2011 and offered a $10 million reward for whoever helps capture him. The US should know every inch of Iraq after occupying the country and building its army. Is it possible that Baghdadi’s security and hiding methods would go undetected by the most important intelligence agencies in the world? Or is there a kind of complicity for some reason that will become evident later? Some people are suspicious of the reasons behind Baghdadi’s release from US prisons in Iraq in the first place even though US intelligence agencies were aware of the danger he represents.

– It is obvious from the precision of the videotaping that Baghdadi’s security team is highly professional. A technical and directorial team took its time to try four or five cameras and arrange the lighting and sound. Security measures were also highly professional, with all forms of communication in the mosque cut off and the use of sophisticated security devices. Everything suggested that the person coming to the mosque was an important ISIS figure. Is it possible that no one paid attention?

– Based on the few pictures distributed by US intelligence agencies and then Iraqi agencies three years ago, the man who appeared in al-Kabeer Mosque in Mosul was indeed Baghdadi. Perhaps he had the sermon recorded to discredit reports of his injury. The date the sermon was recorded is unknown, but it was probably in the past few days since he makes references to Ramadan.

– It is obvious that Baghdadi is used to public speaking. Born in 1971, the leader with an al-Qaeda-esque mentality used to preach in the mosques of Iraq and has a PhD in Islamic studies. Perhaps he wanted to show off the oratory qualities of a man, who until recently, was unknown. Using a lot of references from the Quran and the Hadith (sayings attributed to the Prophet Mohammad) was perhaps motivated by his desire not only to be persuasive but to showcase his depth of knowledge and memorization.

– Jihad, conquest and victory were the most frequently used words in his speech. Baghdadi mentioned jihad and mujahideen six or seven times. This means he has no project other than establishing the caliphate by the power of force and persuasion. He spoke about “the book that guides and the sword that brings victory.” His saying: “If you see that I am right, assist me and if you see that I am wrong, advise me,” is probably based on the speech in which Omar ibn al-Khattab (the second caliph) said: “O people, whoever among you sees any crookedness in me, let him straighten it.”

– Baghdadi did not say anything about his predecessors in the jihad launched by al-Qaeda. Therefore, his break with the leadership of al-Qaeda and specifically its current leader, Dr. Ayman al-Zawahiri, continues with putting himself above them all. Let us remember that he refused to pledge allegiance to Zawahiri in the past and fought al-Nusra Front. Perhaps he is concerned that Sunni religious leaders, who openly rejected his leadership of Muslims, have. These concerns stem from the fact that Baghdadi asked everyone to obey him. There is no doubt that behind this concern also lies a power struggle between regional countries.

A Russian official says: “The Russian leadership considers the takfiri terrorists currently striking in Iraq, after Syria, Moscow’s number one enemy. We experienced this kind of terrorism in Chechnya and Georgia, and bombings hit the heart of Moscow. There is no solution but to uproot it. We are seeking to form a serious international and regional front. It is the duty of the US and NATO to work in earnest for establishing a front to fight terrorism that would consist of all countries without exception. In addition, Gulf countries, primarily Saudi Arabia and Qatar, should stop arming and funding insurgents in Syria.”

Information available to Moscow indicates that there are steps in that direction on two levels. On one hand, the Russian leadership is increasing its military assistance to the Iraqi government and coordinating with Iran and Syria. On the other hand, there are contacts on an almost daily basis with the leadership in the Gulf and the West to isolate ISIS militarily, financially and politically.

The Russian and Iranian initiative still clashes with the US and NATO position that rejects the idea of intensifying military aid before an internal political agreement is reached in Iraq. This means, either keeping Maliki from heading the next government or strengthening the Sunni presence in key positions. Iran, so far, is refusing to exclude Maliki but it is open to strengthening the Sunni presence.

A European diplomat says: “A US-Iranian agreement produced a government in Lebanon in which Sunnis had a significant presence and Saudi Arabia gave its allies the green light to join the government and launch a security plan. This saved Lebanon from drowning in the fires of terrorism. Our information at the time suggested that the security situation in the country was on the verge of collapse if an internal understanding with a regional and international backing is not reached. We tried to do the same thing in Iraq but the parties’ intransigence paved the way for ISIS to step in forcefully. Now we have to quickly address what happened because the danger of terrorism reaches everyone, including Europe and the US itself.

Information from Russia and the West underscores the desire to contain ISIS before it is too late and to prevent its leaders from expanding and stabilizing its presence. There is also a desire to undermine its nurturing environment by attracting Baathists, previous officers and tribal leaders. There are contacts with Gulf countries that wield influence among the Iraqi tribes to play part of this role.

European sources recognize the difficulty of the current phase with the emergence of a takfiri group [that excommunicates other Muslims] that is well-trained and equipped in a manner rarely seen among jihadist movements before. But they say: “This is the first time in the history of fighting terrorism where all the countries in the region and the world come together around the need to coordinate with each other to fight against it.” The same sources reveal that there is international security coordination on more than one level that includes Iran, Turkey, Saudi Arabia, Syria, Qatar, Yemen, Kuwait, the United Arab Emirates and others irrespective of political disagreements.

Some in Europe are speaking of “security surprises coming soon” despite their concern over possible terrorist reactions that might take place against Western interests or in Western countries.

Talk of security surprises is in line with a central Iranian decision to prevent ISIS from turning Iraq into an arena for Sunni-Shia strife. Military plans are in the process of being devised with the aim of paralyzing ISIS’ ability to expand further and preventing it from reaching holy sites that are sacred to the Shia. There is no specific information about what is being worked on but close sources say: “It is not going to take too long. Some results will emerge faster than people expect.”

Some may believe that what is happening in Iraq represents a trap for Iran that will prompt it to make compromises on the nuclear issue and in Syria and Iraq. But a previous European diplomat who specializes in Shia and Iranian affairs said: “Tehran has the kind of patience that allows it to withstand shocks like these and turn them into its favor. It is neither in the US nor Iranian interest to undermine the current nuclear understanding. In addition, the sectarian balance in the Gulf between the Shia and the Sunnis and the presence of most oil reserves among the Shia of Iran and the Gulf contradict claims about the victory of one side over another. Besides, the threat to the Strait of Hormuz is ongoing.”

The European diplomat is certain that US President Barack Obama cannot use Iraq to put pressure on Iran regardless of how much Israel and the Gulf put pressure on him. The reason is that terrorism has come to represent a grave danger to the interests of the US, the Gulf and Israel itself. Besides, the decline in the popularity of the US president domestically can become disastrous if terrorist attacks take place against US interests or on US soil. Obama, who boasted of killing Osama bin Laden in the spring of 2011, finds himself today facing a figure perhaps more dangerous, more bloody and more ambitious to establish the caliphate than al-Qaeda’s late leader himself.

CBS Evening News: ” How big of a threat is Abu Bakr al-Baghdadi?”