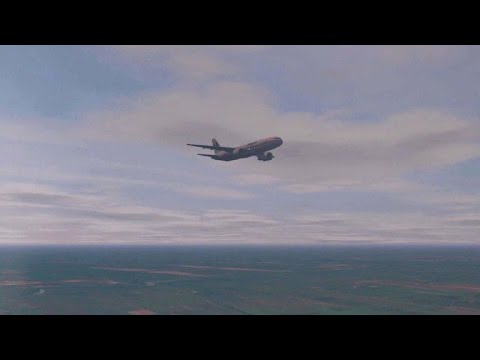 The tragic circumstances surrounding the downing of Malaysian Airlines’ flight MH17 remain unclear. The three parties who might be responsible – the Ukrainians, the Russians and the rebels – all blame each other. All possess, or have the capacity to possess, the Buk surface-to-air missile system that reputedly brought the plane down.

President Obama made clear in a news conference today that Russia’s supply of weaponry to the rebels means that he holds both parties culpable. But whoever is eventually found responsible by the forthcoming international investigation, the incident throws the Ukraine-Russia conflict back onto the international agenda, provoking criticism of Russia’s involvement – whether direct or indirect.

Yet, for the US security establishment, these developments should come as no surprise. Since the end of the Cold War, a continuing concern of the CIA has been the issue of what they describe as “instability on the Russian periphery”. Of course, their more significant geopolitical concern for much of the last two decades has been unfolding events in the “Stans” of central Asia: Kazakhstan, Kyrgyzstan, Tajikistan, Turkmenistan, Uzbekistan and – of course – Afghanistan.

Few in the US security establishment have concerned themselves with Russian-Ukrainian relations. They reasonably assumed that Ukraine would inevitably participate in the regional transition to liberal democracy as it spread eastward. Ukraine’s Orange Revolution in 2004 seemed to confirm this assumption.

The struggle to re-engage Europe

The events of recent months have resulted in a reappraisal in Washington’s halls of power. President Obama, somewhat uncharacteristically, has attempted to assert American multilateral leadership in cajoling his European counterparts into taking a stronger position towards Russia, pushing for stronger sanctions.

But the president’s efforts to engage Europe’s major governments have been complicated by two factors. The first is the continued stream of revelations about NSA spying on Europe’s top brass. It is hard to get America’s supposed allies to co-operate when there is no fundamental trust between the two sides, and their domestic constituencies are clamouring for a bold response to American surveillance. Angela Merkel risks looking like a fool if she is seen to rush to support a president whose agency is bugging her phone.

The second factor is less pressing but perhaps more important: stung by two world wars, the Europeans (and I don’t include the British or the French here) have repudiated the use of war and have often expressed incredulity at Vladimir Putin’s naked aggression. They struggle to offer an adequate military deterrent to Russian incursion, even under NATO’s umbrella. Worse still, they remain overly reliant on Russian oil and gas. So they recognise having few effective options when it comes to Ukraine and have adopted a very cautious approach.

So that leaves Obama with a quandary: with unenthusiastic partners, how can America deter the Russians? Here is where the reaction to the planes downing in Europe’s major capitals becomes crucial. Will it prove to be, as the BBC has suggested, a “game changer”, providing them with the resolve to support tougher sanctions short of indisputable proof of Russian responsibility for the plane’s downing? Will they be willing to risk Putin’s ire by seizing the opportunity to demand he withdraw any ongoing support for the rebels and reach a broader regional agreement with the Ukrainian government?

Certainly, doing so will require some delicate diplomacy, avoiding any explicit findings of Russian culpability in the shooting down of MH17. But doing nothing also carries its risks, notably that it will further embolden Putin and in fact increase the likelihood of continued Russian support for the rebels.

What is clearer is that Obama will find little enthusiasm for strong action at home. The American public, despite the protests and threats of Republican foreign policy spokesmen like John McCain, is clearly in no mood for what they see as any foreign policy “adventurism”. Generally, the American public does express an innate desire to “do the right thing”, to support the underdog and redress obvious injustices. Politicians will undoubtedly express indignation about the loss of American life. But the fact that there is no clear culprit at this point and that there are no core American interests at stake, will temper these tendencies.

Added to this is the fact that both academics and policy wonks in the US are engaged in a very public debate about the future of American “grand strategy”. Its core question concerns whether the US should sustain or retrench on its global military commitments – and the money spent on them. America spends approximately 4% of its GDP on its military budget, France and the UK about half that figure and Germany 1.3%.

The current Ukrainian-Russian conflict is a poster child for both sides in this debate. It is one in which the Obama has carefully avoided embroiling himself. He has wound down two wars in Afghanistan and Iraq. Where America has been involved, notably Libya, he has ensured limited American engagement. Deep involvement in the unfolding developments in Ukraine is therefore clearly not enticing for a president with this track record.

Against this domestic backdrop, President Obama has few options at his disposal.

Russia’s presence on the Security Council ensures that pursuing any initiative through the United Nations will be fruitless. Any large-scale NATO commitment is out of the question, and even sending a symbolic force to the region risks exactly the kind of messy entanglement to which the president has proven to be allergic.

Unilaterally, America can deepen and expand the sanctions against Russia and against the rebels in eastern Ukraine. The President essentially threatened to do so today. But sanctions take a long time to be effective, any immediate effects are clearly of little concern to Putin in the short term, and simply encourage defiance among Russia’s nationalist parties. America can even increase material support to the Ukrainian government in its fight against the rebels through military and economic aid. But there is no guarantee that will ensure a resolution because the Russians may counter by doing the same for the rebels. In effect, he cannot directly influence developments in the region on his own.

No, President Obama needs solid, consistent and explicit long-term support from Brussels and Europe’s major capitals in order to get anything done – to present a united front both diplomatically and economically. The answer to whether Europe is willing to pay the inevitable cost of doing so will be answered in the coming days.